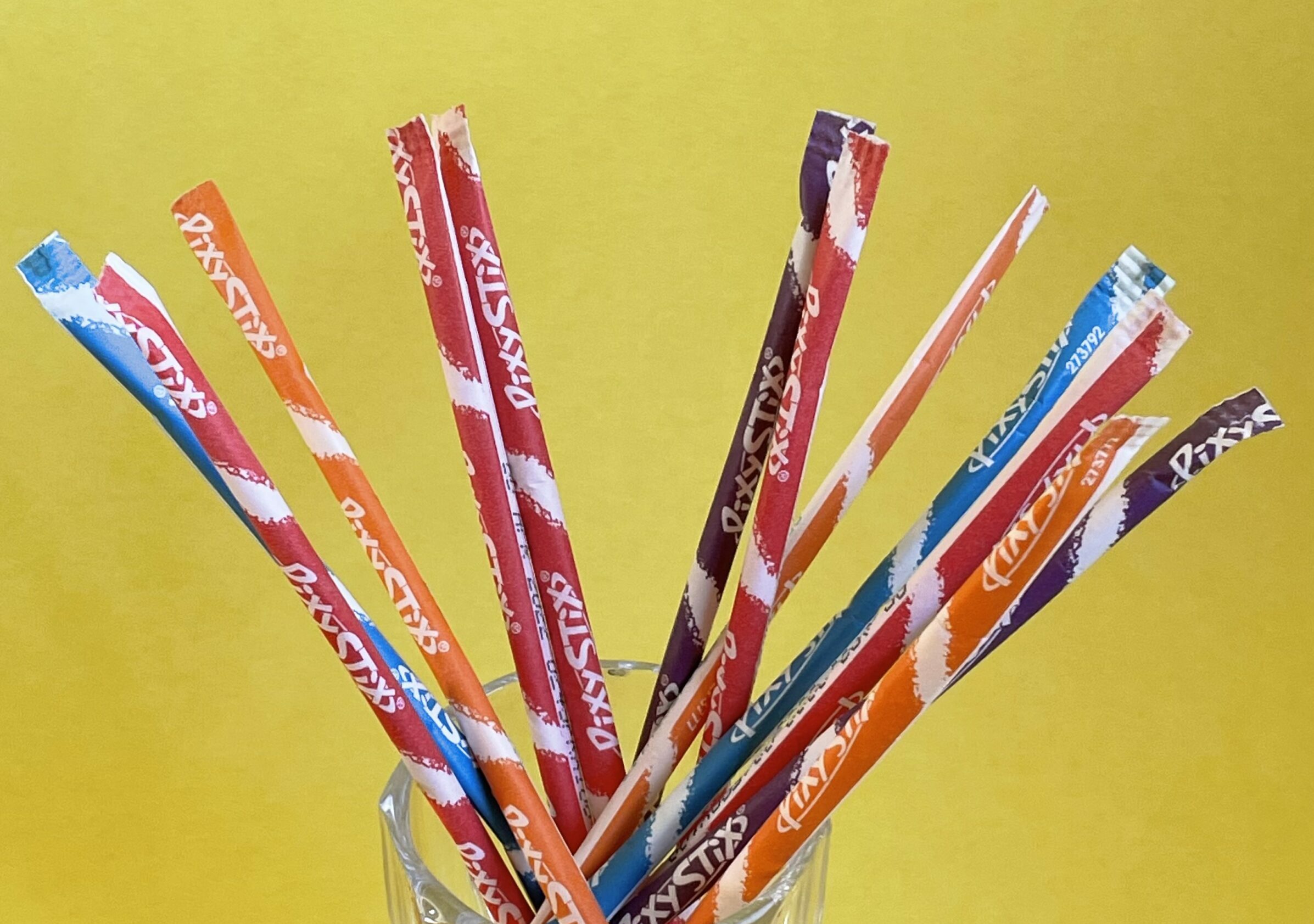 What is Retro Anyway?

These days, we’ve been thinking a lot about retro candy. The reason is pretty simple – people like… make that love… retro candy more than any other category of confections. But what is retro candy? We searched the Web and found that most candy sellers believe retro candy is either a “trip down memory lane” – or a “walk through the 1900s.” In other words, retro old is relatively new.

Make sense? Not to us. So, we took the matter to our Facebook friends and the customers at our brick-and-mortar store in Harpers Ferry. We asked two questions – what is your favorite retro candy? and what date was it invented? The responses varied. 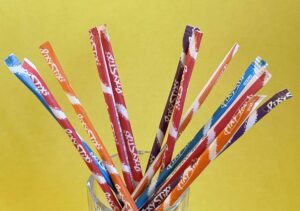 Jeremy Butler, for example, said his favorite candy was SweeTarts, circa 1980. The actual date was the 1960s, but close enough. The SweeTart story goes back to the late 1920s and a drink mix that became a candy known as Pixy Stix. In the 1960s, Pixy Stix makers created a neater version of this favorite treat … which was the SweeTart. 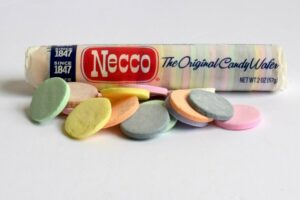 Others bucked conventional thinking saying the 1800s was the start date for their retro favorites think: NECCO Wafers which originated in 1847. Kirsten Renee Campbell guessed her favorite, salt water taffy, was from the 1800s and she was right. Late 1800s, to be precise. By the way, salt water taffy was never actually made with salt water. It did originate on the Atlantic City boardwalk, but saltwater taffy doesn’t differ much from what you can get, say, in Colorado. Which is a good thing if you happen to live in Colorado. 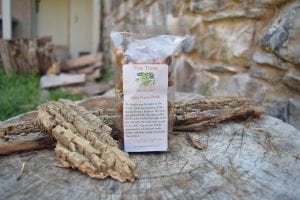 The answer I love the best, though, is from Andrea Blavat. Her favorite is peanut brittle. As for the date – she said “pre-historic times maybe?” And right she was! Well, more or less. Brittle is one of the oldest candies around, dating back thousands of years to a mixture of honey and sesame seeds. This candy, which originated in the Middle East and Mediterranean, likely contained cane sugar as well, which grew freely in India, an apex of the ancient Spice Trade. As for sesame seeds – yes – but this early brittle likely contained other nuts as well.

Does this make brittle truly “retro”? By the common definition that retro signifies a 20th century treat, probably not. But then, plenty of other candies would be bumped off the list as we said, such as the NECCO Wafer, Kirsten’s taffy, and other “retro” favs such as 1800s candy corn, circus peanuts (keep reading for a retro recipe using this controversial candy), cotton candy, Black Jack Gum, fruit drops, marshmallows, caramels, and more. Some, such as candy sticks and Altoids (yes! Altoids), go back even further (OK – Altoids originated in the 1780s) such as Jordan Almonds which go back to the ancient Romans – marzipan, too. 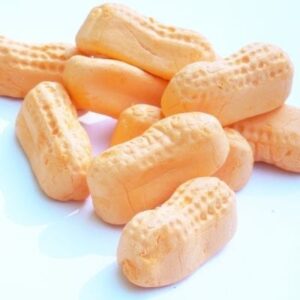 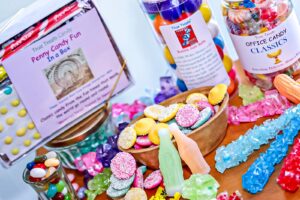 So here’s the point: let’s redefine retro and in doing so acknowledge a link to the past that taps all our senses. Taste the candy. Smell it. Hear the crunch and so on and on. With each bite you’ll be connected to lives and locations you never imagined.  As for the purpose of eating these treats? Well, that varied, depending on the candy (some, for example, were medicines) but the underlying value was always sweet.