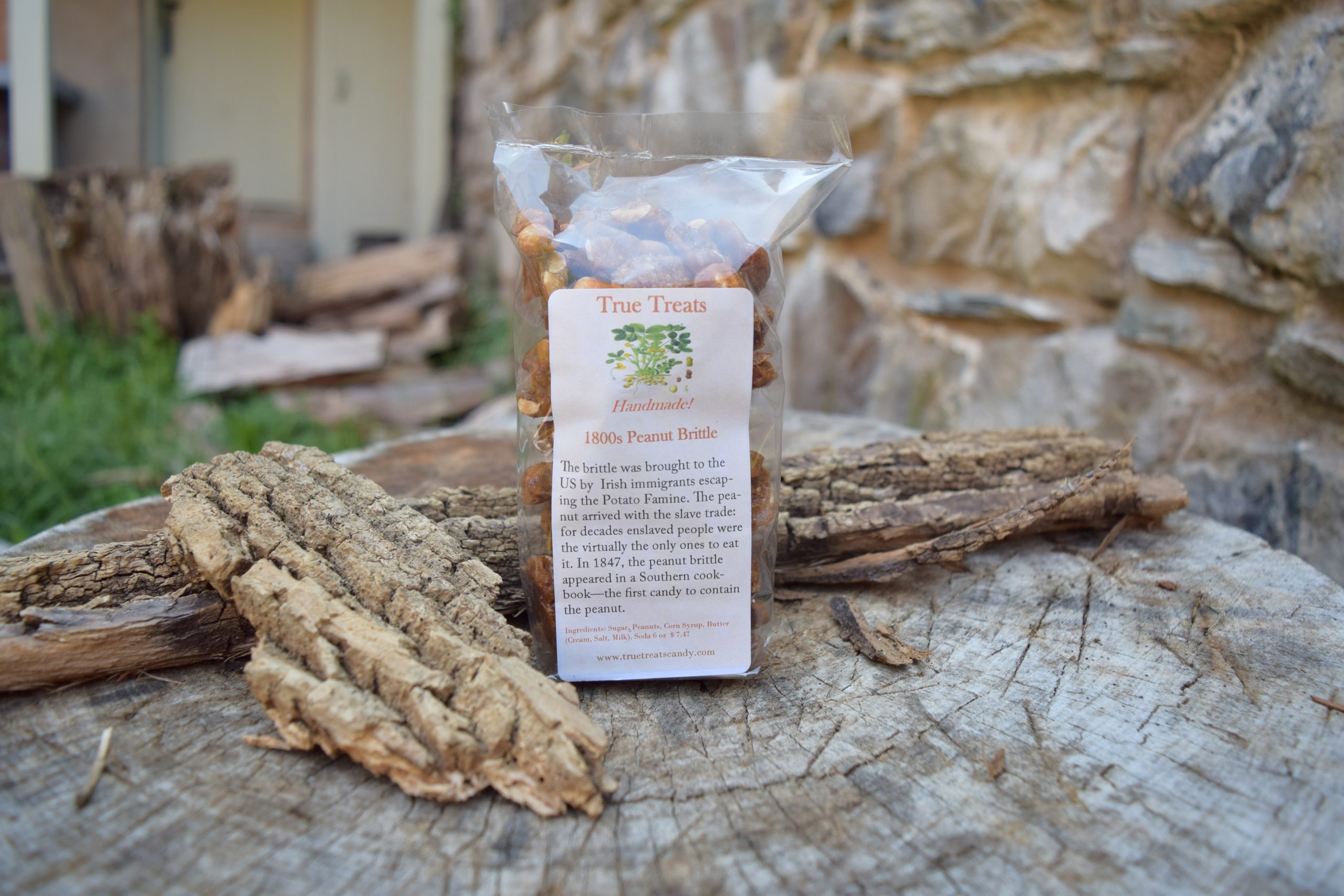 This peanut brittle is buttery, rich, and delicious because it’s made from an early 1900s recipe by hand, in small batches. Not your average brittle! 6 oz in a heat-sealed bag with the history on the label.

When Tony Beaver was born, he was your average West Virginia baby: normal weight, normal size. But soon, he went through a growth spurt that would not stop. He grew to be a large, strapping guy with a fondness for the outdoors. In fact, he was so fond that he lived at a lumber camp he built near the mythical “Eel River.” A congenial guy, he made himself available to those in distress, their summons passed on to him by a seemingly tireless jaybird. [i]

To get a better idea of Tony Beaver’s greatness, one cold winter, when the snow was so high the mountain folk couldn’t gather firewood, Tony single-handed crossed the snowbanks, cut off the tops of the trees and dropped them down the local’s chimneys. When the spring crop failed, Tony, whose garden sprouted produce as oversized as he was, grew ‘‘tater’’ that spread across four acres of ground, and kept the entire town fed for weeks.[ii]

So, you can imagine the magnitude of what occurred when peanut brittle was involved. Apparently, the Eel River breeched its banks and threatened to flood the town, destroying everything. Quick-thinking Tony Beaver stopped the flood by pouring vast quantities of molasses into the river then adding, to ensure the safety of one and all, peanuts. The locals were saved and, in the process, a new candy was created. West Virginians, in their jubilation, started making the peanut brittle and have been making it ever since.