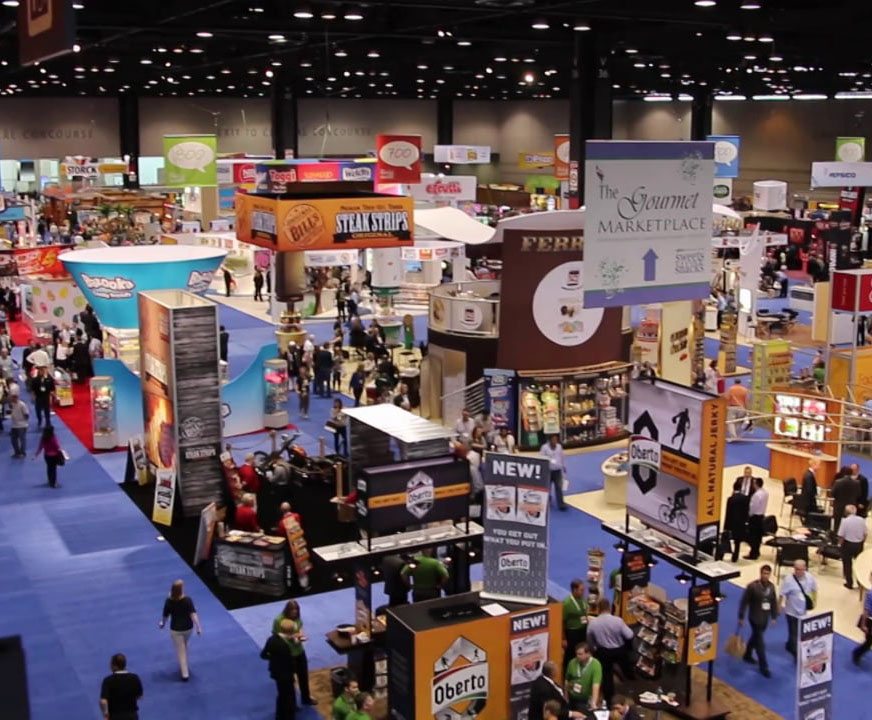 What’s new in the candy universe? I decided to find out at the annual Sweets and Snacks Expo held at Chicago’s McCormick Hall. What I found was plenty of candies that are delightfully old. Best of all, the owners of the companies who make them were there – such as Mitchel Goetz, whose family has been making Caramel Creams for generations, and Ross Born, of the Peeps family fame… my personal real life heroes.

Among the classics were the Wax Lips, big bar Tootsie Rolls, American Licorice Black Licorice Twists, and Goldenberg’s Peanut Chews (now made by Just Born). Even better, candy-makers such as Ken Weisen are bringing long-lost classics back, such as the Regal Crown, the epitome of tart tastes from the 1950s, Reeds Candy of the late 1800s, and the 1930s wonder, Turkish Taffy, originally intended to be marshmallow.

So, candy-makers, here’s a request from my customers: how about bringing back Sen Sen, Black Jack Gum, and Smith Brother’s Cough Drops, among dozens of other. We miss them – their flavor and the memories they bring.

As for me, I’ll be attending the 2018 expo to find what’s new that’s entirely old.