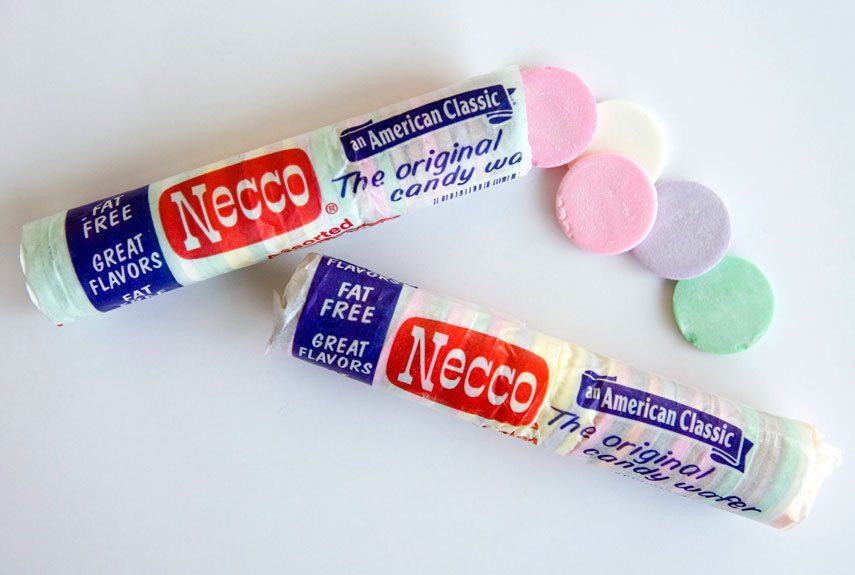 The First Penny Candies: What’s Missing and Why?

retro candy The First Penny Candies: What’s Missing and Why?

Look carefully at this list and you’ll notice a difference from lists of today which would more likely read:  Dum Dums, Ring Pops, Smarties, and, on a good day, NECCO Wafers. In other words, then we had candy. Now we have brands.  And speaking of brands, it’s worth asking why the NECCO wafer, originally called the Chase Lozenge, or generically a soft paste candy, didn’t make the list. Made in 1847, it was among the nation’s first, if not the first, penny candy.

Here’s why: up through the mid-1900s, candy was a blend of local, handmade treats and some sold by peddlers and salesmen. Each town had their own assortment, many ethnic, courtesy of immigration. In the 1920s, for example, up to 100,000 varieties of candy bars were on the market, compliments of small candy-making enterprises, some produced in the kitchen or basement of the business owners’ homes. Candy, like all food, told a story about places and people that were shared for a penny or less.

I know, I don’t have to tell you, candy today is all about brand, such as Ghirardelli, Lindt, Hershey and many others who, ironically, got their start in the 1800s. Today’s candy gets more and more sour and the chocolate gets darker and darker or more and more fanciful, depending on whether it’s targeting health-conscious grown-ups or kids. But it doesn’t really vary that much. Even the small family-owned candy stores are startlingly alike: chocolate covered nougats and creams of tasty but limited range.

Somewhere, buried inside the ingredients list, are stories but nothing like the all those other stories that never make the shelves.  Who knows what the candies taste like and the stories reveal, but it would be amazing to find out.