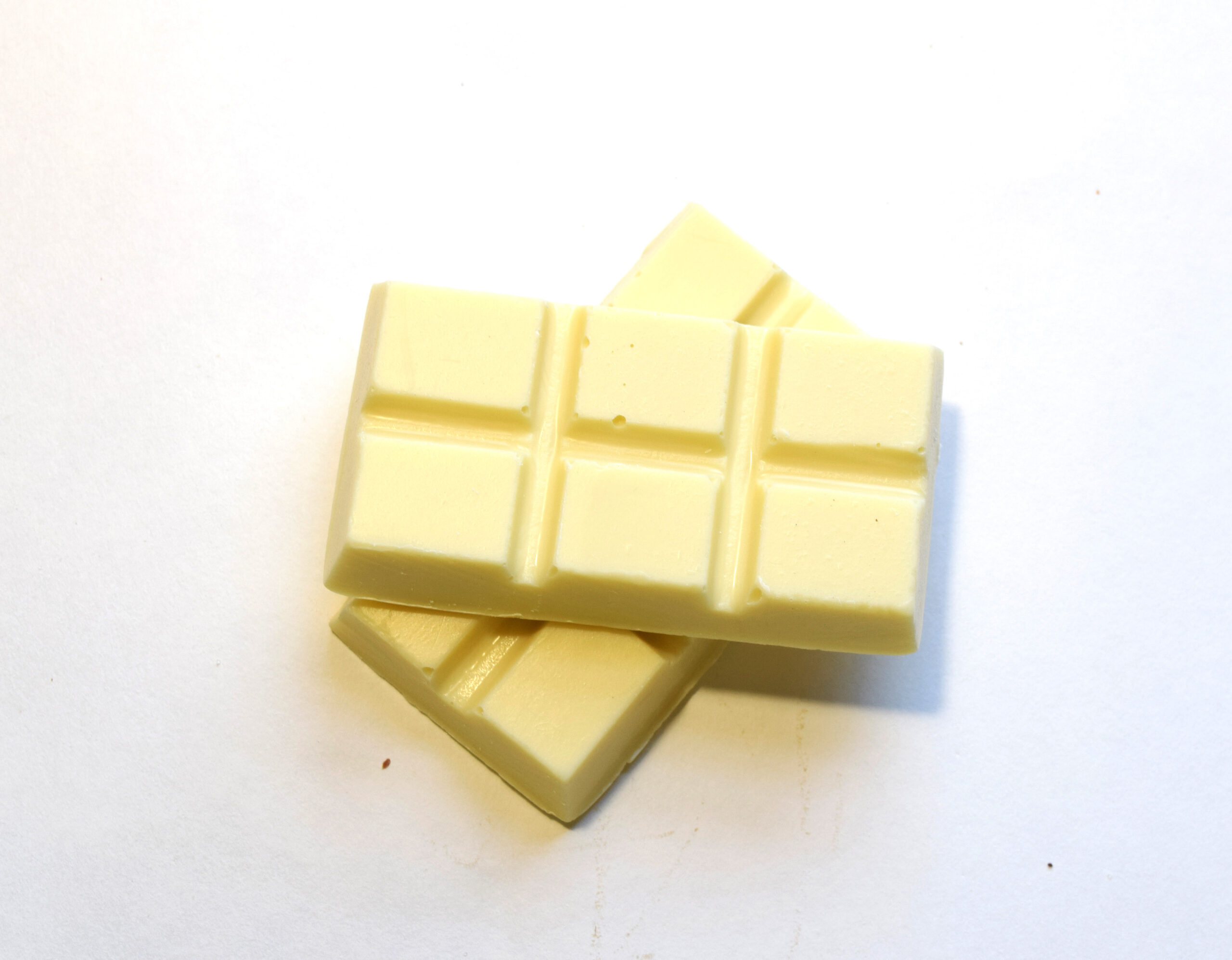 Handmade white chocolate from an original 1940s recipe – white chocolate, rich and delicious. As for the history – start with the nibs direct from the tree, ground into a hearty drink by the ancient Olmecs, Maya and Aztecs. Jump ahead a bit and the North American Colonists were drinking a version of the ancient beverage – especially when boycotting British tea. About 100 years later Daniel Peters, a Swiss chocolatier, developed milk chocolate with a pharmacist neighbor – Henri Nestle. Today a version of Peters’ chocolate is in an early “kiss” called the Wilbur Bud. Around that time, the Quakers of England developed a flat candy bar…and universe of candy possibility unfolded. As for the WHITE CHOCOLATE! That appeared in the mid-20th century.  Invented by Nestle the white chocolate made a big splash everywhere, A stack of two, tied with a keepsake tag.