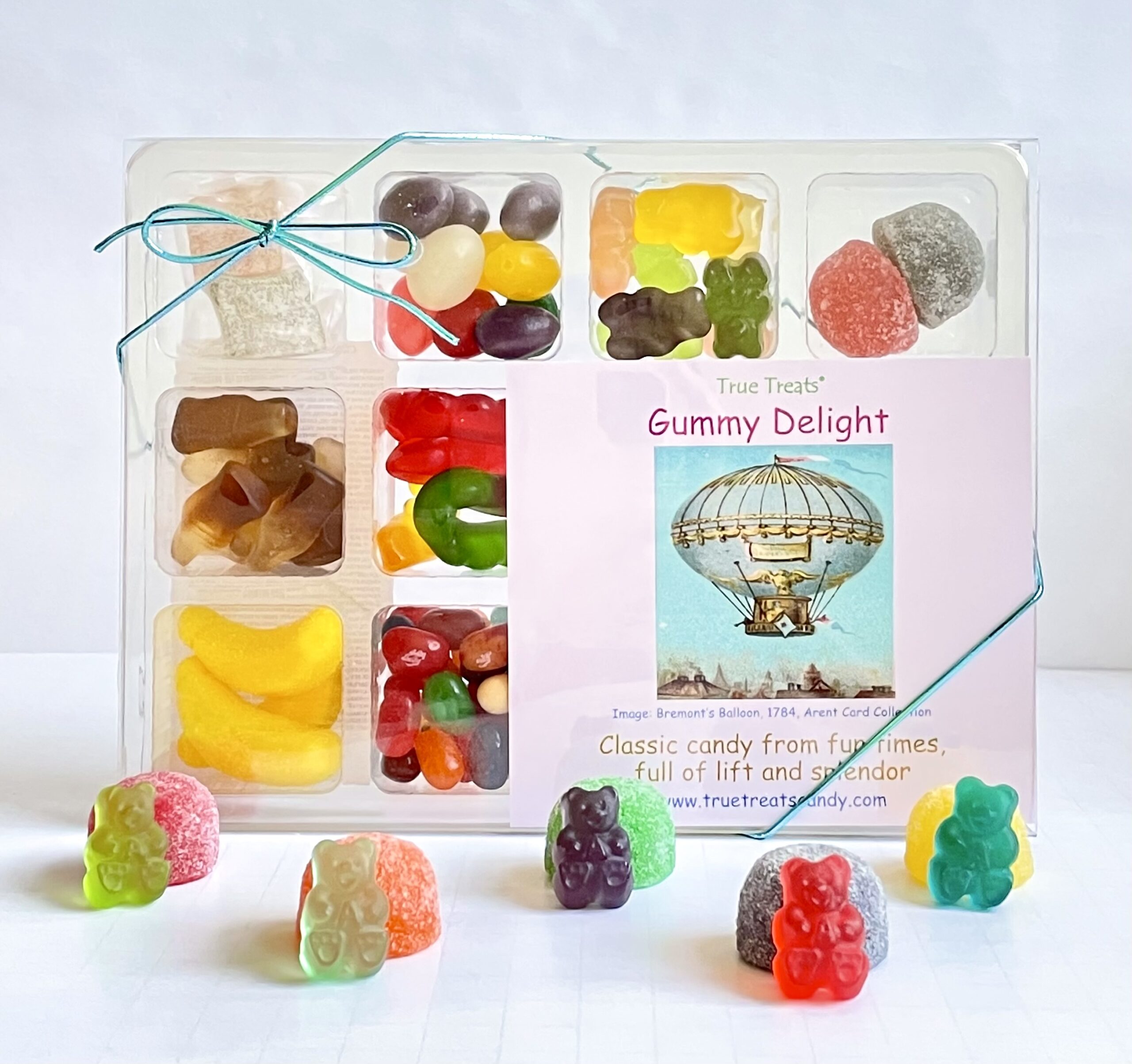 If you love gummy candy – and who doesn’t? – then this collection is perfect for you. You can eat your way through gummy candy history, starting with the original version – Turkish delight, which became the gum drop, then the jelly bean…all the way up to the present. The portions are perfect – just enough – and the candy is always fresh and flavorful. And, so you don’t get lost on your gummy timeline travels, we’ve supplied a keepsake card with the gummy story on the back. 12 samples. GREAT GIFT!

The History of Gummy Candy

We know you have lots of questions about gummy candy – one of the most popular retro candies, with a truly old-time candy history. FAR OLDER than what most people think. So, here goes… (Susan provided some of the information that follows to Smithsonian Magazine, for a recent article. You may have seen it there!)

When were gummy candies invented?

Gummy bears were the first “gummy” candy, made in 1922 in Germany. BUT – the basis of the gummy bears goes back much further than that. Gummy bears, and all gummy based candy, likely started with Turkish delight – first sold around 900 CE as a medicine in the Arabic apothecaries. In the 1700s, a Turkish sultan fell in love with the sweet and word traveled around the world where it was widely enjoyed.  Why was Turkish delight a medicine?  One important reason: it contained sugar, seen then, as now, to ease sore throats. The original Turkish delight did not contain gelatin, unlike the gummy candy of today. People love the Turkish delight for the same reasons they love gummy candy – a smooth texture and sweet flavor, fruity flavor.

The selection of shapes and sizes has varied wildly, as well, creating a remarkable range of choices.  Best idea – enjoy all of them!