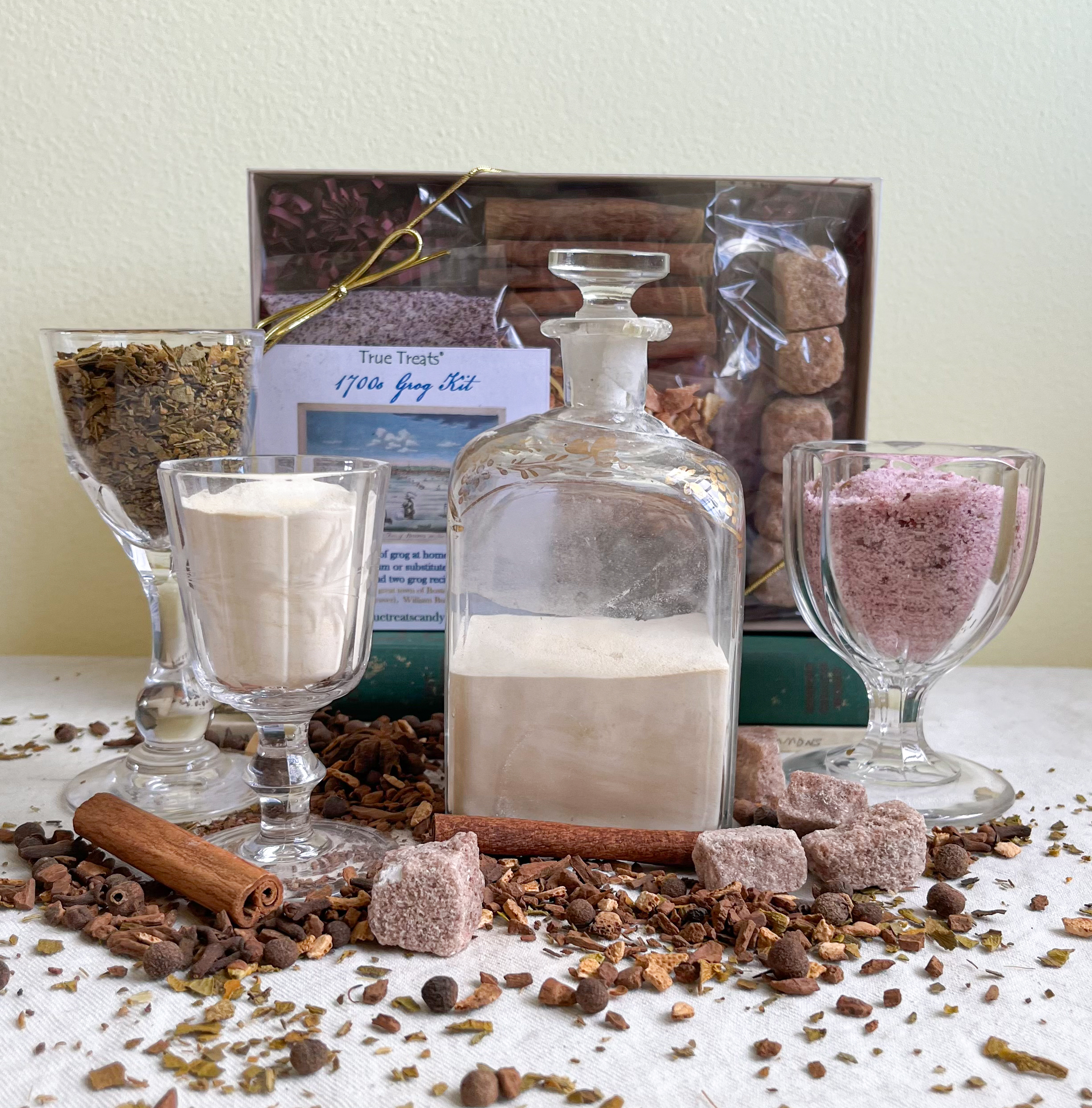 Easy-to-Make, comes with historic image and recipe on a keepsake card.

Celebrate the past. Enjoy today.

Edward Vernon, a British admiral, created the first “grog” – rum diluted with water to allow the naval squadron to drink rum without getting drunk. What followed were as many variations of the drink as there were ships, containing sugars, a variety of fruits, and spices to improve the flavor. The drink later became a favorite of the Continental Navy.

Why Did They Call It Grog, Anyway?

The name “grog” came from Vernon’s nickname “Old Grog”, for the grogram cloth coat he wore. As for Vernon – George Washington’s brother, Lawrence, served under Admiral Vernon and named the now famous estate in his honor. Keepsake tag with recipes included.