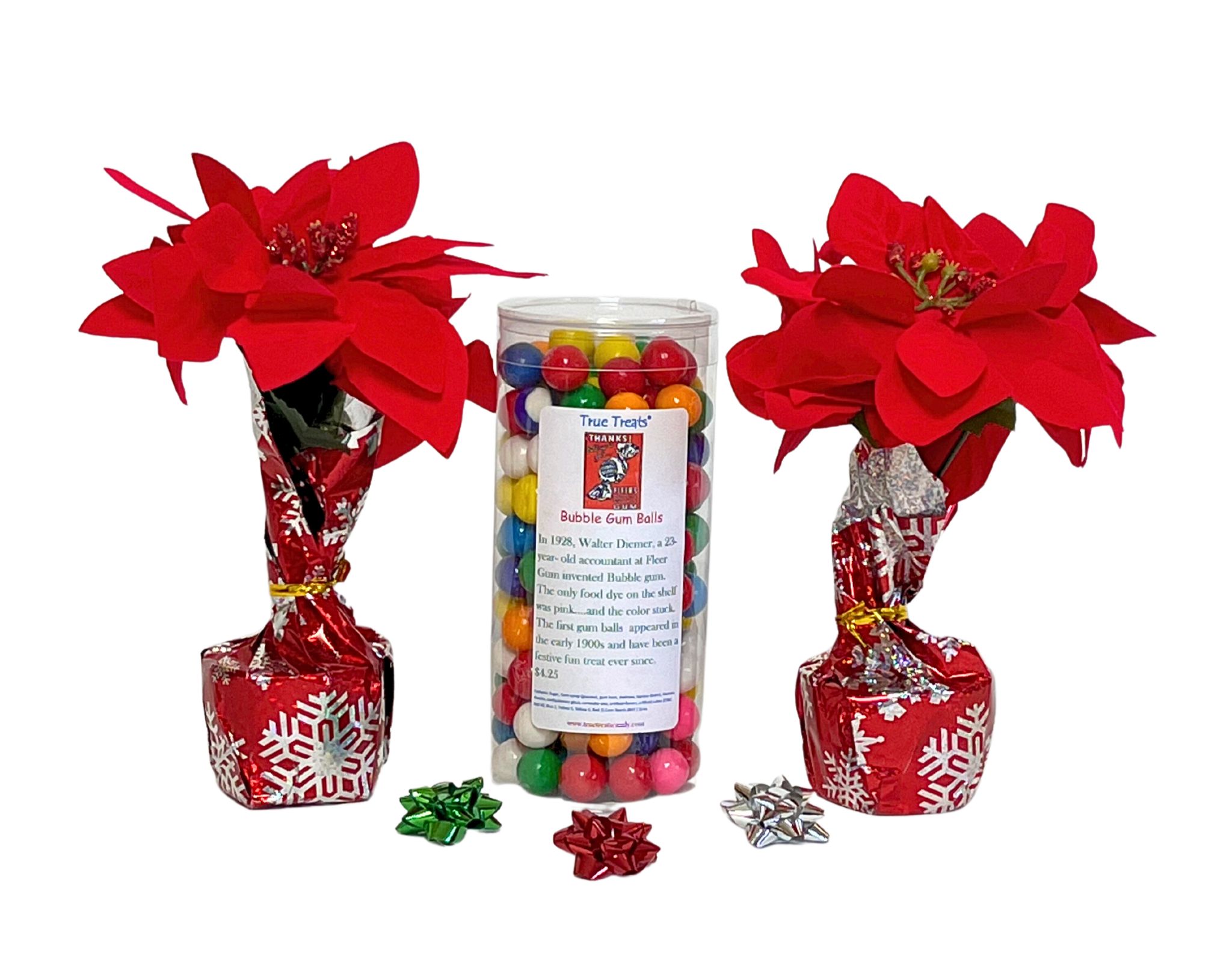 Why is Retro Bubblegum Pink, Anyway?

In 1928, Walter Diemer, a 23-year- old accountant at Fleer Gum invented Dubble Bubble, the first bubble gum! The only food dye on the shelf was pink….and the color stuck. The first gum balls appeared in the early 1900s and have been a festive fun treat ever since.

Bubblegum merged with the candy cigarette in the 1950s to create the paper wrapped favorite, bubblegum cigarettes, complete with a puff of sugar “smoke.” Bubblegum cigars were originally made in the 1940s and 50s for parents announcing the birth of a new baby and came in a variety of colors and “brands.” They became a penny candy staple along with other favorites from the era – Pixy Stix, bubble gum cigarettes, and satellite wafers!