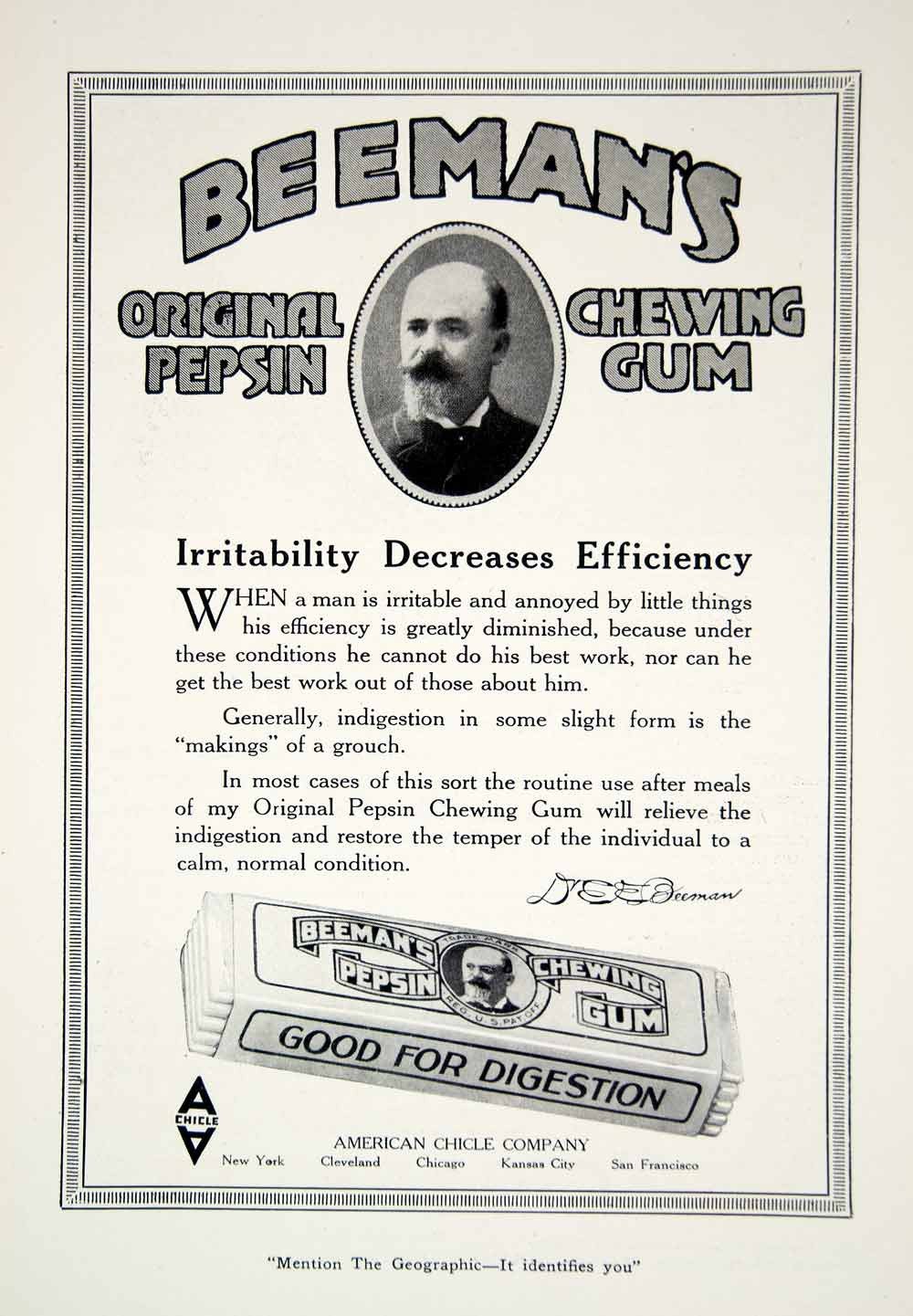 The True Story of Beemans – Pig Guts and Pepsin

The popular Beeman’s gum was invented in the late 1800s by Dr. Edward E. Beeman, an Ohio-based physician and researcher, who discovered that pepsin, derived from the stomach of hogs, could aid digestion. He begin selling pepsin powder, but sales were not what he’d hoped. So, Nellie Horton, his bookkeeper or local shopkeeper, depending on who you ask, suggested that he make a delicious tasting pepsin chewing gum to increase sales.

Beeman made the gum. It tasted good, was individually wrapped, but sales were lackluster. And why? Beeman was a doctor, not a marketer, and called his company the unappealing “Beeman’s Chemical Company.” Worse, he put the unfortunate picture of a pig on the wrapper until Nellie Horton convinced him otherwise. By 1892, Dr. Beeman’s bearded and, I might add handsome, face was on wrappers, billboards, ads and newspaper pages. With his good looks and tasty concept, Beeman eventually became owner of a million dollar enterprise.

As for the charming and insightful Nellie Horton – she was richly rewarded as Beeman had given her stock as a thanks for her help. 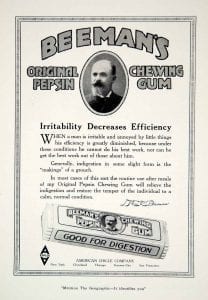 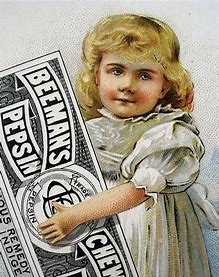