The Not Dumb Dum Dum

The Dum Dums lollipop was first made in 1924 by the Akron Candy Company. According to manufacturer Spangler, who purchased the company in 1953, they produce12 million Dum Dums per day and about 2.4 billion Dum Dums each year.

The reason for its success goes back to the 20’s with I.C. Bahr, a company sales manager. At that time, marketing was no longer a tacky sales pitch. It was all about strategy, demographics, and imagination. Marketing had risen to a heyday which, to be frank, has yet to end. Good salesmen knew that the candy’s name could be translated into dollars, and no one knew more that Bahr. He named the lollipop “Dum Dums” knowing that kids could remember the names and ask their parents to buy some.

Today, more Dum Dums are given away than any other sweet. Not so dumb the Dum Dum.

Don’t like the Dum Dums you’re eating? Try another, any other.

Dum Dums started out with seven flavors: lemon, lime, orange, coconut-pineapple, cherry, grape, and butterscotch.   Over the years, flavors came and went. Chocolate, for example, was in in 1955 and out five years later. In 2000, the company added Buttered Popcorn, but was “sent on vacation” a year later which indicates to me it might return. Today, the flavors include a caveat for creative license, aptly called the Mystery Flavor™, and these:

Lest you think the manufacturer has slacked off in their marketing acumen, forget it. The newest invocations: Dum Dums Crafts. Yes, you can make Dum Dums topiaries, Dum Dums infused wreaths, Dum Dums Sparkling Drinks, and my favorite: the Dum Dums Candy Flower in Dirt. Oh, and more. Did I forget to say that? Here you go: http://www.dumdumpops.com/crafting. 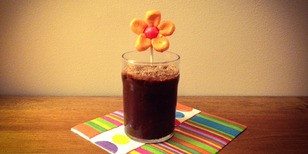 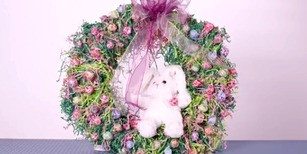