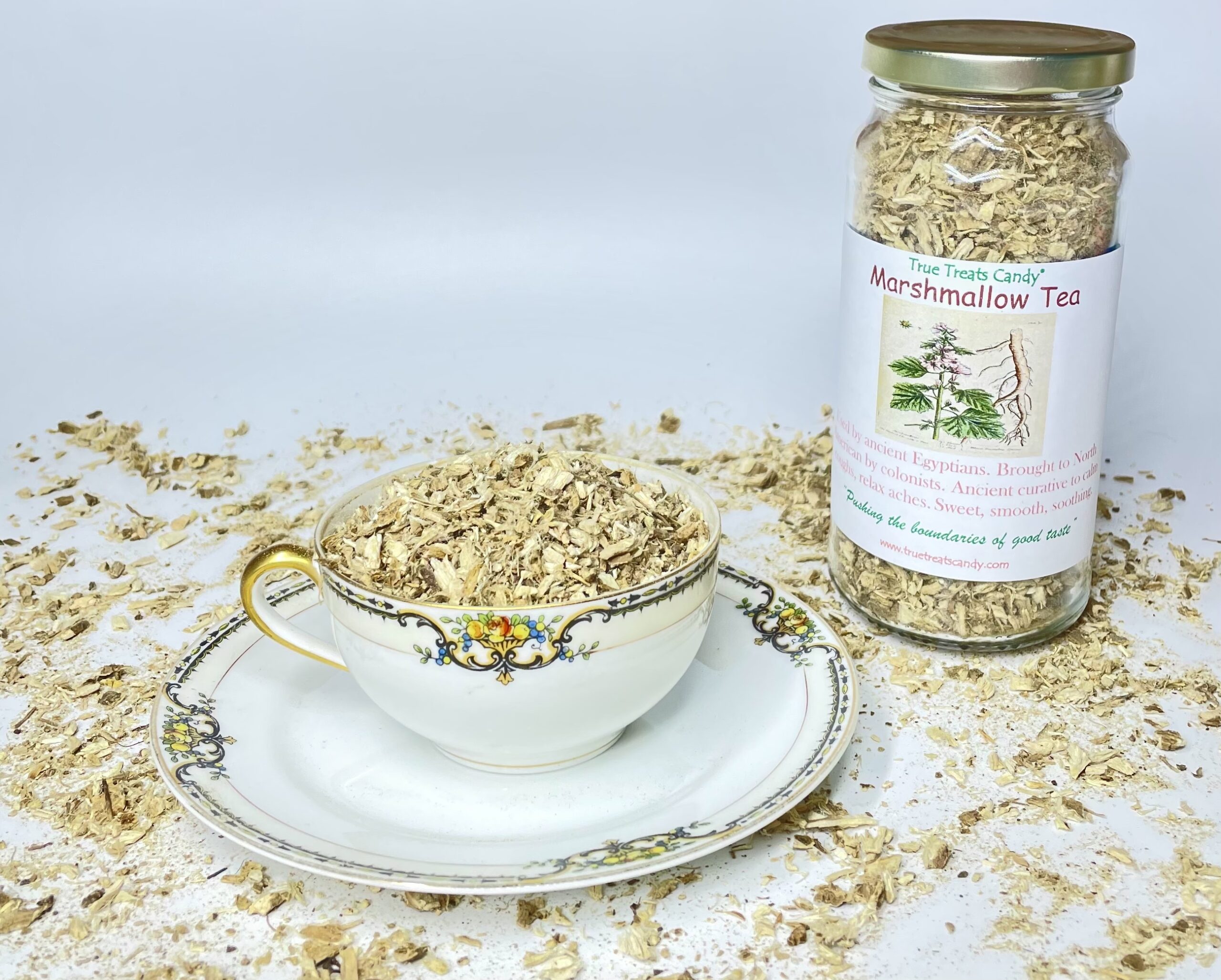 A sweet, woody flavor, the marshmallow root tea makes an interesting blend and is great on its own. I like to add a little sweetener, but that’s personal choice. The texture is smooth, as marshmallow has a high mucilage content, and thickens when cool.

The marshmallow plant, or Althaea officinalis, is a relative of the hollyhock, with pastel-colored, papery flowers. The plant, especially its roots, have a sticky substance that once gave the marshmallow its taste and texture. Today, the root is widely available as tea: the mucilage is like a syrup in hot water but thickens into a sweet gel when cool. 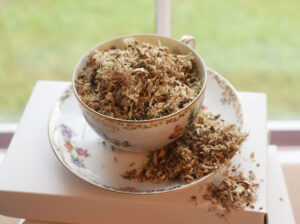 What does marshmallow for the body?

Marshmallows are no mere fun food but one of humanities’ earliest confections. They originated from the root of the marsh-mallow plant, an herb of the mallow family which, no surprise, grows in marshes. Ancient Egyptians boiled and mixed the root with honey to create a dense, cake-like confection reserved for the gods and royalty. But the true value of the marshmallow was its medicinal qualities. The root contains a gel-like mucilage that was said to soothe sore throats, gastrointestinal inflammation, stomach ulcers and, even, work as a laxative, among other qualities.

What don’t we use the marshmallow plant today?

As delicious as the marshmallow was as a confection, it was replaced by instant gelatin in the mid-1800s. The mucilage just made it too sticky and temperamental for people to make at home.

As a tea, the marshmallow lives on, enjoyed for its flavor, health benefits, and history. As a sweet – not so much, but we DO have vintage marshmallow recipes from Eleanor Parkinson’s book “The Complete Confectioner” published in in 1864 if you want to give it a try. PLEASE – let us know if you do!

Here’s Another Option – A Bit Harder:

Place the mixture in a covered jar and let sit overnight. Enjoy the drink with honey or other sweetener or as is.

from Eleanor Parkinson in 1864

If you want to give this recipe a try, you may need to cut the quantities to size. Remember early cookbooks were written for domestics in the homes of the well-to-do or for the homemaker herself (aka “Woman of the House”) so she could manage the staff. The quantities might need to be adjusted for today’s smaller size of friends and family.