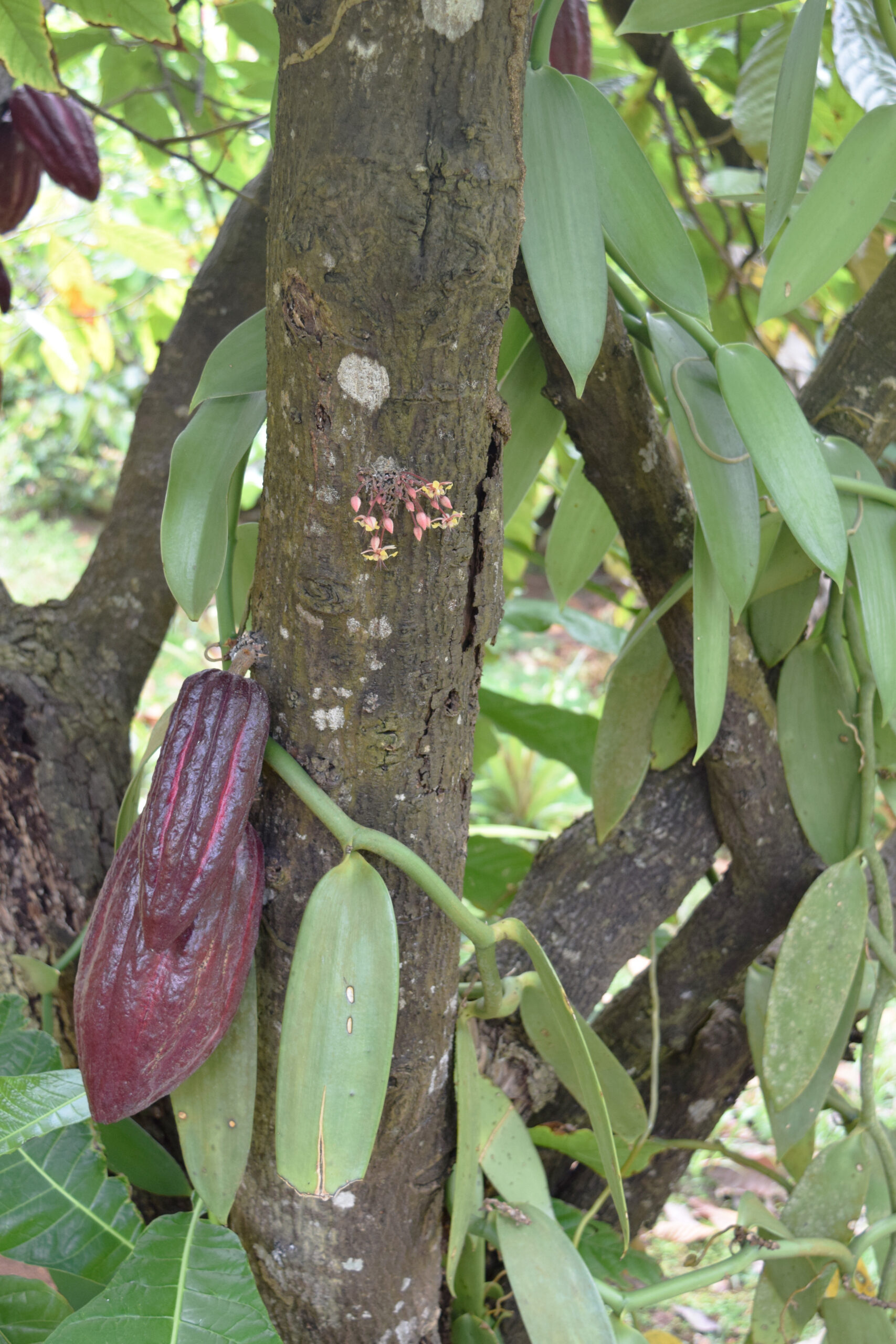 What is this winding plant?

Hint:  It’s the sexiest plant around and the source of one of the most revered flavorings.

It’s the vanilla orchid, known more formally as the Vanilla planifolia. A native of Mesoamerica, it winds its way up other plants, embracing, rather than clinging, as it does. The pod accentuates its intrinsically sexual – and sensual – nature, as it resembles a vagina. Even the name “vanilla” reflects this fact: the Spaniards, who “discovered” the orchid in the early 1500s, compared it to a sheath or “vaina,” derived from the Latin “vagina.” No surprise, the vanilla was long considered an aphrodisiac and, as the flavoring became more bountiful, a comfort food.