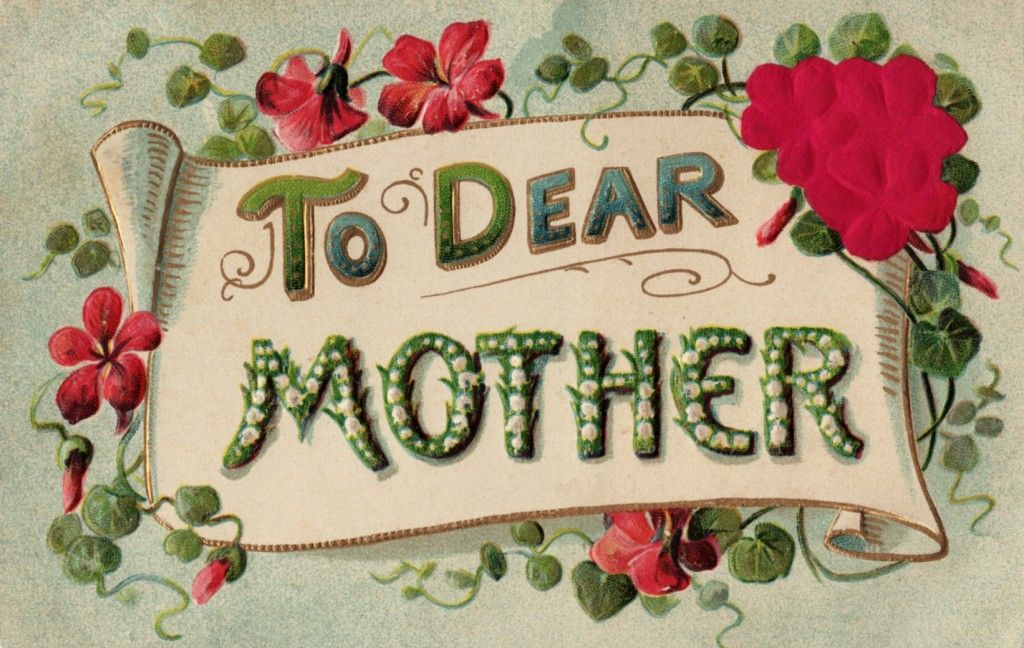 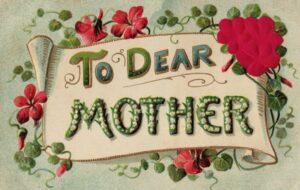 So, What Candies Do Mothers Really Want For Mother’s Day?

A good question seeing that just about all of us are buying or receiving Mother’s Day gifts now. Is candy among them? Should it be? If so, what kinds? Being a research-based candy company, we decided to dig deep. We looked up stats online, compared sales of clothes, flowers, jewelry and, of course, candy. The findings are clear – flowers, jewelry and candy are at the top. Of course, plenty of other favorites were in the mix… some not presents exactly, but ideas like time off! A day of freedom, as in time away from the kids. That came up a lot. 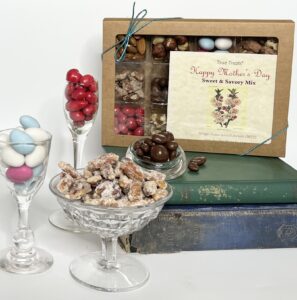 For obvious reasons, we decided to focus on candy. So, we turned to our Facebook friends for the most reliable data possible about what their mothers’ favorites. Now remember – we didn’t ask our friends’ ages – or for that matter, their mothers’ ages which may have changed the response. We guessed, given the age of our average customer, their moms are likely in their 50s and 60s.

Regardless – the results were surprising to say the least. Here’s what we found… 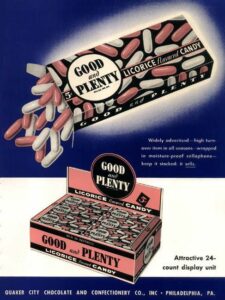 Our favorite response comes from David Mills who said: “She liked everything. Seriously, there was nothing that she didn’t like.” We love knowing that. Melanie Mills, a relative, weighed in, indicating David’s Mom was not only a candy lover, but a candy influencer. Melanie said: “She loved circus peanuts and she was the one who made me try black licorice. She even got my sister to like black licorice. She and my mom would share a box of, I think it was, Good and Plenty.” Hey David and Melanie – did you know Good n’ Plenty is the nation’s oldest brand, made in 1893? 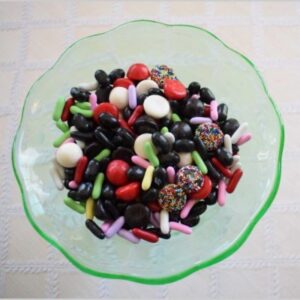 Our friends’ list included lots of licorice – a total surprise as licorice isn’t on the horizon of most loved candies for anyone. Good n’ Plenty (circa 1893), as David and Mel told us, plus black jelly beans, general black licorice anything and Twizzlers. When you think about Twizzlers, you probably think 1970s. But this company outdates even Good n’ Plenty. It started in 1845! 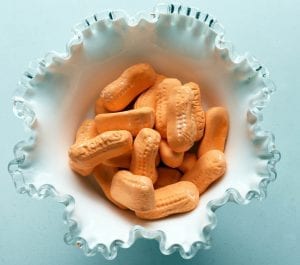 We could have guessed Moms like retro candy – most people lean in that direction. But the kinds of retro were a surprise. For the most part, our friends’ mothers skewed old school. No late 1900s favorites such as Jelly Belly Beans, Zotz or even Gummies (only one mention of these). These Moms went 1800s including the most controversial candy ever – Circus Peanuts, made in the late 1800s for…you guessed it … circuses. Also – Candy Corn, which also started life in the late 1800s. Originally called Chicken Feed, it was a summertime snack at first – not made for Halloween! Gwen Wyttenbach told us her Mom would mix them in a dish with “Spanish” peanuts. Interesting.

What about CHOCOLATE for Mother’s Day?

Industry experts all point to chocolate as women’s preferred flavor. Not so in our Mother’s Day findings. Of all 78 responses, less than half mentioned chocolate and of that number, only a few mentioned chocolate as the only, or most preferred, candy. Is that because chocolate has historically been a man’s food? Remember: chocolate originated as a drink, dating back to Mesoamerica where it was esteemed by men – namely soldiers and tyrannical leaders – who enjoyed the drink for virility and strength. Hmmmm… 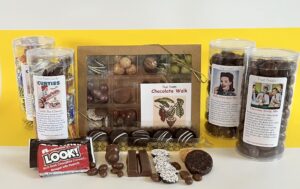 Mothers Do Love Chocolate… But Not What You Might Think!

OK – we expected to hear a lot about fancy chocolates – the type that started in the late 1800s when eating chocolate became quite the thing. This line-up includes sumptuous truffles, creams, and other varieties still around today. But our Facebook friends told us about classic candy bars, which got their start as energy bars and part of the first rations in World War I. Among the names named – Snickers, Rocky Road, 1000 Grand, and Almond Roca. Several did mention Cherry Cordials – made popular by the now defunct Brach’s in the early 1930s and chocolate covered raisins, a favorite of yours truly, and a hit in the early movie theater concession stands.

We love outliers and are happy to say these included sea foam (from Lucile Allen, a True Treats alumni) and chocolate covered honeycomb – another version of sea foam; halva (we carry this – ancient and Middle Eastern); the gummy-esque Wisconsin Raisins from, that’s right, Wisconsin, little known but shouldn’t be; and my friend and neighbor Karen McMullen’s mom’s favorite – Bit O’ Honey from the 1920s. 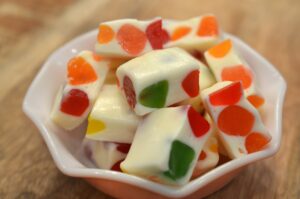 Our Facebook friend Peg Norton Foster told us about “…white nougat things with little pieces of gumdrops in them. Peg added: “I know mom had them around a lot in the late 50s and 60s. I am a chocolate freak so she got them mostly to herself.” Peg – we actually carry your Mom’s favorite, although the gum drops have been replaced by it’s candy cousin, jelly beans!

We Asked Some of Our True Treats Employees… What’s Mom’s Favorite Candy? 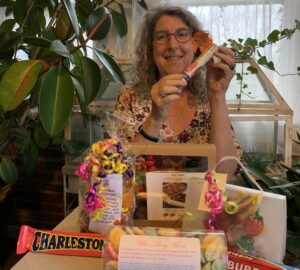 Susan Benjamin, True Treats President – “My mother actually didn’t like candy! But if I had to pick, I’d say the peanut butter cup. She ate one maybe every other year!”

Jackie Woods, Packer – “My mother’s a donut and cookie person… but I’m a momma and I love anything chocolate or All-American Caramel.”

Pam, Packer – “Hershey kisses, Hershey with almond… Always Hershey. My favorite candy is Payday, but I love Mounds too.”

THANKS EVERONE!! We LOVE your Feedback. And Happy Mother’s Day to all the mothers out there!!