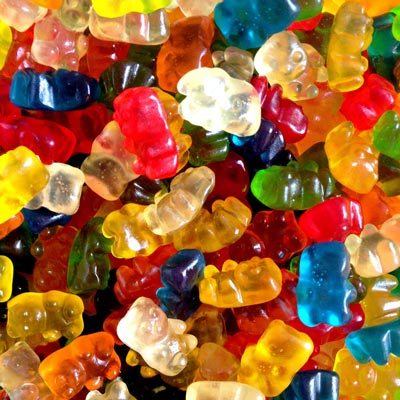 What is the vegan version of the gummy bear?

Candy History What is the vegan version of the gummy bear? 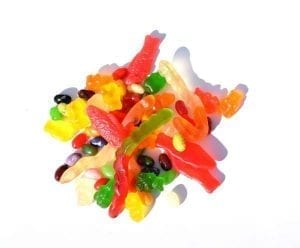 Actually the venerable and nicely-textured gummy bear started life as the Turkish delight, a vegetarian medicine-turned-treat that originated around 900 in Arabic apothecaries of the Mideast. The core ingredients were cream of tartar, possibly starch (ours contains corn starch) sugar, and the oil, such as rose. Pistachio or other nuts would have floated deliciously in the mix. Then came gelatin in such creations as the jelly bean and gummy bear – both off-shots of the delight. At long last, one mainstream candy came along to save the vegetarian’s day: the Swedish Fish. The no-gelatin candy was, in fact, invented in Sweden and made its way to the U.S. in the 1950s. It took off here about a decade later. According to Cadbury Adams, who now makes the sweet, they produce 7,000 metric tons of Swedish Fish; the equivalent of 1,929 orca whales.