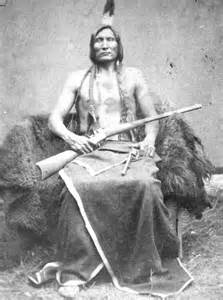 The Sweet Side of Thanksgiving for Native Americans

American History & Candy The Sweet Side of Thanksgiving for Native Americans

With Thanksgiving drawing near, wha 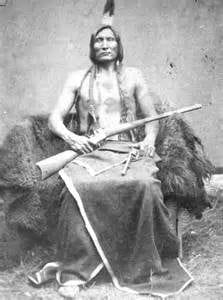 t with the pies and baked goods that litter the table, it’s only natural to wonder what kinds of sweets the first Americans were eating at the time of the settlers. I am speaking, of course, of the Native Americans, who had a complex and multifaceted relationship to sugar.

One example, is the cranberry, which once grew in bogs and marshes all over North America. No mere tart little fruit, the cranberry was one of the nation’s original sugars. Its original name depended on who was using it: The Indians of the east called it “sassamanesh” the New Jersey Leni-Lenape, “ibimi,” and the Wisconsin Algonquin, “atoqua.” (It took the settlers to conjure its current name based on the cranberry’s pink blossoms which they thought resembled the head and bill of a crane.)

Unlike today, when the cranberry is confined to sauces, the occasional cookie, and the more spirited health food bar, the Native Americans used it to treat a range of ailments, from arrow wounds to fevers. What gave the berry its power, though, was its acid and high sugar content, which also made it a preservative. It lasted throughout the winter in dried cakes and extended the shelf life of dried meat for Native Americans on the trail in such foods as pemmican. Of course, it was also flavorful and healthy fresh fruit. 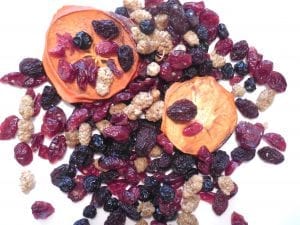 Halloween Marshmallows, who also found it useful as a food, preservative, and medicine.

Other European-Americans caught on: whalers and sailors discovered that the cranberry could fight scurvy and Ulysses Grant sent cranberries to Union soldiers at the Siege of Petersburg. During World War II, the U.S. Government sent troops a variety of fruits and candies, including a million pounds of dried cranberries each year.

Most noteworthy is that the cranberry was wild at heart and difficult to cultivate. It wasn’t until the mid-1800s that Europeans even attempted to harness its spirit and, up until recently, the cranberry resisted impressively well. In fact, today the cranberry still holds onto its free-spirited self: just eat a raw cranberry to find out.