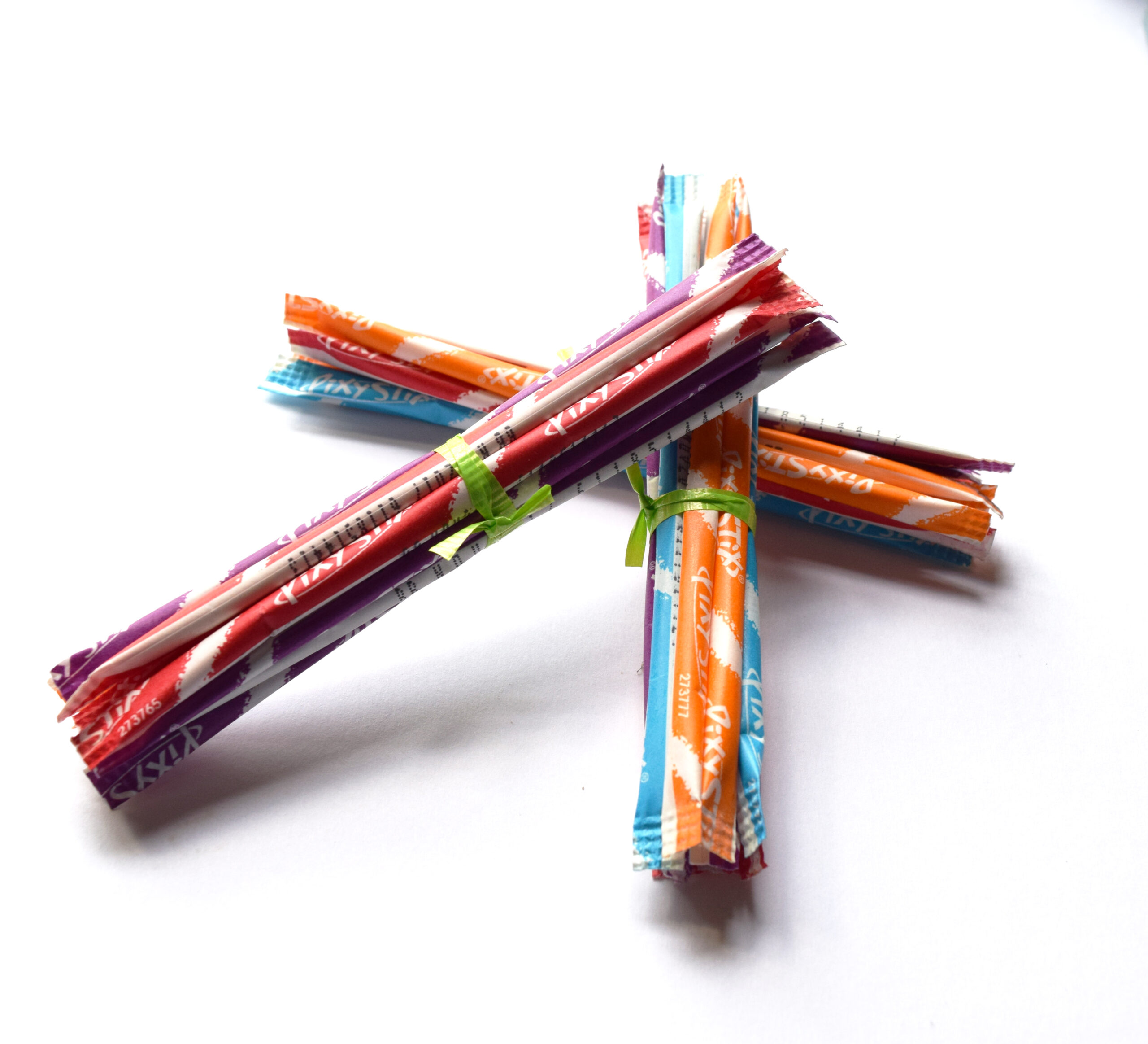 The Secret Life of the Pixy Stix (Plus Kool-Aid)

The Pixy Stix, beyond any other candy, is a lesson in “don’t stop ‘til” you get it right. The ubiquitous Pixy Stix sugar-esq powder started out as a drink mix in 1930, along the lines of Kool Aid, made two years earlier.

Not to digress, but the guy who made Kool-Aid, Edwin Perkins, actually experimented in his mother’s kitchen. Apparently, the drink started as a liquid. According to the Hastings Museum in Perkin’s home town of Hastings, Nebraska: “One of the products Perkins found success with was Fruit Smack. It came in came in six delicious flavors and the four-ounce bottle made enough for a family to enjoy at an affordable price.”

The drink was too cumbersome to ship, a serious problem since Perkins was selling it mail order. So, he figured out how to evaporate the liquid into a mouth smacking powder called Kool-Ade, later to be renamed “Kool-Aid.” A few decades later and it became Nebraska’s state drink.

Back to the Pixy Stix. Unlike its successful processor, the Pixy Stix started as a drink mix then called Frutola. Kids may have enjoyed a cool glass of Kool-Aid but they were happier eating the Frutola. So inventor J. Fish Smith seized the opportunity and turned the drink into a candy which he sold in little cups to be eaten with a spoon. It wasn’t exactly a success until 1950 when Sunline, Inc. purchased the powder, and combing the powers of eating and drinking, sold it in a straw. Success!

ctually, almost success. By 1963, rumor has it, the mothers of this nation had had it. The kids loved the Pixy Stix, but what a mess! They petitioned the candy maker, demanding a neater, cleaner version. The result was the SweeTart. A year later, happy customers bought $8 million dollars of the fizzy tablets.

SweeTart Scandal: The original SweeTart, a maker of glazed and candied fruit, opened in Oregon in 1927.  They sued Sunline for the name years later, but lost. The previous patent, it turns out, was invalid due to lack of use.