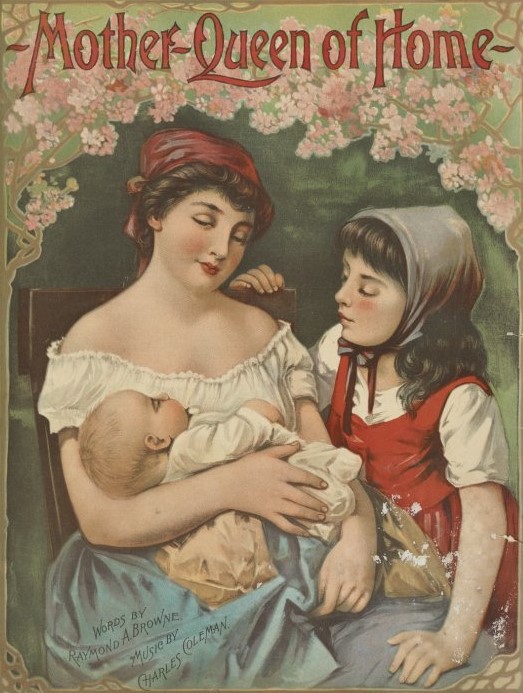 The Remarkable Story of Mother’s Day

Mother’s Day – most certainly not the commercial Hallmark event most people think. It’s about history, controversy, war and peace – and women’s role in all of it. It also underscores the reality of women and, in particular, mothers, as more integral and significant to our nation’s history, whether in the home or on-the-road, than women get credit for.

The story began for me years ago, when I traveled to Grafton, West Virginia, the home of Mother’s Day. I took a stomach-flipping albeit beautiful mountainous road to get there, ending in a small former railroad town. My meeting was in a modest Methodist church on a modest street with one decent place to eat. Things may have changed in Grafton since I visited 20 some odd years ago, but one thing remains: the church was where Mother’s Day began. The women of the community were proud of that fact and had plenty of literature and stories to prove it. 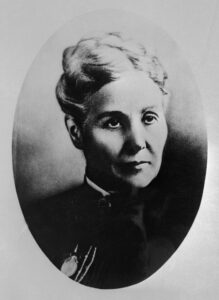 The primary player in the story was activist Ann Jarvis. Initially, Ms. Jarvis helped start “Mothers’ Day Work Clubs” to teach local women how to properly care for their children. This was around the time of the rising Domestic Science movement – a women-led initiative to ensure food was clean and properly prepared, and the household managed with mathematical precision. If you cook anything that requires measurements, timing, and specific cooking utensils, you have Domestic Science, later called Home Economics, to thank.

When the Civil War hit, West Virginia was part of Virginia. The state succeeded in 1863, less because of conviction and more because they went with the presumed winner. West Virginia remained torn in its identity during that time and, at some levels, still is today. Regardless, during the war, women of the Mother’s Day Work Clubs shifted their focus to bettering the sanitary conditions for Civil War soldiers in encampments on both sides of the war, stricken by such devastating problems as typhoid outbreaks. 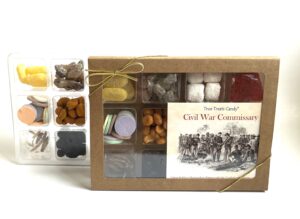 Gifts From Home – Mothers of the Civil War

At home, women cooked food according to availability, which they sent to their sons and others fighting the war. What exactly they sent is hard to say – the goings on of women during war time, or, in fact any time, is hard to come by. We do get clues, though, from such places as Godey’s Lady’s Book, a popular 19th century magazine. The magazine sought out recipes from women on both sides of the war which they published in an effort to unify mothers with a common, excruciating concern. Other clues come from the diaries of soldiers and the odd letter that surfaces now and then. 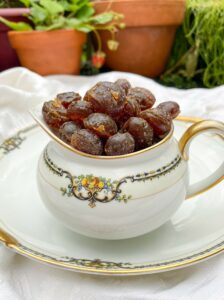 Sugar was certainly part of the equation – it was a critical component of medicine and a core ingred ient in preserving life. So, molasses in various form, including pulled molasses, a version of taffy, was likely among these sweets as was cane sugar in various forms. Godey’s Lady’s Book contains a recipe for candied orange peels and mentions sugar-rich fruits as varied as coconuts and strawberries. These foods were certainly sent to the soldiers when supplies held out. Whether the intended recipient received them is another matter.

After the war, Ann Jarvis established a “Mother’s Friendship Day” to reunite war-separated families and create reconciliation between Union and Confederate soldiers. She was determined to create a national Mother-based holiday but died in 1905 before she achieved it. Enter her daughter Anna Jarvis – a single woman who never had children but was intent on making her mother’s vision a reality. Among her early efforts was to receive funding and support from John Wanamaker, whose Philadelphia department store was the first in the nation. Wanamaker’s participation in the event, while welcome, also foreshadowed the future of Mother’s Day as a commercial bonanza for retailers and restaurateurs today.

In May 1908, Anna Jarvis held the first official Mother’s Day celebration at the Methodist Church which I visited and where Ann Jarvis taught Sunday School. Two aspects of Anna Jarvis’ efforts are lost today but well-worth remembering. First is the spelling of Mother’s Day. Not “Mothers’ Day” for all women, as a group, but the day honoring individual mothers, in particular those who lost sons at war. Then there’s the carnation, long a symbol of purity and faithfulness. Ms. Jarvis sent 500 carnations to the church event – carnations remain a Mother’s Day symbol to this day. The Grafton event was significant albeit modest compared to the parallel event at Wannamaker’s Philadelphia store, drawing in thousands of guests. 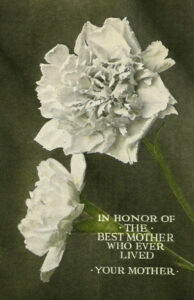 Anna Jarvis then launched an aggressive campaign to further fulfill her mother’s vision including establishing the Mother’s Day International Association, publishing letters in newspapers, and lobbing political figures and other influencers. She argued, among other matters, that most holidays focused on men and women deserved a share of acknowledgement and appreciation. Of course, we must acknowledge the irony that Mother’s Day focused on the grief mothers felt over the loss of their sons with no mention of the many daughters who also served in a variety of capacities on the battlefields. 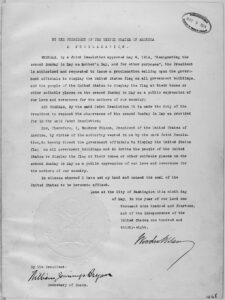 By 1912, numerous states and other communities were commemorating Mother’s Day. In 1914, President Woodrow Wilson established the second Sunday in May as Mother’s Day. Anna Jarvis was victorious. Well…she was victorious but ultimately disillusioned. Anna Jarvis protested the commercial side to Mother’s Day and, by the end of her life, lobbied for an end to the Mother’s Day celebration. In a sense, the road to Mother’s Day was as windy and remarkable as the road I travelled on my trip to Grafton. After I arrived, someone at the church informed me that I could have taken a smoother and faster alternative road on a highway. Not to stretch the metaphor too far, but the ease of Mother’s Day today – and the opportunity to connect families across the country as Ann Jarvis originally intended – is relatively smooth, straight-forward and something to celebrate. Today, Mother’s Day is an international event.

As Ann Jarvis and Anna Jarvis were working to make Mother’s Day official, other activists shared their mission. Abolitionist and suffragette Julia Ward Howe, who wrote the poem “The Battle Hymn of the Republic,” was active in promoting a version of Mother’s Day dedicated to peace efforts in the 1800s. Similarly in the 19th and 20th century temperance activists Mary Towles Sasseen and Frank Hering advocated for an anti-war version of Mother’s Day.

For more fascinating information about Mother’s Day, visit The History Of Mother’s Day In The US Is Much Different Than You’d Imagine

Check back next week for a blog featuring your responses!