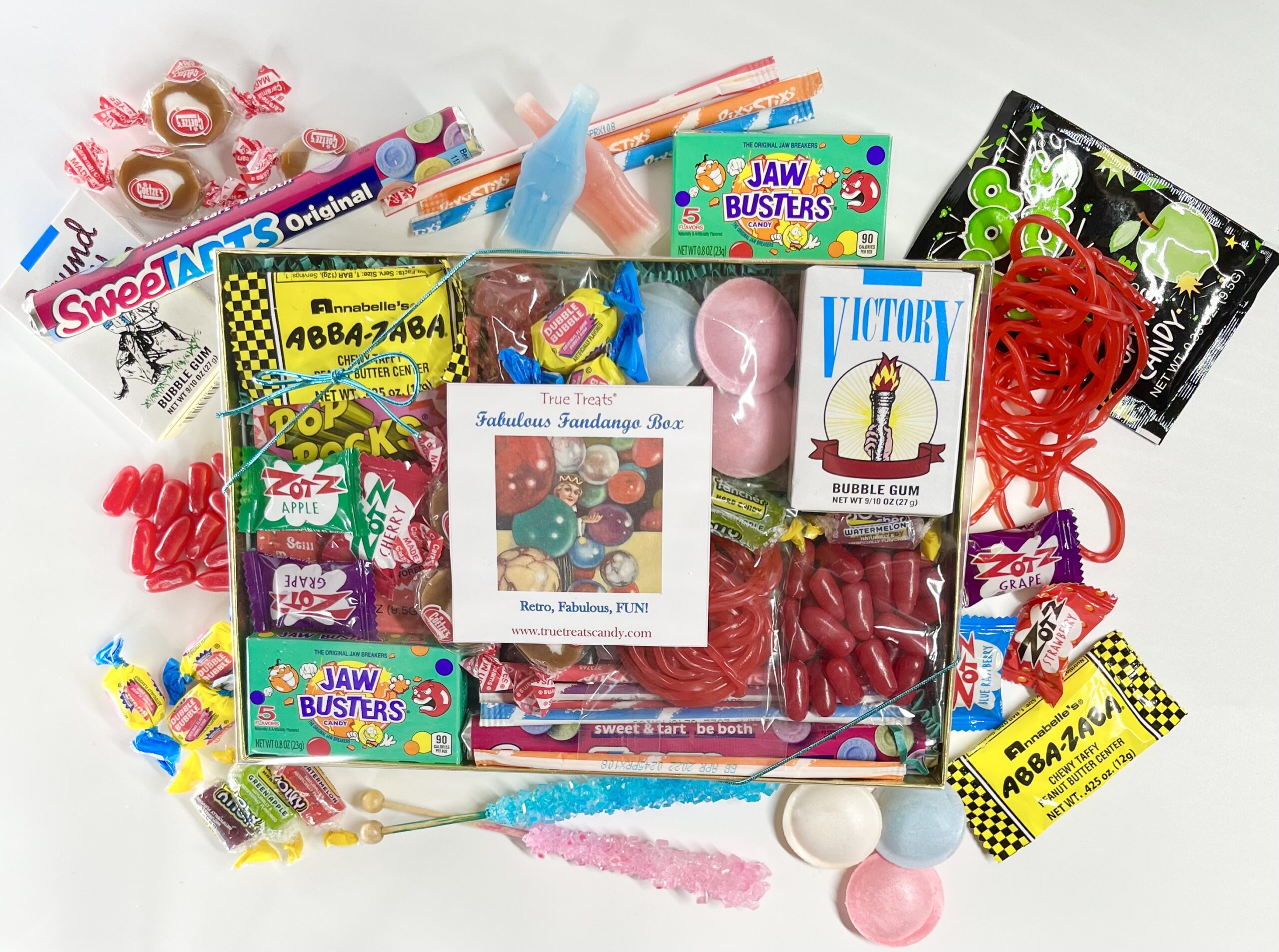 The LA Guide to Candy for Grandmothers and Mothers Everywhere

The LA Guide to Candy for Grandmothers and Mothers Everywhere

I just returned from a fabulous trip to Los Angeles where I fully realized my expectations. First, I visited my stepson and his family – most notably 9-year-old Ethan (see picture below) and my son, Adam, who’s in graduate school at UCLA (much too far away from me, in my opinion).  Second, I explored the LA candy scene, and third, tied the two together as I went. Here’s a look at two peak moments in my family-candy based visit. 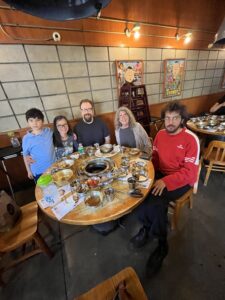 ETHAN and the 36 Candy Gift Set 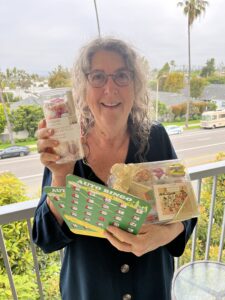 I arrived in LA with the usual bathing suit, sunscreen, and other obvious ensembles. I also had gifts for Ethan – a step Grandmother’s favorite bonding experience – which was, no surprise, a real hit with him.

Ethan loved the gift and used it the way candy should be used, which is why his Mom didn’t shriek in horror when she realized the gift (our 3-stack collection of Retro favorites) contained 36 kinds of candies to sample. He didn’t eat the candy all at once but at parentally-determined times, after dinner for example, or as an edible pat-on-the-back for a job well done.  In other words, no sudden bloating, sugar overload, or embarrassing displays of gluttony, which many less-informed parents fear.

The Take-Away: Candy is not the nemesis to health and well-being that everyone thinks it is. We know it has sugar, is made for fun, and we know how to eat it. The true culprit is everything else, all those foods from sauces to energy bars that explode with sugar we don’t even know we’re eating. So don’t get mad when Grandma shows up with sugary treats. Teach your kid new and even better ways to decode manufacturers’ product labels.

Adam and the Candy Bar Extravaganza

I say this without bias – my son, Adam, is close to the most remarkable human being alive. But he does have one peculiarity – he doesn’t like candy. Rather than zigzag to candy stores or rush along the corridor of fun-food kiosks at Venice Beach, we spent lots of time at museums. Which, actually, is my favorite thing to do with Adam and has been since before he could walk. (Of course, we do sell historic candy to museums, so I checked out the gift stores, just in case…)

Another favorite is eating out, the more interesting the food, the better. And so it was when Dan, Adam, and I found ourselves at the outdoor tables of Tar & Roses in Santa Monica where I encountered their interpretive candy bar. So, here are the candy bars we sell at True Treats: 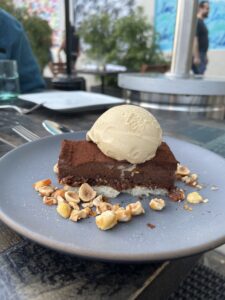 Get it? I didn’t – it looked more like a sundae without the ice cream. So I asked what kind of candy bar did the chefs have in mind in their creation.  One waitperson 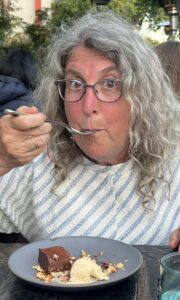 said “Probably Snickers.” Another said: “Probably all of them.” No matter – I tried the candy bar dessert, anyway. NOT exactly a candy bar, but who cares? Candy bars have gone through more iterations than an aging Hollywood movie star. They started as fun food, became part of the first rations in World War I, were sold as an inexpensive meal in a bar during the Depression, and were considered “delicious food” by the National Confectioners Association who gave us this advice about candy bars in particular and all candy in general: “Eat Some Every Day”.

Today, candy bars are on the downswing when it comes to purchases, which is why it’s odd that candy bars have morphed into extremely popular iterations such as cereal bars (Fruity Pebbles, for example) and health and energy bars (buried within the ingredient labels) and desserts like the one Adam, Dan, and I shared at Tar & Roses. My interests were professional, of course. And the verdict: doesn’t taste like a candy bar to me. But it was delicious food, as the NCA once said.

The Take-Away: Candy bars hardly comprise an inexpensive meal and neither does any candy. BUT – candy does mark the good times of our lives and is what we remember most. When I think of LA and seeing Adam, I will remember the Tar & Rose candy bar that wasn’t. They also give us the opportunity to relive those events every time we eat the candy – the smell, flavor, and texture all bringing back the time and place, and love we had for those who shared it.