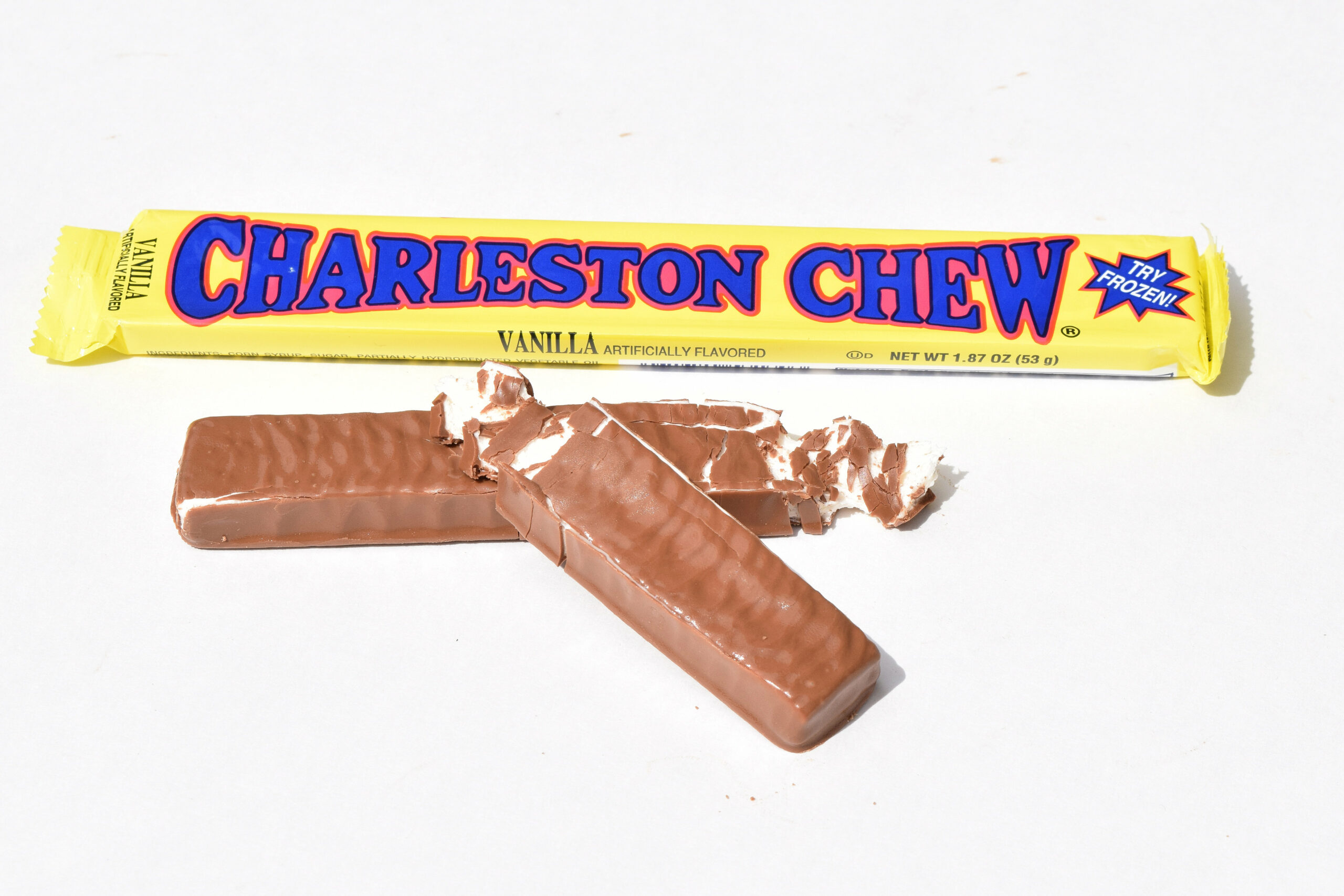 The Charleston Chew, that dense chocolate covered marshmallow-taffy-toffee substance may be nostalgic, but beneath the chocolate exterior, is an edgy, activist DNA embedded in the candy which, as it happened, was named for the song and the dance known as the “Charleston” in 1925.

Origin of The Charleston Chew

Let’s start with the dance. No one knows where it originated exactly, but it likely was in the domain of enslaved African-Americans living on a small island near Charleston, South Carolina. Their dance likely had Ash-Ante African roots, modified to deceive the slaveholders and their rules prohibiting it. You have to remember that both song and dance were a powerful means to resist the slaveholders’ grip on those who were enslaved. They could communicate information about food resources, escape plans, and other matters central to their existence as well as maintain a spiritual and generational connection to their pasts.

Jazz and The Charleston Chew

Snap forward 1894 and the great African American musician and composer James P. Johnson was born. Classically trained, he went on to bridge the gap between ragtime and jazz, as back-up player for such greats as Ethel Waters and Bessie Smith, mentor to Duke Ellington and  Fats Waller, among many others, and an accompanist on over 400 recordings, and colleague of George Gershwin. As ground-breaking as he was, Johnson’s role as resistor also played out in the classical music landscape, where he was intent on breaking barriers with compositions that reflected African beats.  He succeeded.

One of his most enduring compositions, was the song, the Charleston, likely written in 1913. The popularity snowballed a 1920s hit. The flappers adopted the song and the dance, where it was featured in images of speakeasies with overflowing and deliciously illegal cocktails. The Charleston came to represent female liberation, irrant behavior and flight from the Victorian-esq norms.

It was during the wild times that Donley Cross, an actor in San Francisco, ended his career by falling from stage and injuring his back. With no back-up profession and for unknown reasons, he went into candy-making, instead.  In 1925, his most famous hit the market and the name tapped into the spirit of defiance and resistance, both crazed and serious.  And that was, of course, the Charleston Chew.