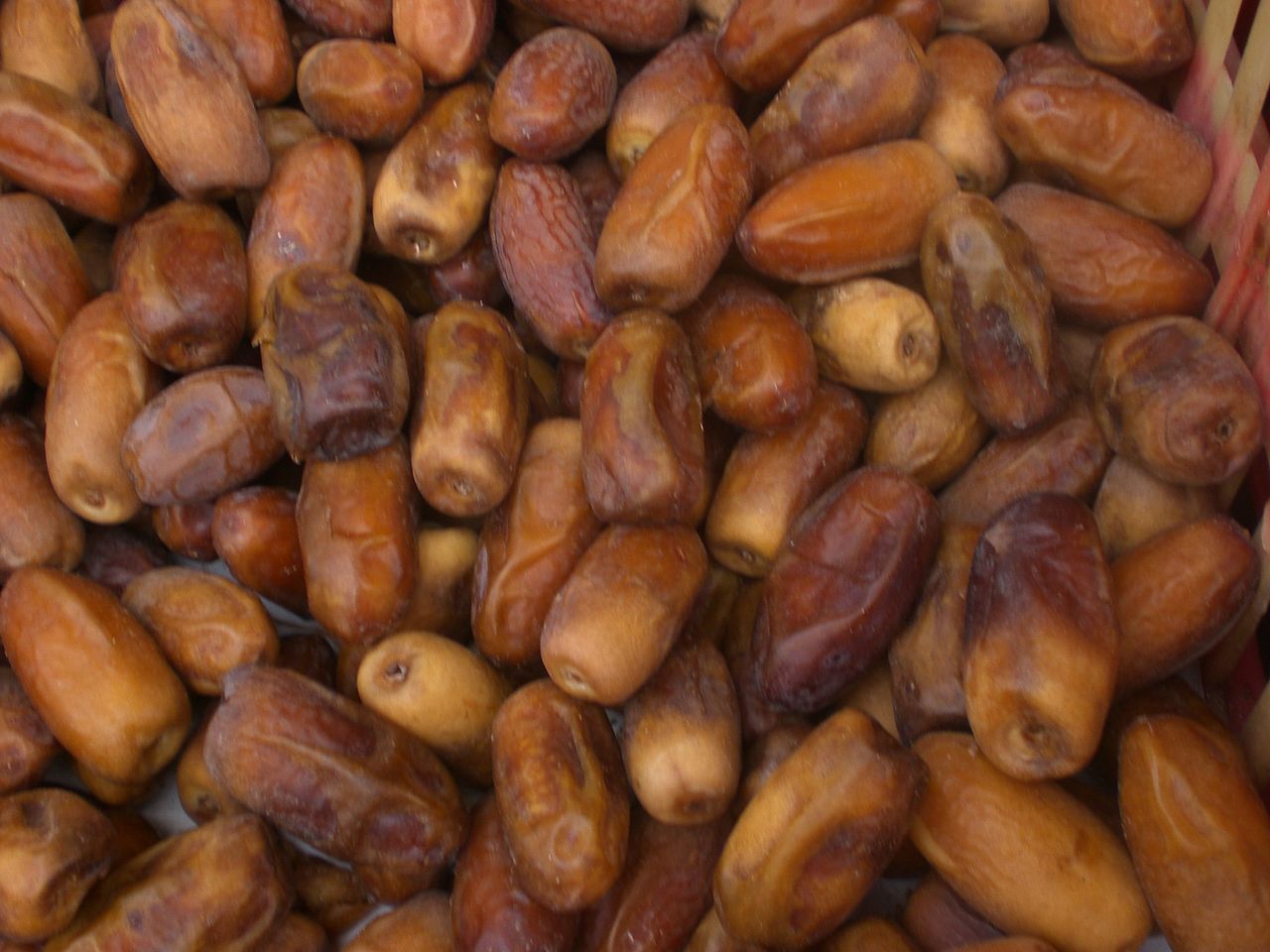 The Amazing and Mighty Date

The Amazing and Mighty Date

If you love sweets, ancient history, ancient symbols, and the miracle of certain plants…then you have to love the date. This remarkable fruit has been cultivated since 7000 BCE – longer according to some reports. Its very existence defies the endurance of other plants: it grows in hot, arid conditions, its palms rise up in the desert like large, ungainly umbrellas in the midst of dry earth.

The Use of Dates in the Middle East

When food in the Mideast was often scarce, and sugar unusual, the date must have been a marvel. More than half of the fruit – roughly 54% – is sugar and the tree is remarkably prolific: eight bunches can produce 440 pounds of fruit.(1)(2) It was tasty food, a fermented beverage, a mild aphrodisiac, and a remedy for such things as fever, constipation, and the pains of labor; in the Qur’an, (19:23-26) Maryam, was advised to eat dates to ease her labor pains.

The date also hails as one of the first confections in written history and a favorite of the Classical Romans. Apicius, the ancient Roman cookbook whose recipes are attributed to Marcus Gavius

Apicius contains stuffed dates with nutmeats covered with honey. Apicius himself had a fetish for edgy, gourmet foods: when his money ran out and these foods became unavailable, Apicius killed himself.

Given the date’s culinary significance, naturally, the ancients endowed it with symbolic meaning. The ancient Jews called it “‘tàmâr,’ and considered it a symbol of grace and elegance: King David named his beautiful daughter “Tamar.” (3) In Mesopotamia, people thought the tree originated in

heaven and they, as well as the Egyptians and Chinese Taoists, considered it a Tree of Life and a symbol of immortality. (4) The date palm was also sacred to Ra, the sun god, a symbol of life over death, and the most widely worshiped deity among the ancient Egyptians.

The ancients’ reverence for the date – and the death-defying attribute they bestowed upon it – was merited according to modern reality. In 1963-1964, archeologists in Israel were excavating Herod the Great‘s palace in Masada, Israel when they discovered date palm seeds radiocarbon dating placed between 155 BCE and 64 CE. In 2005, after being pre-treated in a fertilizer/hormone solution, three seeds were planted at Kibbutz Ketura in the Arabah desert. One of the seeds sprouted and, three years later, was almost four feet tall. The Israelis named the plant “Methuselah,” after Noah’s grandfather, who was the oldest character in the Bible, living to be 969 years old. (5)

Given the date’s history, its flavor which rivals any modern gourmet confection, and its abundance in California, not to mention Israel and other parts of the Mideast, it’s amazing that dates aren’t considered a mainstream American fruit, holding its own against other imports such as the peach, apple, and pear. The “why” is hard to explain and not worth the trouble. What matters more is the “but” – as in, but it still might become a front-line favorite today. Given the date’s history, no one should be surprised.