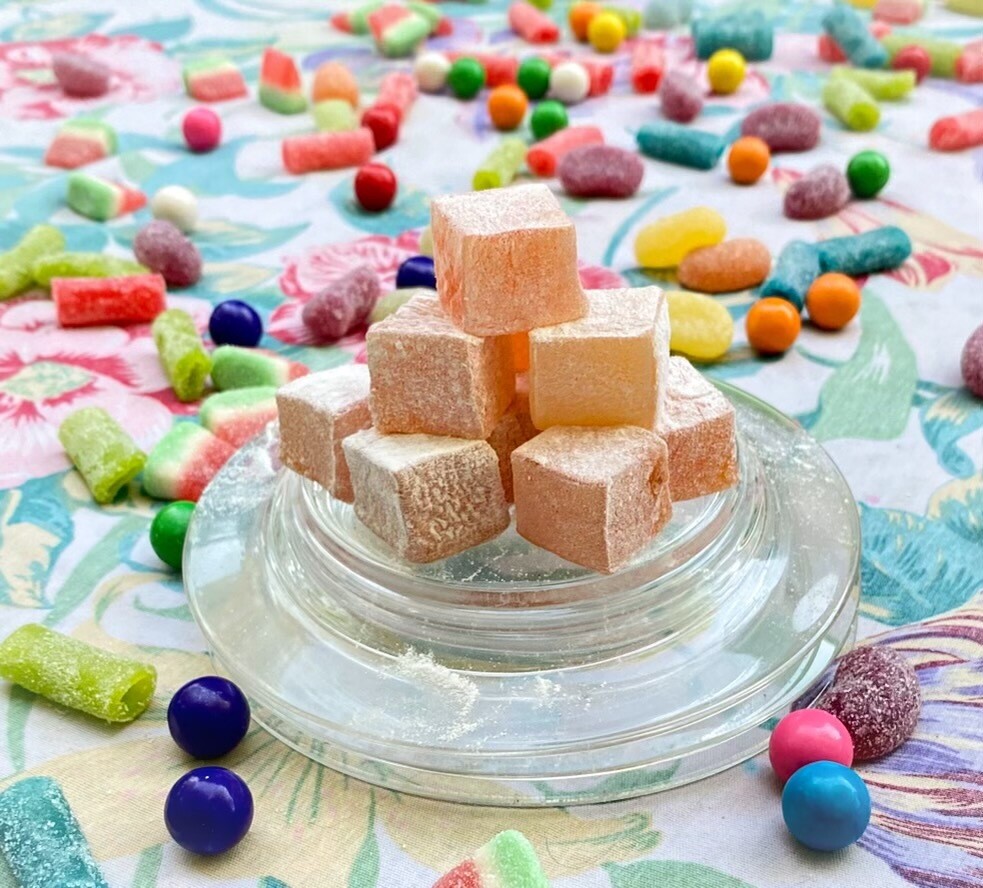 A TRUE TREATS BEST SELLER, Turkish delight is best known for its role in Chronicles of Narnia but has a remarkable story of its own. The candy was originally made around 900 CE in the Arabic apothecaries as a medicine for sore throat (sugar was an important medicine), and sold throughout the Mideast and Mediterranean. It became renowned worldwide as a sultan in the Ottoman Empire proclaimed its virtues. In the mid-1800s, in Boston, someone put a sugar shell on the delight, allegedly sent it to the Union soldiers and that became the JELLY BEAN! It was also the basis of gum drops (1805) and gummy candy (1920s). Eventually it wound up in the hit book and movie Chronicles of Narnia. 10 pieces in a recyclable, heat sealed bag, with the history on the label.