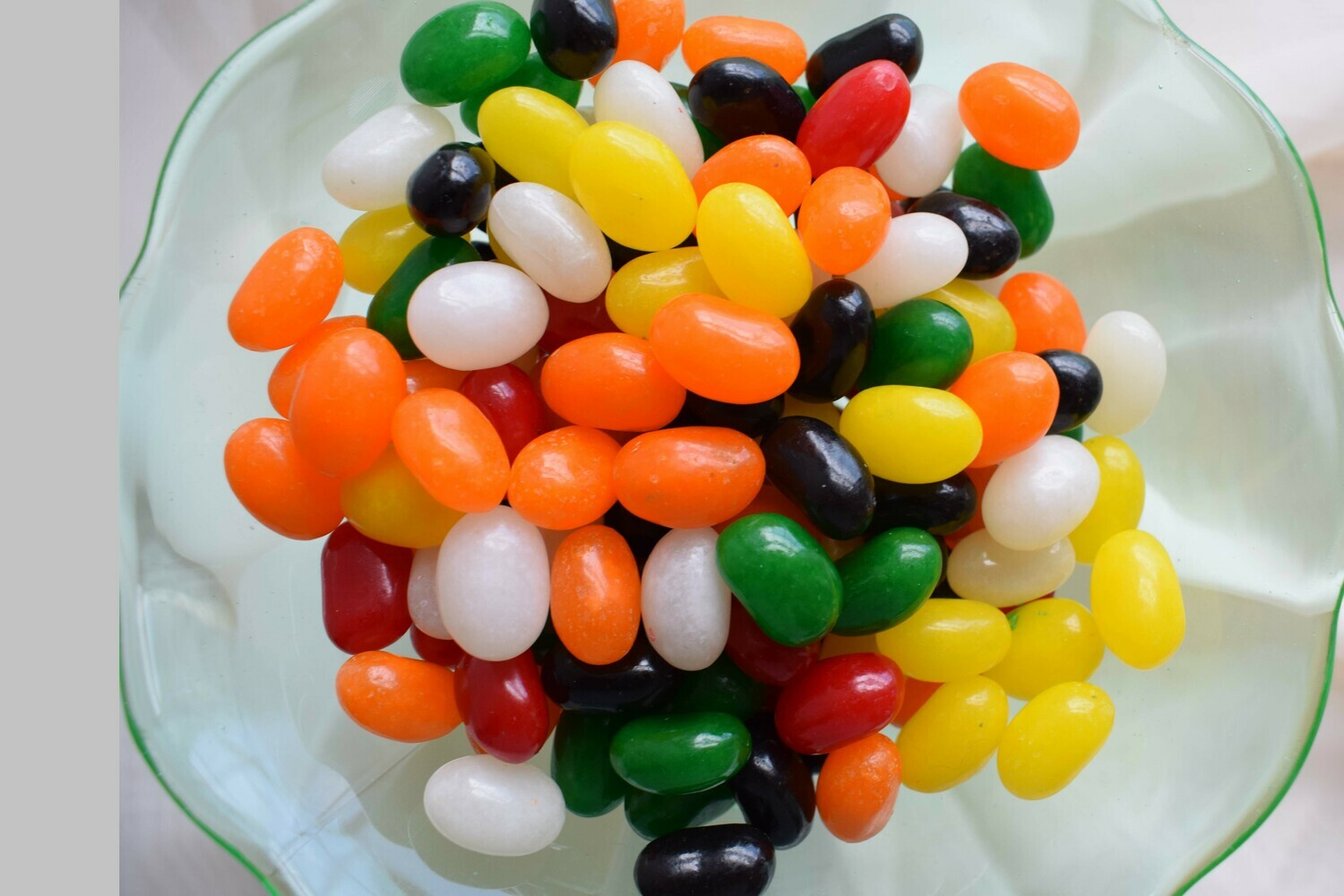 Jelly Beans were invented around 1860 in Boston using a similar recipe to 9th century Turkish Delight. Legend has it the jelly beans were sent to the Union soldiers. The "jelly bean" was the name of a foppish guy, well-dressed but useless. A record and story by F. Scott Fitzgerald called the "Jelly Bean" were popular in the 1920s. A bigger, sweeter jelly bean, a penny candy favorite also enjoyed on Easter and Halloween throughout the early 1900s. 6-oz heat-sealed bag with the history on the label.