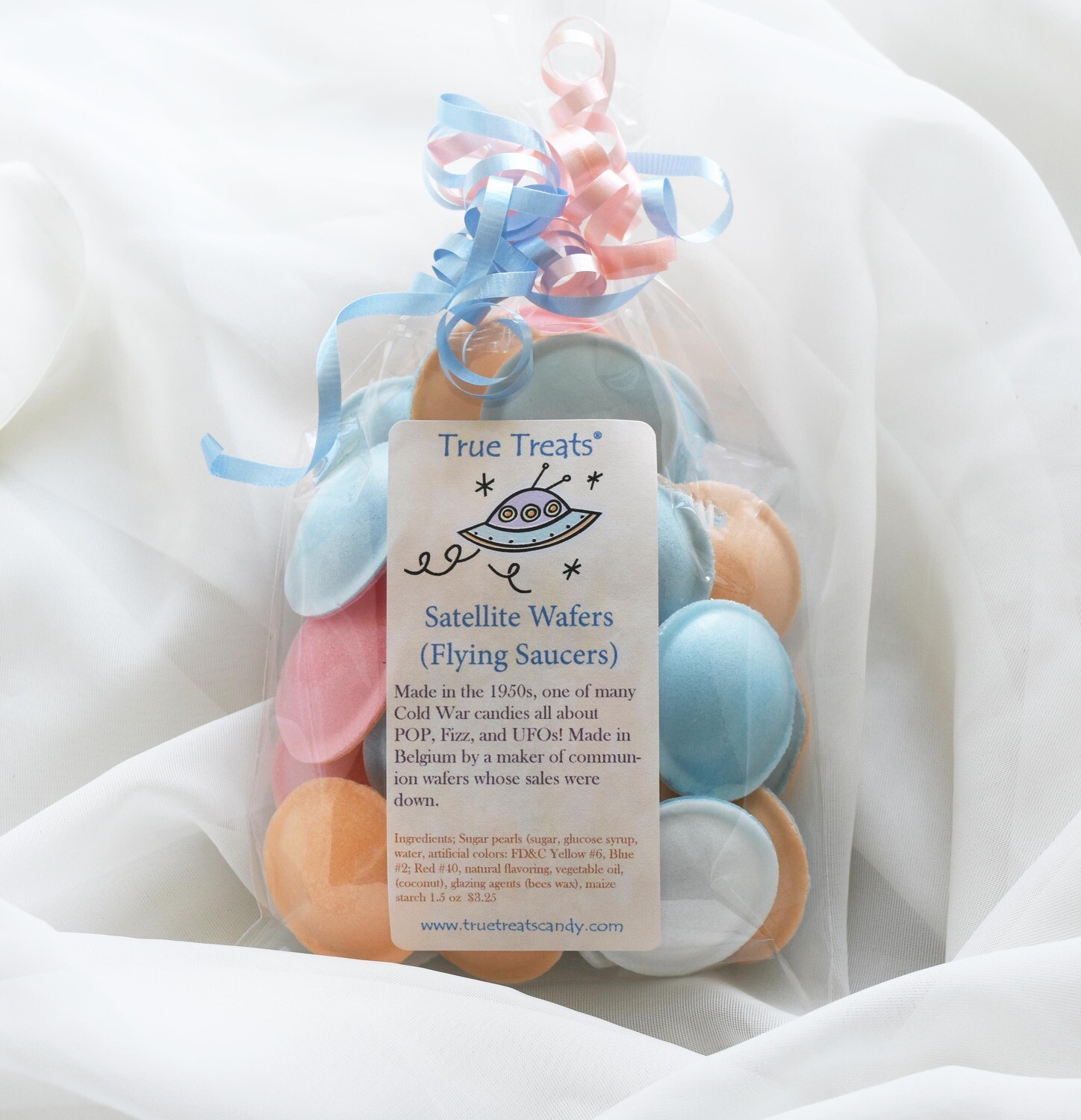 The Cold War was a time of rockets exploding into space and nuclear bombs igniting in movies, TV shows and political debates. UFO sightings were everywhere - from farm fields to urban settings. Candy - being candy - made the most of it. Explosive candy. Rocket shaped pops. And plenty of fizz. All meant to be fun...and all in good taste. Which it was! As for the Satellite Wafer - these have an unlikely origin they were made in Belgium by a communion wafer baker. For reasons unknown, communion wafer sales were down but the baker had an idea why not join together two wafers, fill them with colorful little sugar bits, and make a delightful, fun-inspiring other-worldly treat. And he did. Today the Satellite Wafer is a favorite retro treat now made in Minnesota.

As for the taste? It's as much about texture - possibly more! - than flavor. The communion wafer-esque shell melts in your mouth and colorful sugar bits remain, smooth and crunchy. Contains two ounces of candy with the history on the label.