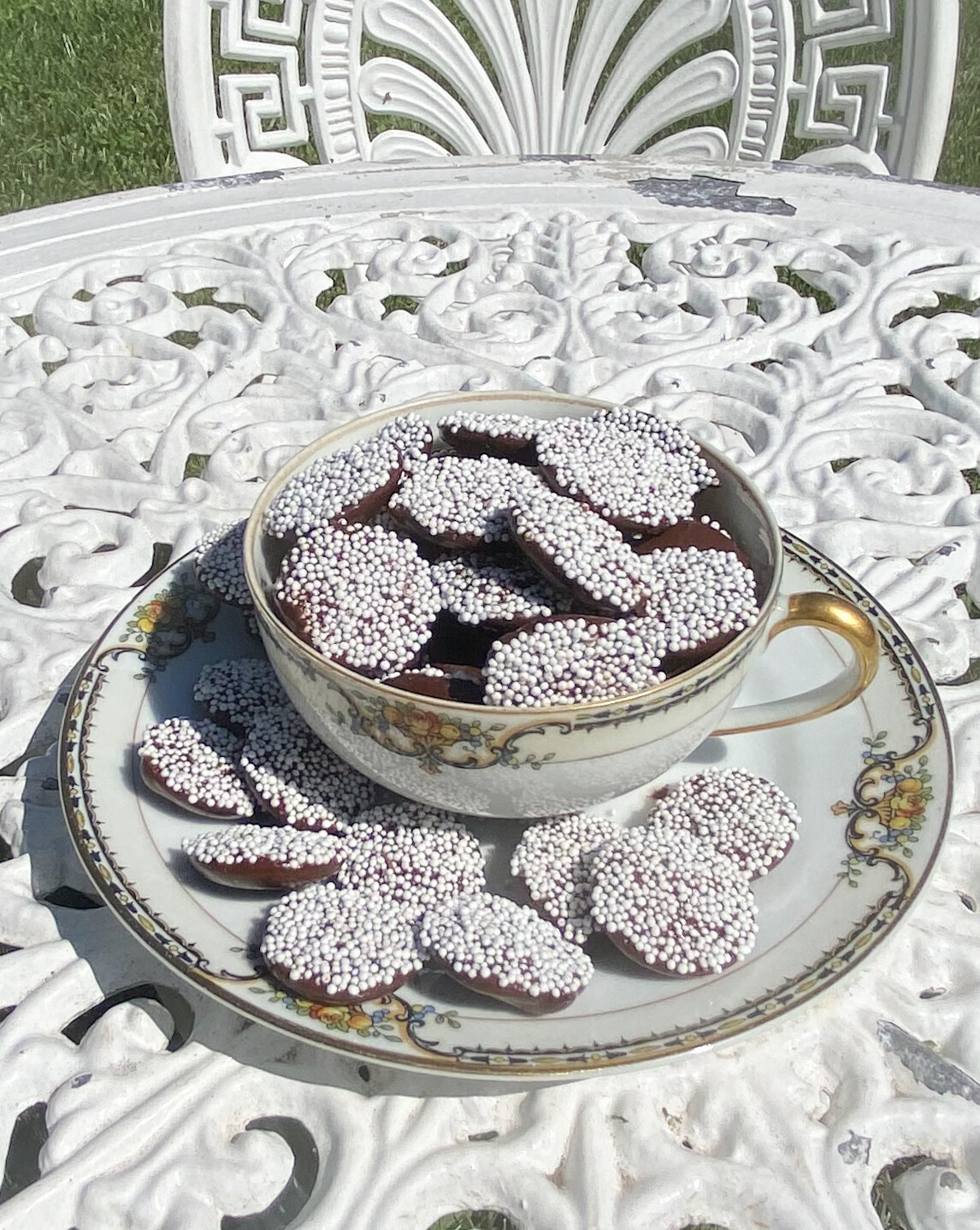 In 18th century Europe, the well-to-do enjoyed drinking chocolate. Lucky Americans also ate chocolate, including a version of the nonpareils. Flash forward 100 years to the late 1800s and Americans and their counterparts in Europe were enjoying truffles, chocolate drops, and nonpareils, among many others. The nonpareils also had a seat at bridge games in the first part of the 1900s, where players enjoyed eating the candy with one hand while holding their cards with the other. They became a favorite at movies and plays and won a seat in the candy bowl of grandmothers. The classic nonpareil with rich chocolate and sweet drags speckling the top! Comes in a 4-oz recyclable bag with the history on the label.