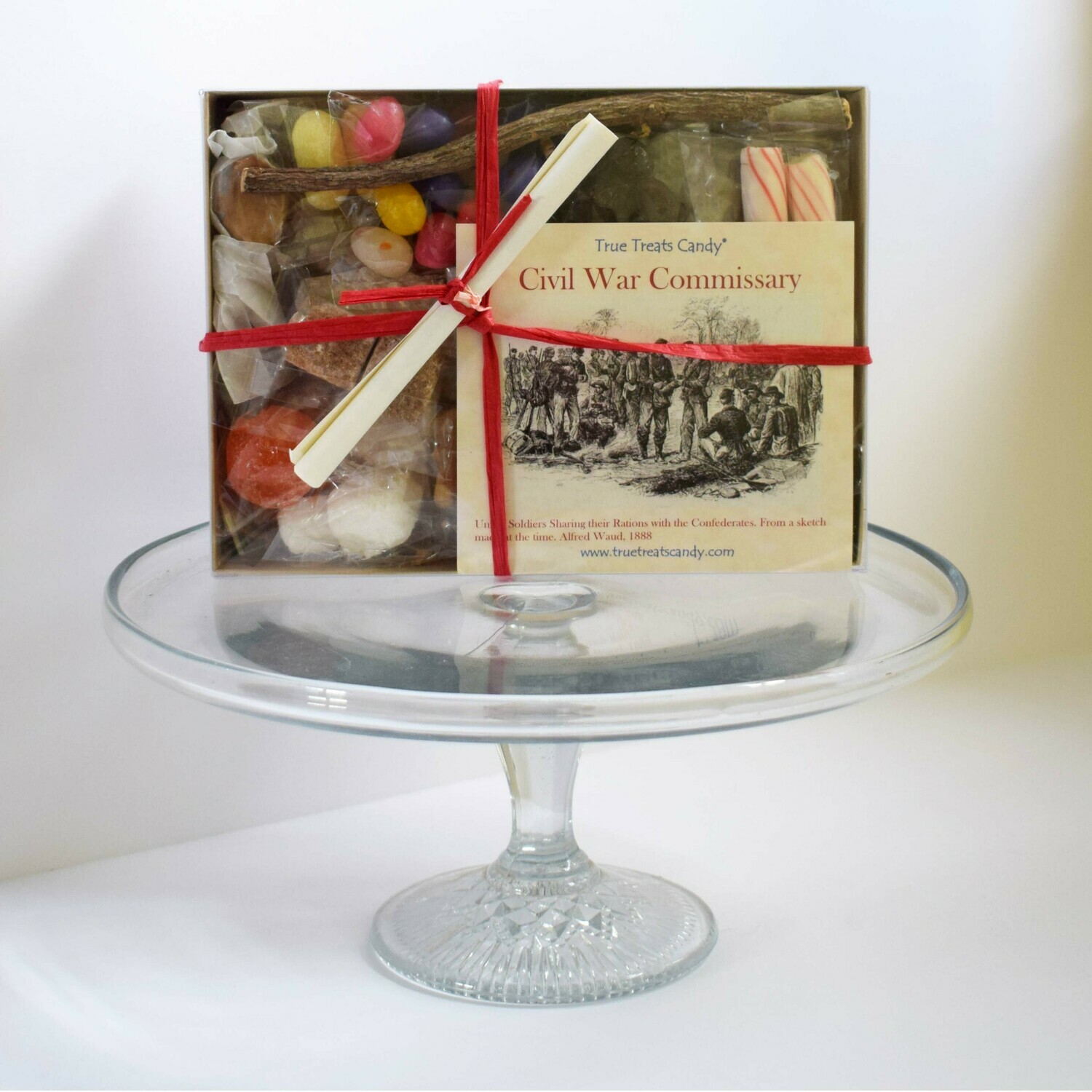 Civil War soldiers received food - including sweets and sugars - from numerous places: the government, packages from home, groups and associations, and sutler's - disreputable merchants who followed the troops, selling over-priced, often hard-to-find foods. The sutlers prompted the U.S. government to open commissaries. This box contains a tag describing each of the many sweets as well as a scroll with an image drawn, in the 1800s, from an actual sketch of Union soldiers sharing their rations with Confederates. Comes in a box with 20 samples.