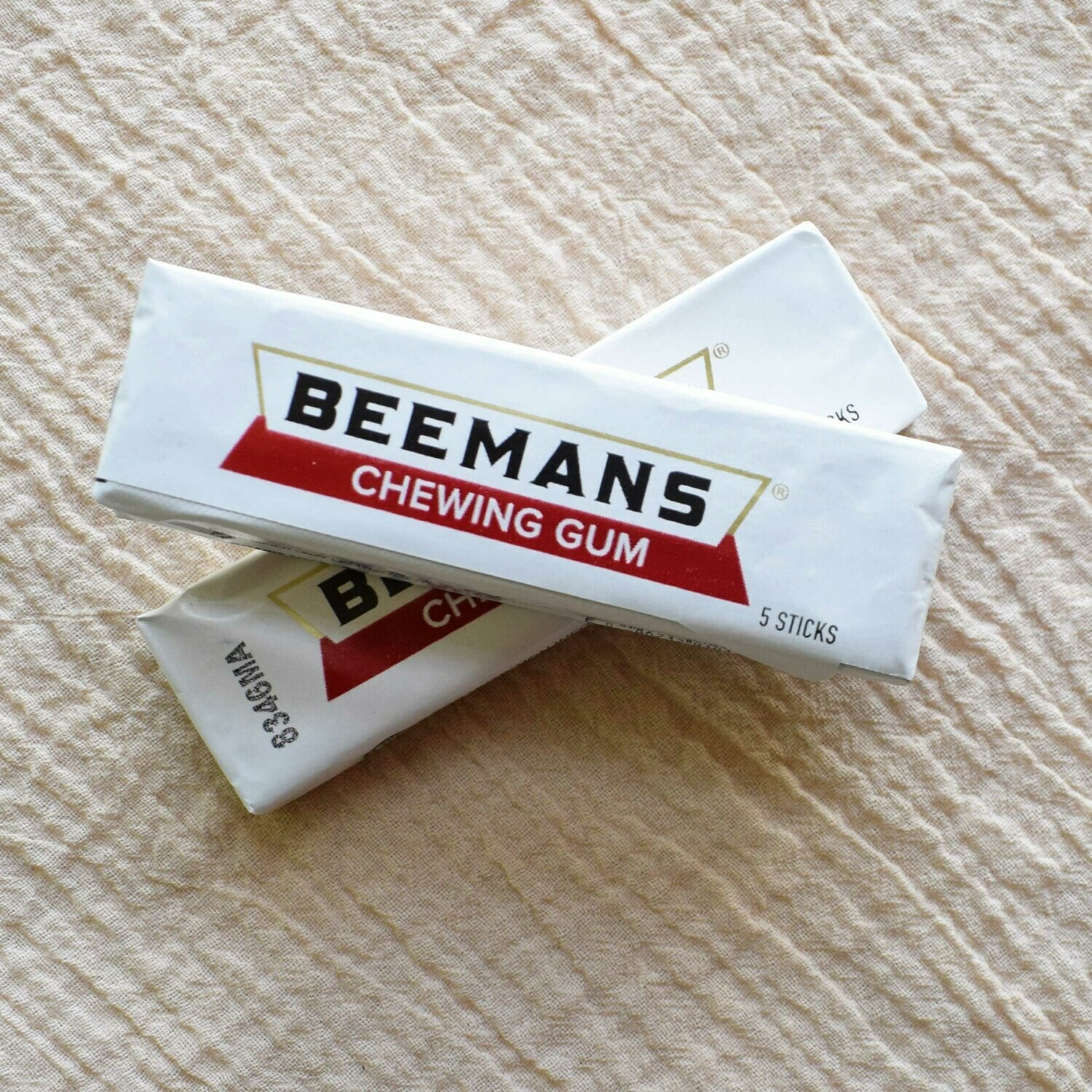 A delicious tasting gum, a cross between wintergreen and juicy fruit, in an old time five-pack. Beemans was invented in the late 1800s by Dr. Edward E. Beeman who discovered that pepsin, derived from the stomach of hogs, could aid digestion. The gum tasted good but sales were lackluster. Why? Probably because Beeman put the unfortunate picture of a pig on the wrapper. Luckily his assistant, Nellie Horton, reasoned with him. Beeman was a handsome, bearded guy. So why not replace the pig with his picture, instead? Beeman did. Sales soared. Beeman put his picture on ads. Billboards. Sales soared and soared until millions of dollars rolled in and handsome Dr. Beeman was a success. As for Nellie Horton, Beeman gave her stock as thanks.