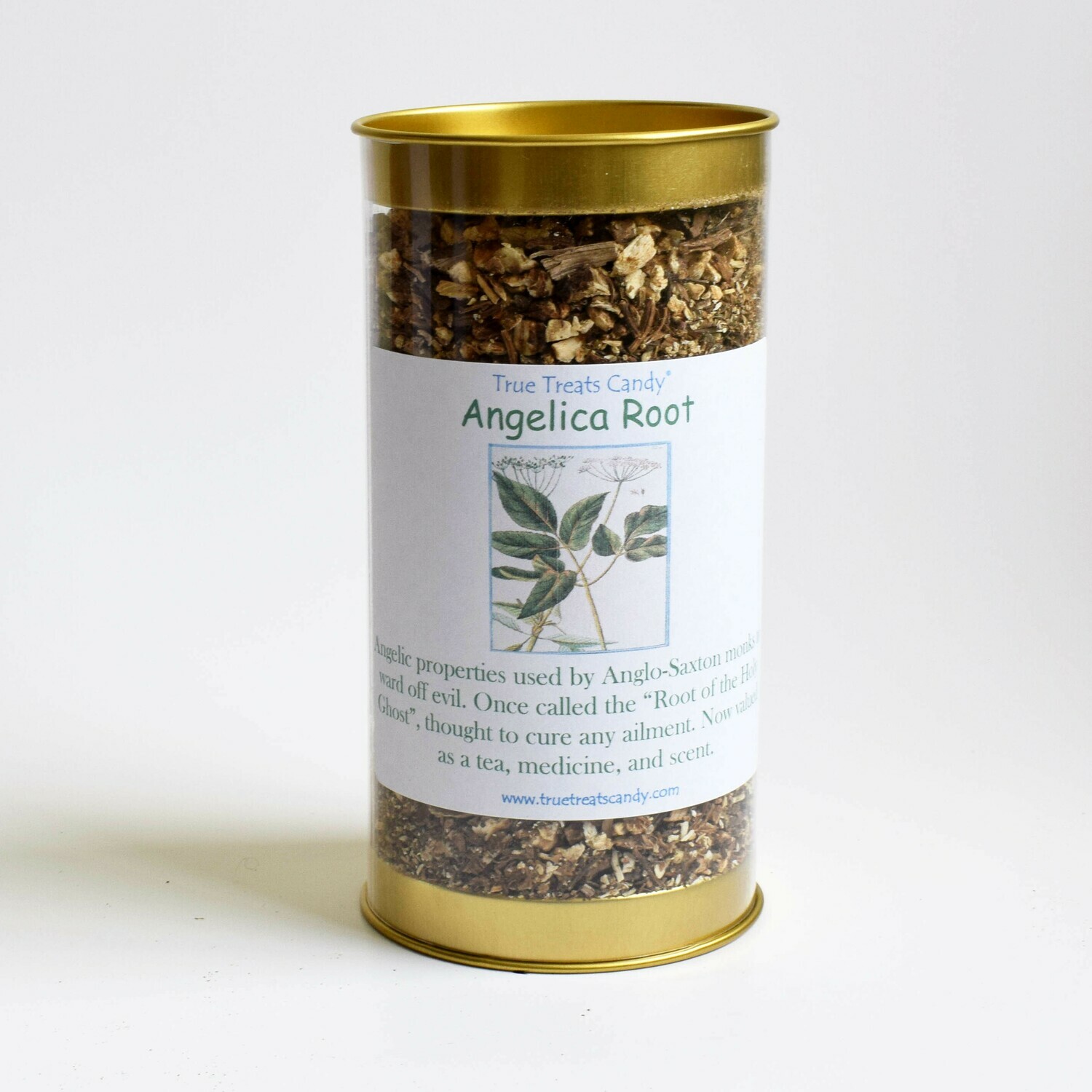 Angelica is a unique, aromatic plant which even grows in colder climates of Iceland, Northern Russia and Norway and was believed to have intense healing properties, able to take on just about anything, including evil spirits, witches, spells and the plague. Some say the name €œAngelica€ refers to Michael the Archangel who, though a dream, informed a monk of the plants ability to cure the plague. Others say angelica blooms on Michael the Archangel's feast day, May 8th on the old Julian Calendar. Angelica was also called the €œRoot of the Holy Ghost,€ for its powerful healing properties. Today, many still consider Angelica a healing herb, rich in nutrients, such as antioxidants, vitamins, valeric acid, volatile oils and more. Today many use angelica to heal stomach ailments, insomnia, reproductive issues, and a host of others. To prepare, just add one cup of boiling water to a teaspoon of dried angelica steep covered for 10 minutes or more.