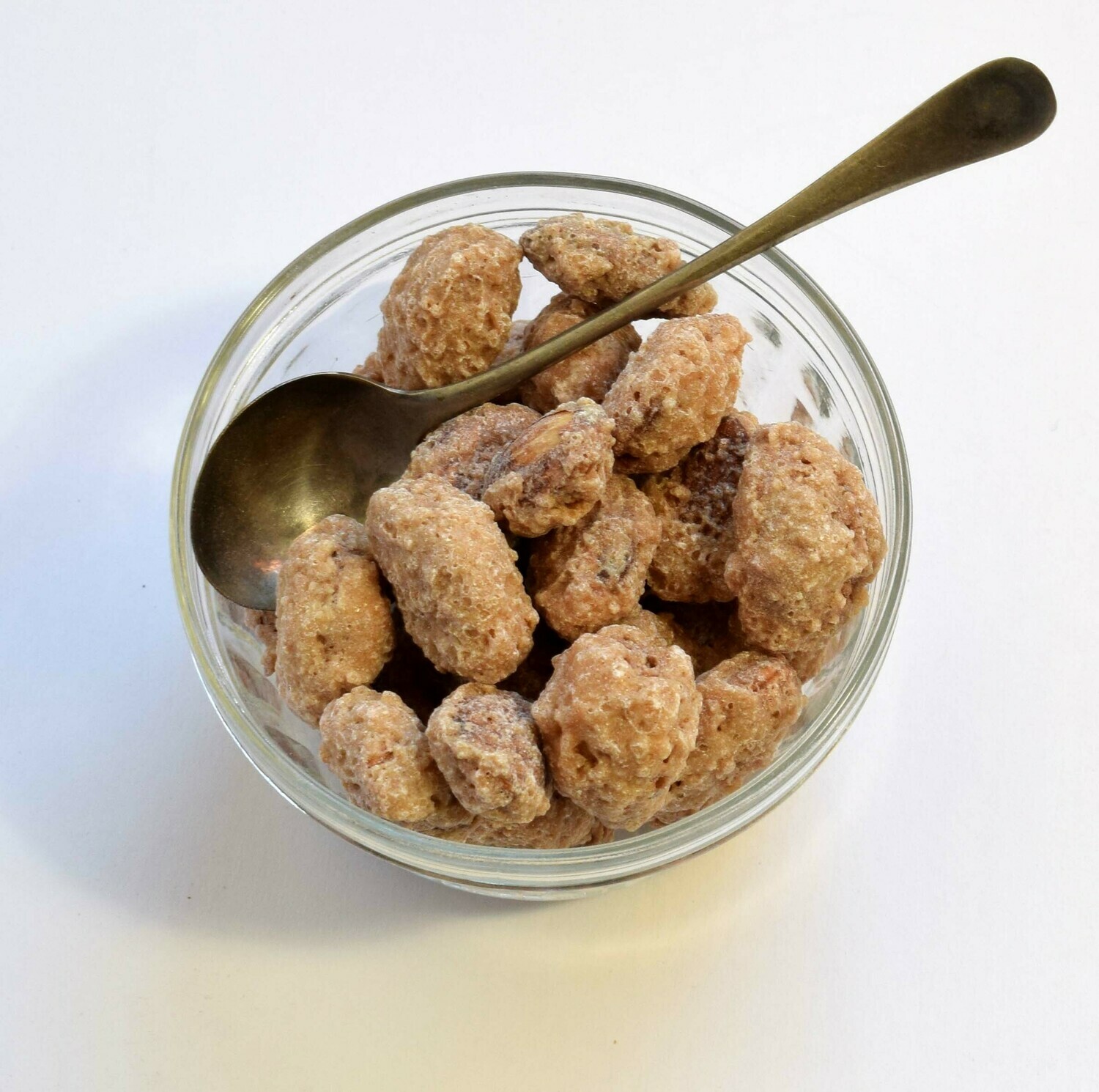 Cassia cinnamon gives the already delicious, rich almond the extra sweet and vibrant punch of cinnamon! Crisp and crunchy - not too sweet. A combination of two flavors enjoyed by the ancient Romans and Colonists alike. Comes in a 4oz. bag in an attractively tied, heat-sealed bag with the history on the label. Perfect as a gift or a sweet treat just for you.

A Bit of History

For thousands of years, the almond has been considered a symbol of good beginnings in the Mideast and Mediterranean. This is due to the fact that the almond tree is the first to flower in spring. The ancient Romans would sugar the almonds, often using spices such as cinnamon, the ground-up bark from an evergreen tree. The almonds were popular amongst the Colonists and other European Americans at the time. Most were imported, as the the tree was brought to North America by Franciscan Padres in the mid-1700s, but didn’t flourish here for another century. Cinnamon was a common flavor for well-to-do 18th century European Americans.