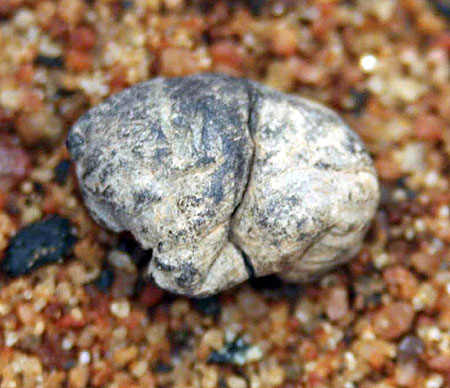 So Much Resin, So Much Time: The First Chewing Gums Ever

19th Century History So Much Resin, So Much Time: The First Chewing Gums Ever

So Much Resin, So Much Time: The First Chewing Gums Ever

Throughout history, people have chewed tree resins: they were the first and longest-standing chewing gum, appreciated for their flavor and medicinal and health value. Amazingly, the shift from gum as a natural resin to a popular industrial wonder spanned a mere 75 years – a fraction of a hiccup in time. Here are some of the originals:

Birch: The oldest chewing gum in the world was found by British archeology students on a volunteer dig in Finland. There, they discovered a clump of birch-bark tar, complete with teeth marks. Finish archeologist Sami Viljamaa says the chunk is between 5,500 and 6,000 years old and that Neanderthals used it to treat sore gums and stomach distress. Modern science proves they were right: the bark, which they boiled to make the tar, contains antiseptic compounds called “phenols.” It also contains xylitol, the natural sweetener you see advertised on gum packages today, which fights tooth decay. 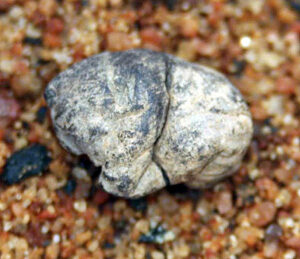 Mastic: Largely from the Greek island of Chios, the mastic resin is a favorite of mine – it’s the first in written history and one we carry at the shop. It comes from the shrubby mastic tree which looks like an overgrown bonsai: the pearls are the stuff of jewelry – yellow beads with a subtle glistening quality. The resin is also called “Chios Tears” because it seems to “weep” from the tree and makes a crying sound when you step on the branches. Some scholars believe the “bakha ,” in Psalm 84 of the bible,  which comes from the Hebrew word for weeping, refers to the mastic tree.

First-century botanist and physician Dioscorides recorded the mastic’s medicinal  value in his treatise, “De Materia Medica.” The ancient Greeks chewed the resin to clean their teeth and relieve stomach troubles, as did countless others since then. Modern studies at such a place as the Universities of Nottingham, Thessaloniki, and Meikai found mastic contains antibacterial and anti-fungal properties, can cut over 40% of bacterial plaque in the mouth, and heal peptic ulcers, among other advantages.

Spruce: The First Commercial Chewing Gum in the US

Spruce: The hard amber nuggets from the spruce tree are closely tied to U.S. history. Native Americans of the Northeast originally chewed them, taking pieces on long hauls when fishing, hunting, or exploring. It moistened their mouths, cleaned their teeth, and likely had other medicinal qualities. In 1847, John Curtis, a European American in Maine, packaged the resin as “State of Maine Pure Spruce Gum,”  making it the first commercial chewing gum in U.S. history.

The Success of Spruce Gum

The spruce was so successful, Curtis built a factory to manufacture resin sticks. Curtis’ father managed the factory as Curtis hit the road, selling spruce gum throughout the country. Other companies joined in, including American Flag, Yankee Spruce, 200 Lump Spruce, and Kennebec and spruce resin became an American success. Around this time, another entrepreneurial spirit came on the spruce scene. The son of a soap salesman, he was selling baking powder when a marketing lightning bolt struck: why not give free spruce gum with the baking powder? It turned out that people preferred the gum to the powder and he ended up making and selling chewing gum, instead. His name: William Wrigley.

Sapodilla: A Native to Mesoamerica

Sapodilla: No tree has influenced Americans’ chewing habits quite the same as the sapodilla tree. Its resin probably sounds familiar: it’s the chicle and the native peoples of Mesoamerica have been chewing it for thousands of years. Like other tree resins and gums, they used it to clean their teeth and freshen their breath.

A bit like today, the Aztecs had rules of decorum for chewing gum – women who chewed gum in public were considered harlots and men, effeminate.  In her book, “Chicle: The Chewing Gum of the Americas, from the Ancient Maya to William Wrigley,” author Jennifer Mathew quotes 16th-century Spanish missionary Bernardino de Sahagún as saying: “All the women who unmarried chew chicle in public. One’s wife also chews chicle, but not in public…with it they dispel the bad odor of their mouths or the bad smell of their teeth. Thus they chew chicle in order not to be detested.”

Sapodilla in the US

The chicle reached the U.S. via the deposed president of Mexico, General Antonio Lopéz de Santa Ana who hooked up with former Civil War photographer, glass-maker, and inventor Thomas Adams. After failing to use the resin to make rubber for tires, dolls, and other items, which would make them both rich, Adams turned to chewing gum, instead. The result was the first soft chewing gum in the U.S., “Adams’ New York Gum No. 1 — Snapping and Stretching.” Adams became incredibly wealthy as a result –Santa Anna lost interest and returned to Mexico broke.

As for the Maya in Mesoamerica – the story is more bitter than sweet. The sapodilla forest was depleted, owing to the European and European-American taste for gum. American companies employed locals, but exploited them in numerous ways,  leading to what some call the second fall of the Mayan Empire.

The chewing gum industry’s reliance on natural resins ended only during World War II when manufacturers sending gum to the soldiers realized the natural stuff wouldn’t meet the demand. Today, the majority of gum is synthetic. Still, some gums promise to give the same value as the ancient resins.  Experts say these claims have some merit, especially about sugar-free gum – it causes you to salivate which cleans the teeth.

In this piece, I have used the term “resin” to describe the early chewing gums. But there is a difference between the stuff that flows from the tree, depending on where it comes from in three and how you treat it. The USDA Forest Service explains the distinction at http://www.fs.fed.us/wildflowers/ethnobotany/resins.shtml.