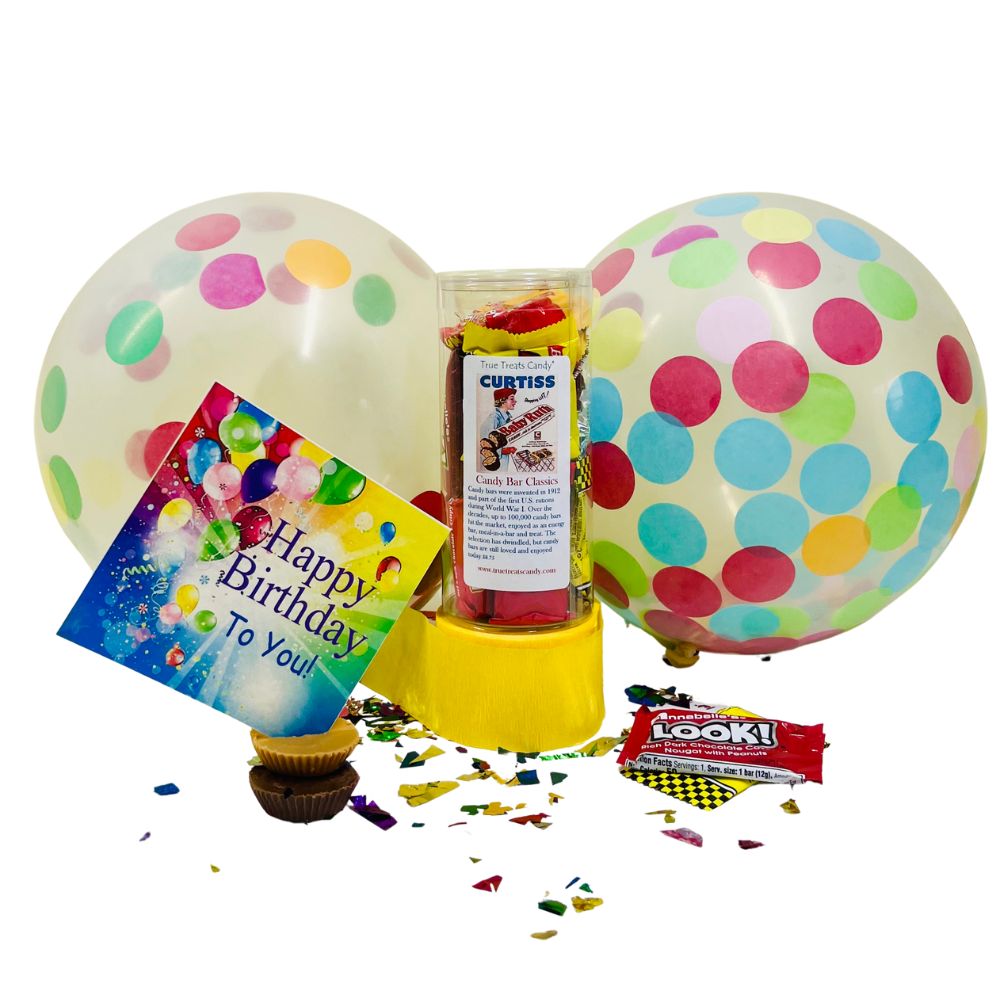 A collection of classic candy bars that spans candy bar history. You’ll find favorites such as Goldenburg’s Peanut Chew (1917) and peanut butter cups (late 18th century) to mid-century favorites including the Look Bar. In between were York Peppermint Patties, Charleston Chews and many old time candy bars  so popular you may have thought they were new.

A collection of classic candy bars that spans candy bar history. You’ll find favorites such as Goldenburg’s Peanut Chew (1917) and peanut butter cups (late 18th century) to mid-century favorites including the Look Bar. In between were York Peppermint Patties, Charleston Chews and many old time candy bars  so popular you may have thought they were new. 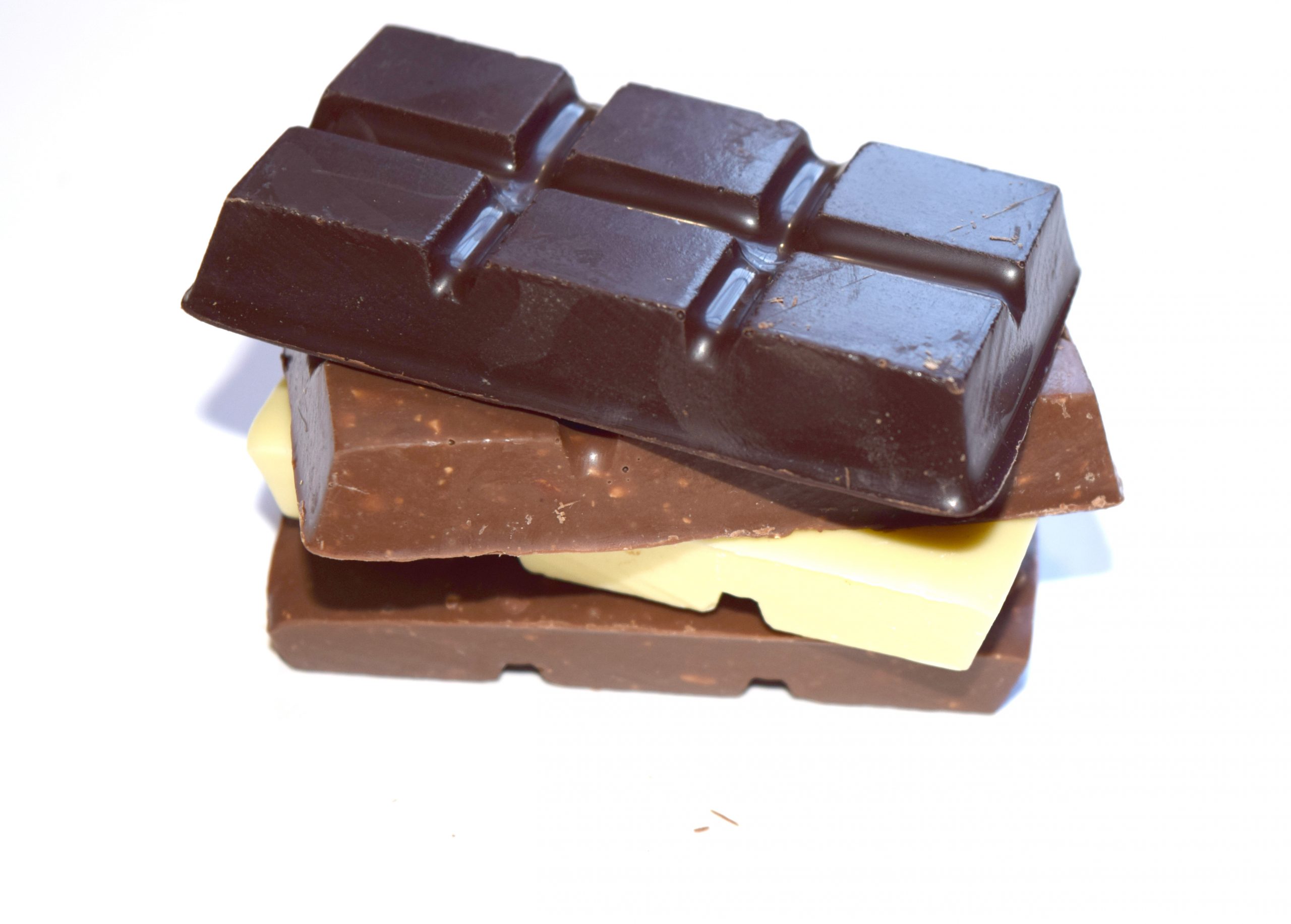 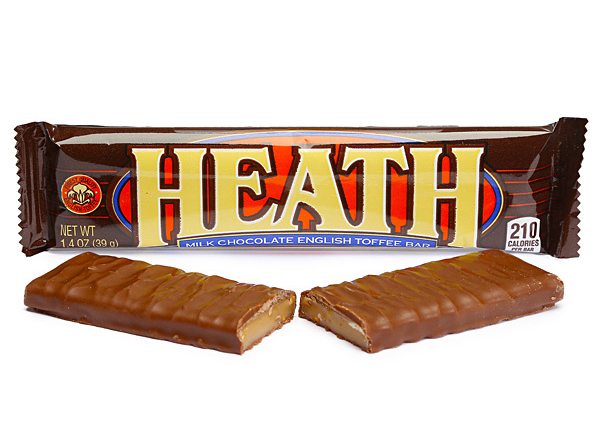 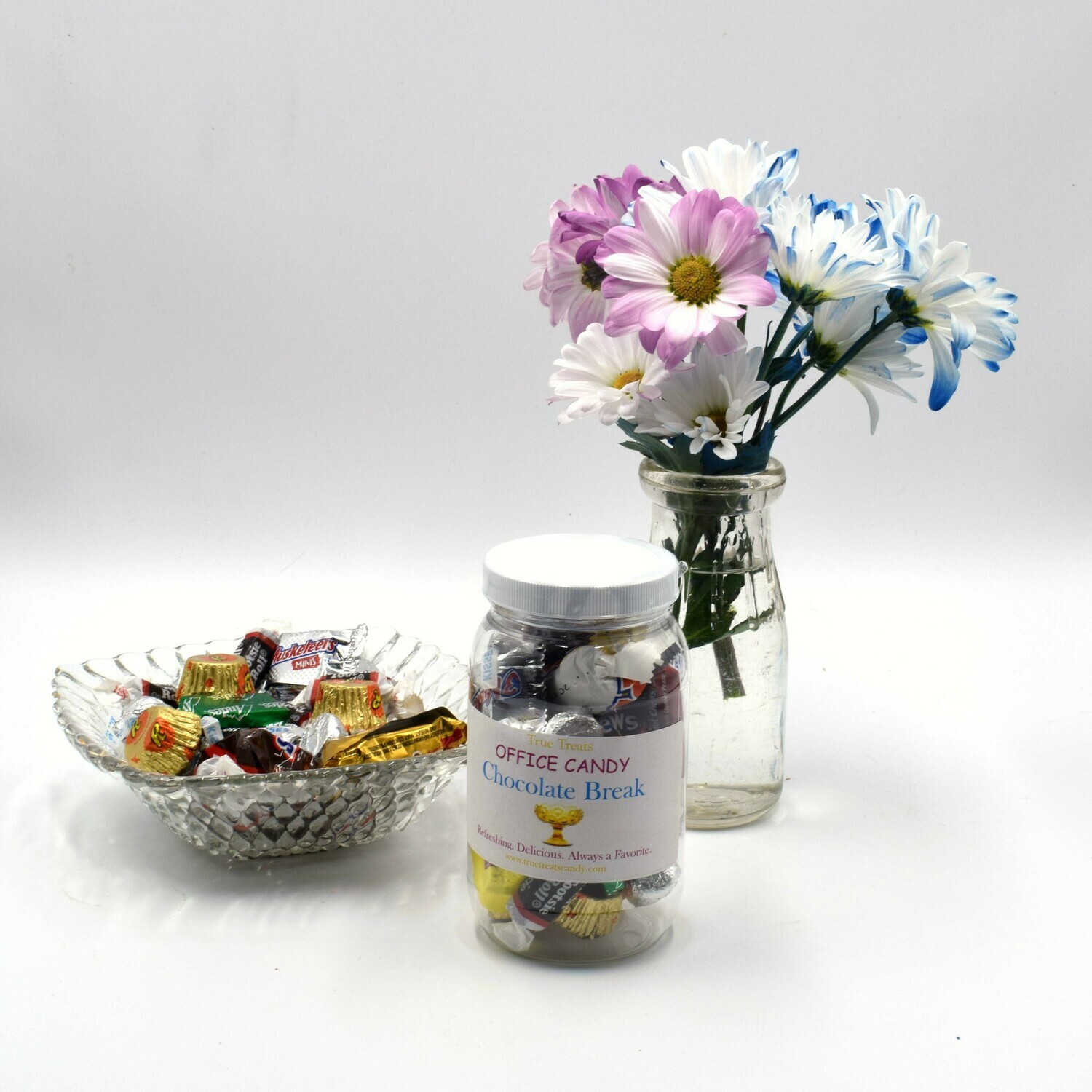 Celebrate the Administration Professional in your life. Whether called secretary, administrative assistant, or administrative professional that person was a powerhouse, ensure that office systems flowed smoothly and that everyone was able to work their best. And, of course, was the keeper of the candy – available to all as a respite, a pick-me-up and a chance to enjoy. These are some of the chocolates they provided – and still do today! 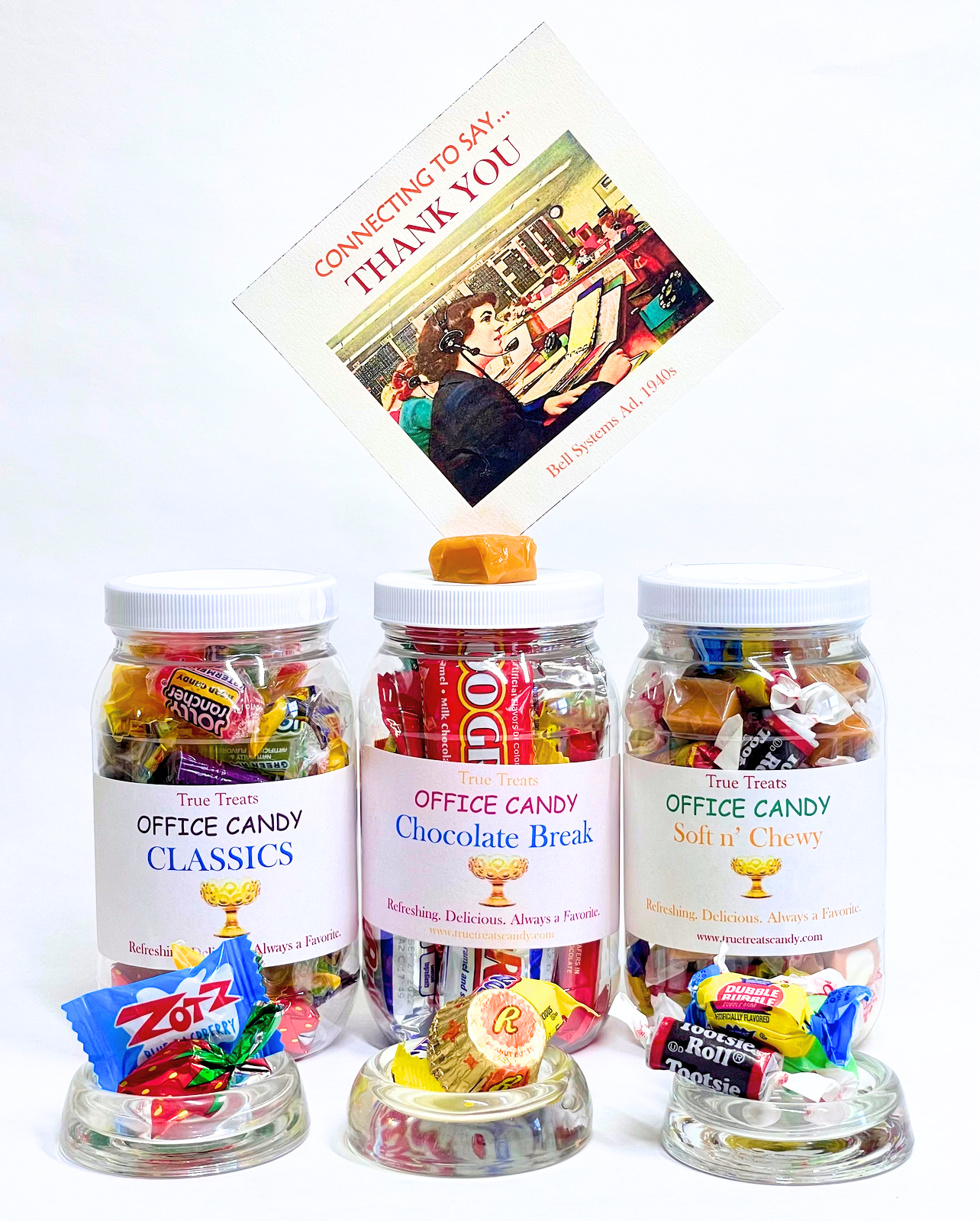 What better thank you gift than office candies -favorites going back in time, many over 100 years. Whoever receives the gift does not need to know some go back 100-plus years. Or that most started by small, boot-strapping entrepreneurs?  Or even that many of the office candies actually started as medicines! All they REALLY NEED TO KNOW – is that the Office Candy selections taste great and that your “thank you” is true.

OF COURSE – you can always send our Office Candy Set to YOU!

What’s inside? Three 8-ounce jars – Classics, such as strawberry-filled candies and sour balls; Chocolate Break – from old time candy bars to peanut butter cups; and Soft & Chewy, such as caramels, Tootsie Rolls, and toffee. Comes with the thank-you card of your choice. 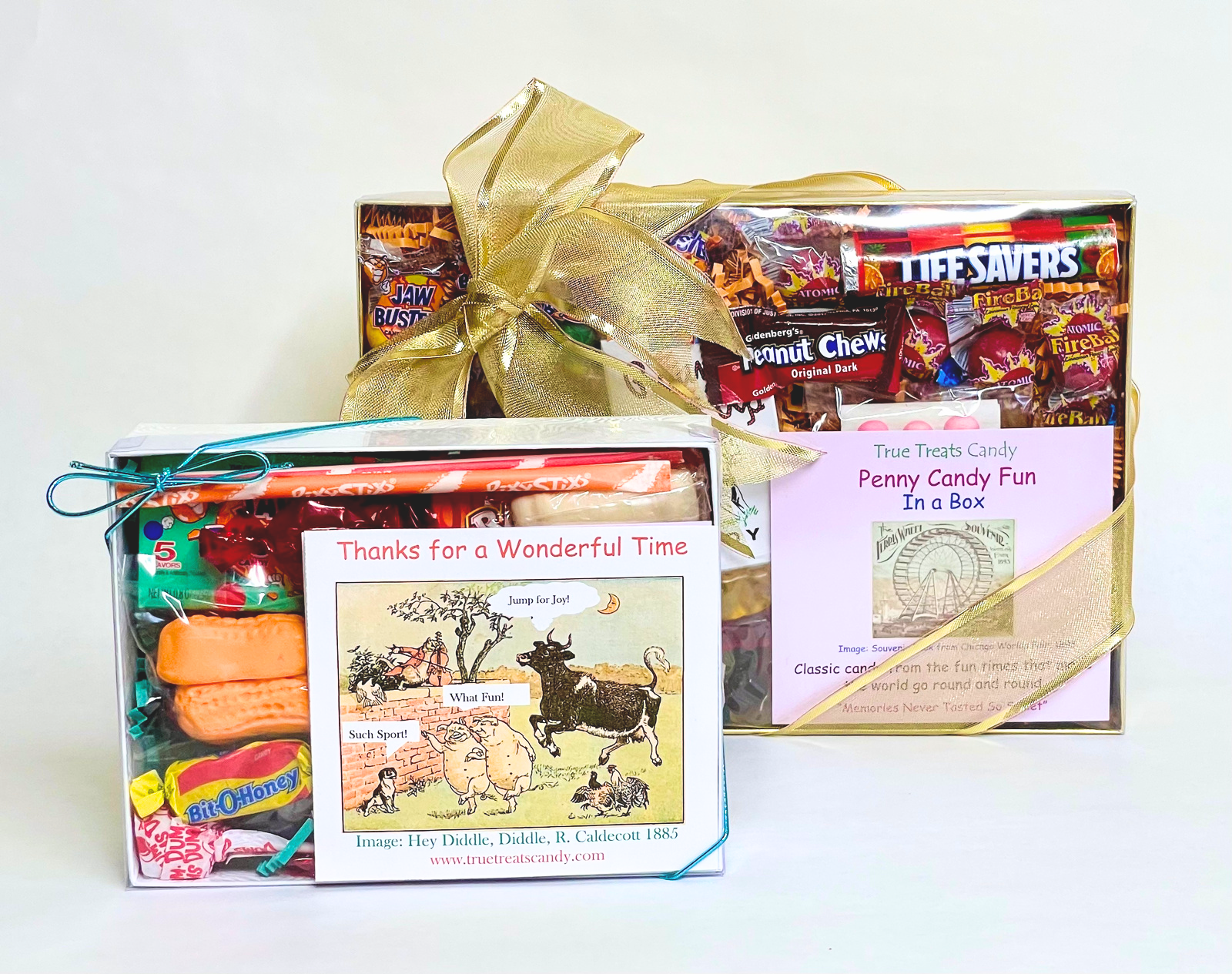 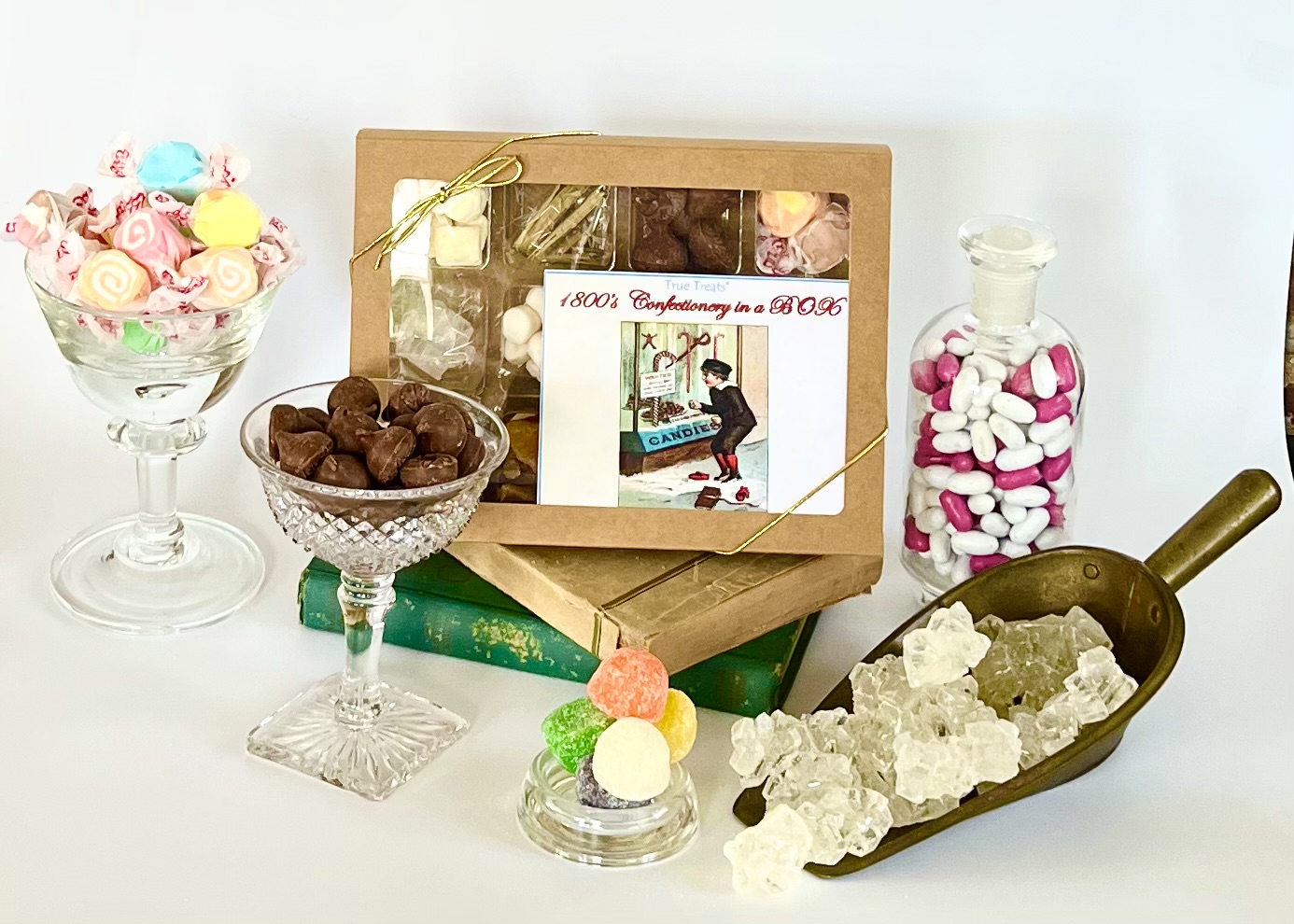 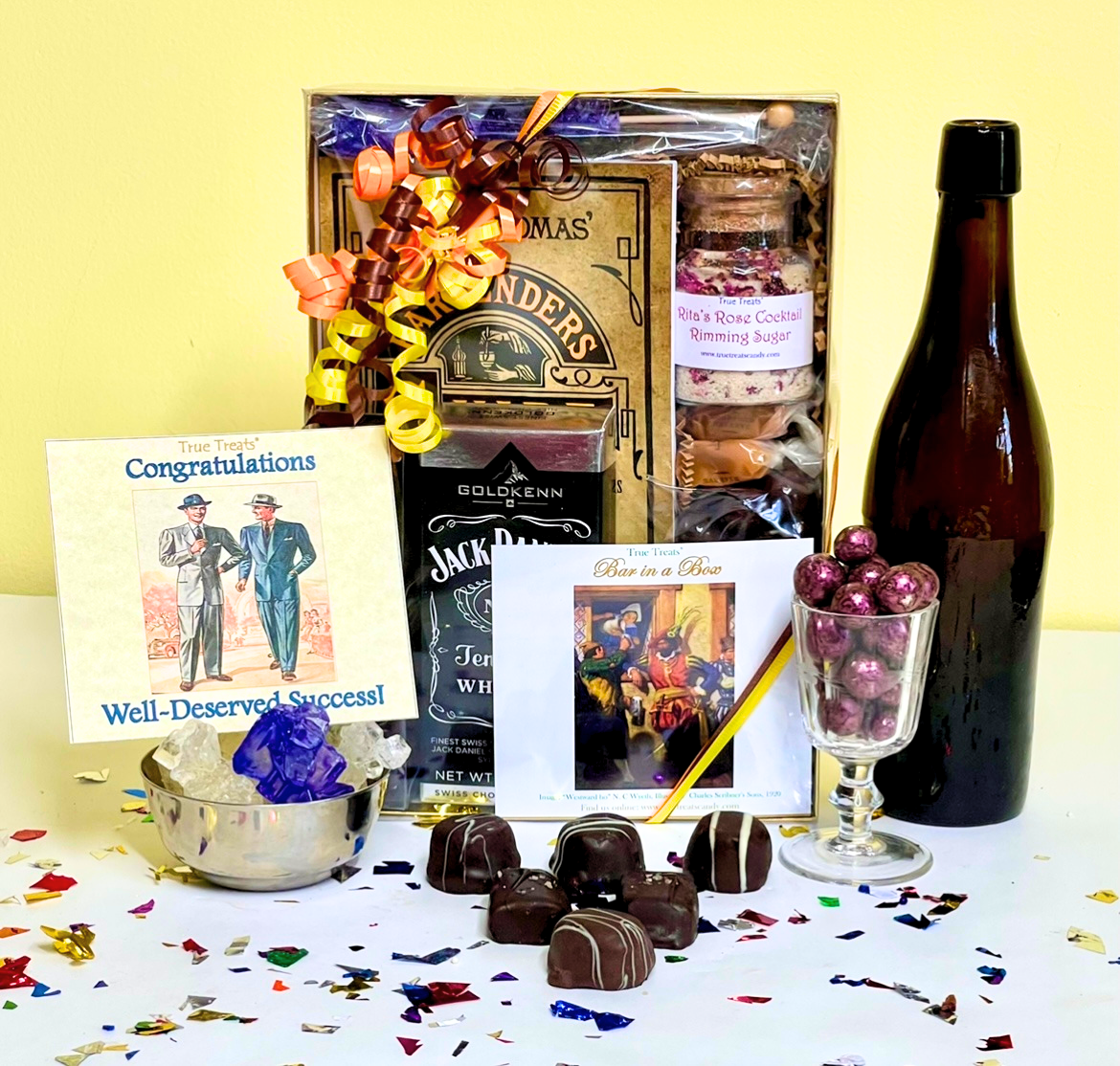 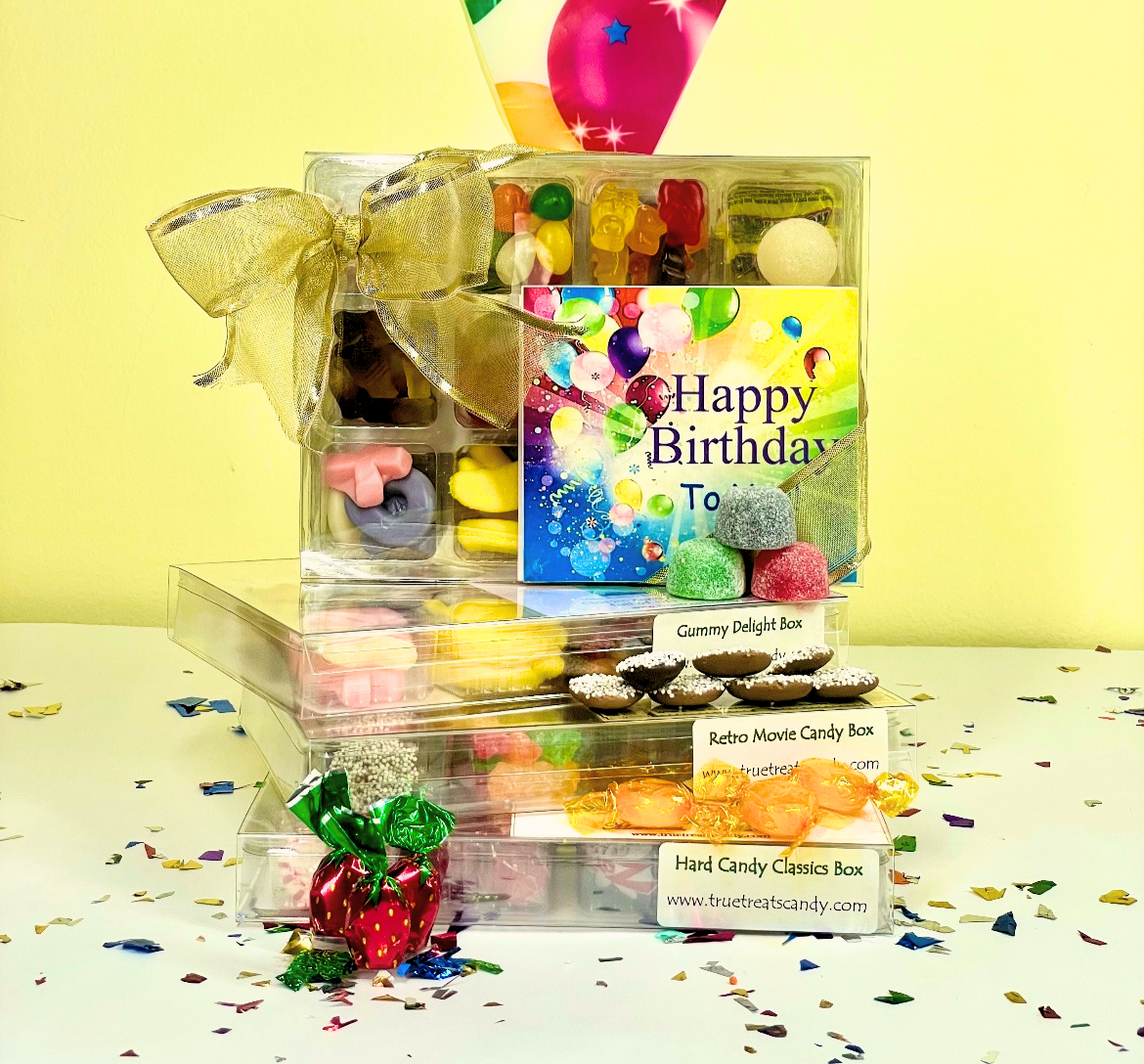 What better birthday gift than a three-part timeline of the nation’s most popular candies. Comes with 36 “perfect portions” of sweets spanning the history of fun candies from the 1800s though the 1970s. Start in the 1800s-early 1900s with our hard candy assortment, many of which started as medicine and morphed into the sweets we love today. We now known as butterscotch, strawberry-filled and sour ball candies.

Next – the movie box, straight from concession stands starting in the 1930s and moving steadily forward. You know the line up – nonpareils, popcorn flavored candy, Mike n’ Ikes…

All this PLUS –  three historic keepsake cards to match each set…YES three – one for each assortment…telling the story of the candies on one side with an historic image on the other….PLUS…A BIRTHDAY CARD of your choice…with the option for you to add a personal message. Delight. Amaze. A gift NEVER to be forgotten. 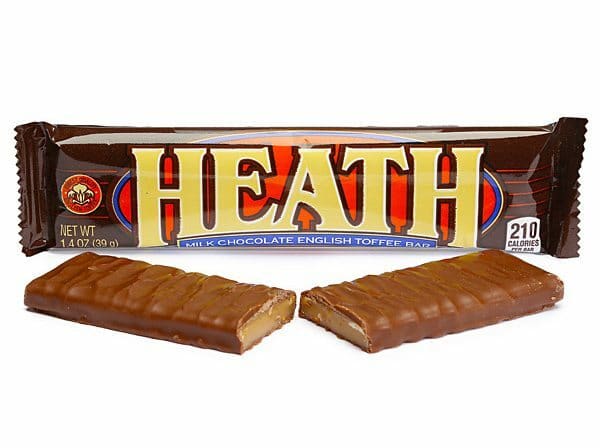 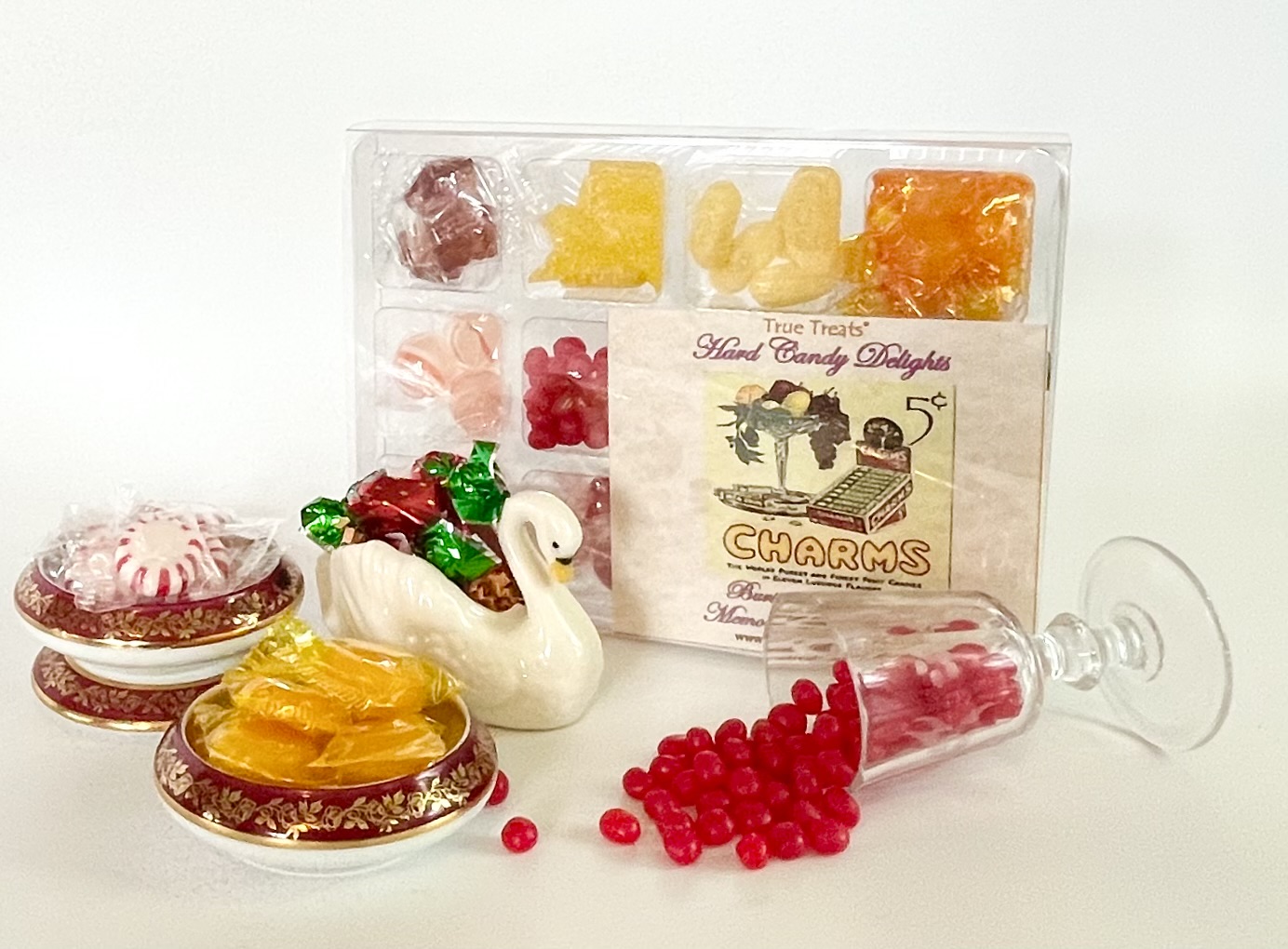 An assortment of hard candies through time, from stain glass (1600s) to sour balls (a favorite of troops in WWII) to butterscotch enjoyed by grandparents everywhere. And don’t forget Cold War-era cinnamon candies, peppermint swirls, and a variety of others used to relieve sore throats, cover the smell of booze on the breath, and give as a gift of love.