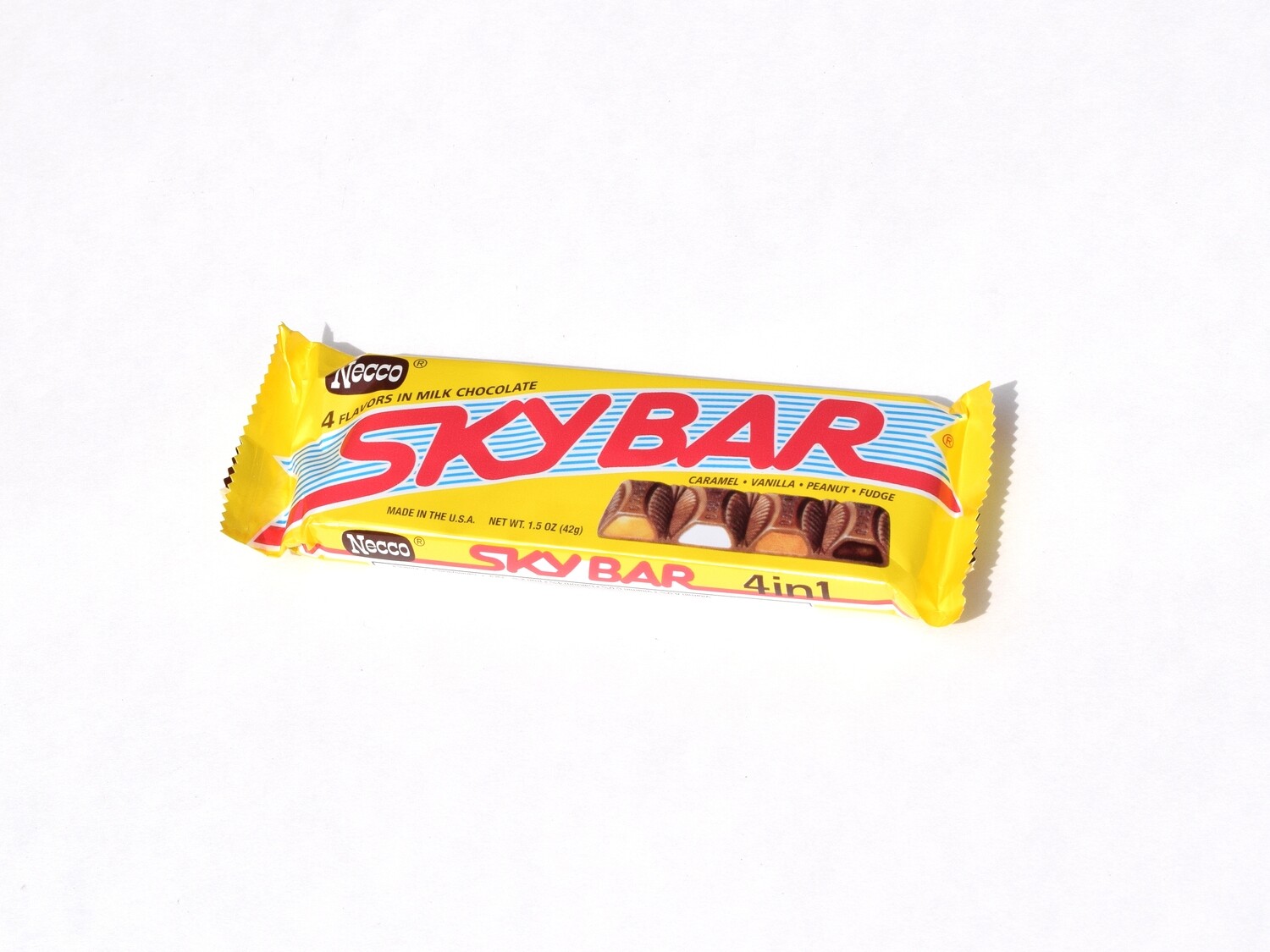 The SkyBar – the first and one of the only compartmentalized candy bars, made by New England Confectionery Company and gone (some thought for good) in 2018. BUT they’re back with the original caramel, vanilla, peanut, and fudge fillings!

Combination candy bars first reached consumers in 1912. A few years later, they went to war with the Doughboys of World War I who came home proclaiming their joys. Candy bars were an instant hit – and why wouldn’t they be?

By the 1930s, up to 100,000 candy bars were on the market, most only available regionally. Cherry Mash, Peanut Chews, Peanut Butter Cups… and so many more found their way into American homes, movie theaters, and lunchboxes. Although the number of candy bars on the market has dwindled, they remain a beloved on-the-go snack or mini-indulgence.

1 bar – Comes with a label with an historic image on the front and the story on the back!