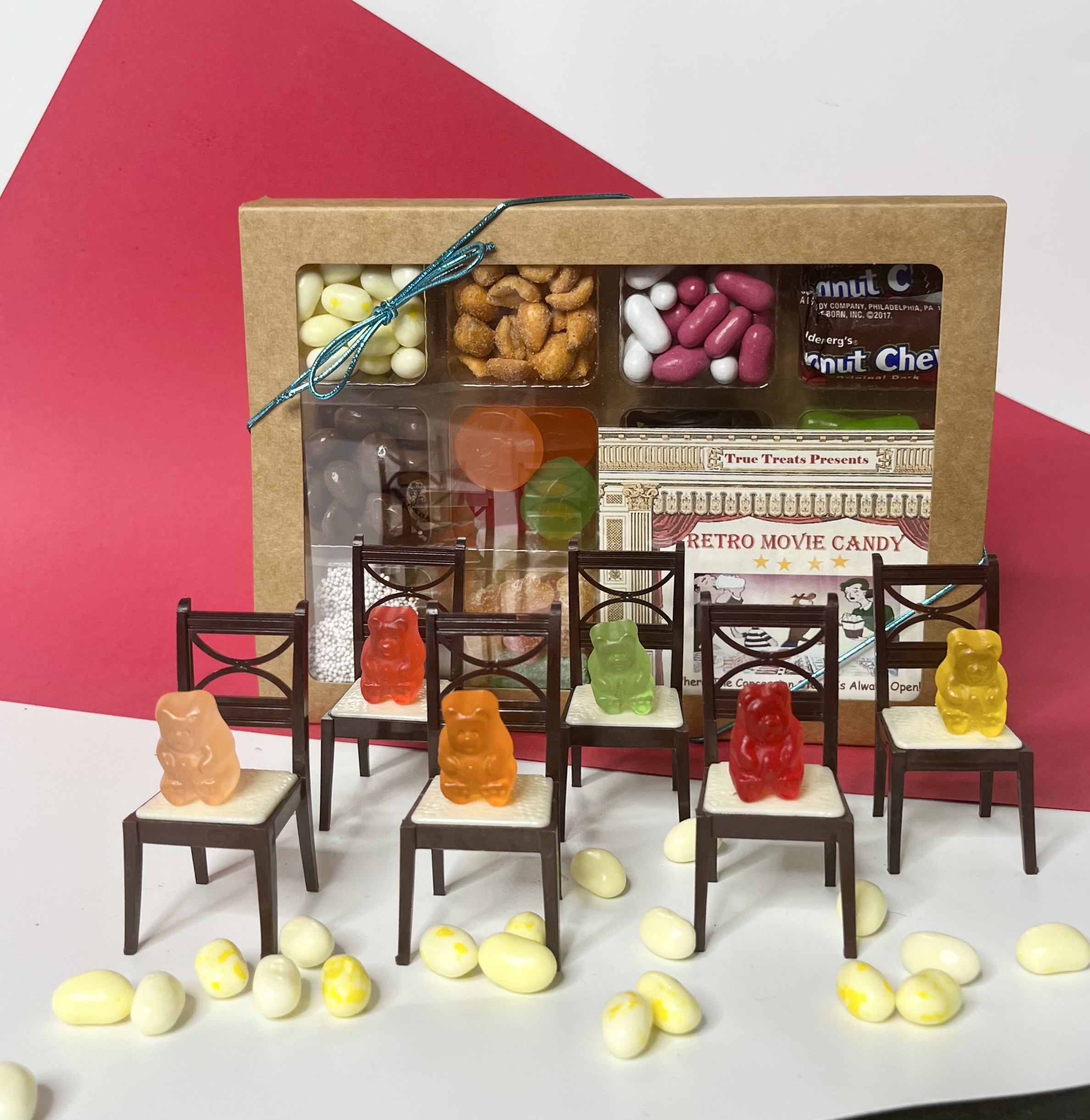 It all started in the late 1800s when vendors sold snacks such as peanuts outside moving picture establishments. During the Depression, theater owners got wise, opening concession stands to sell candy bars – which originated in 1912 and exploded after WWI, gum candies, and chocolate covered fruits and nuts.

Around 1925, Charlie Chaplin called the American Licorice Company and said he needed an edible boot for his movie “The Gold Rush.” The company complied and made him a licorice boot with string licorice laces which he ate like spaghetti. Sweet, silly, and fun!

What’s next? Stay tuned for more!