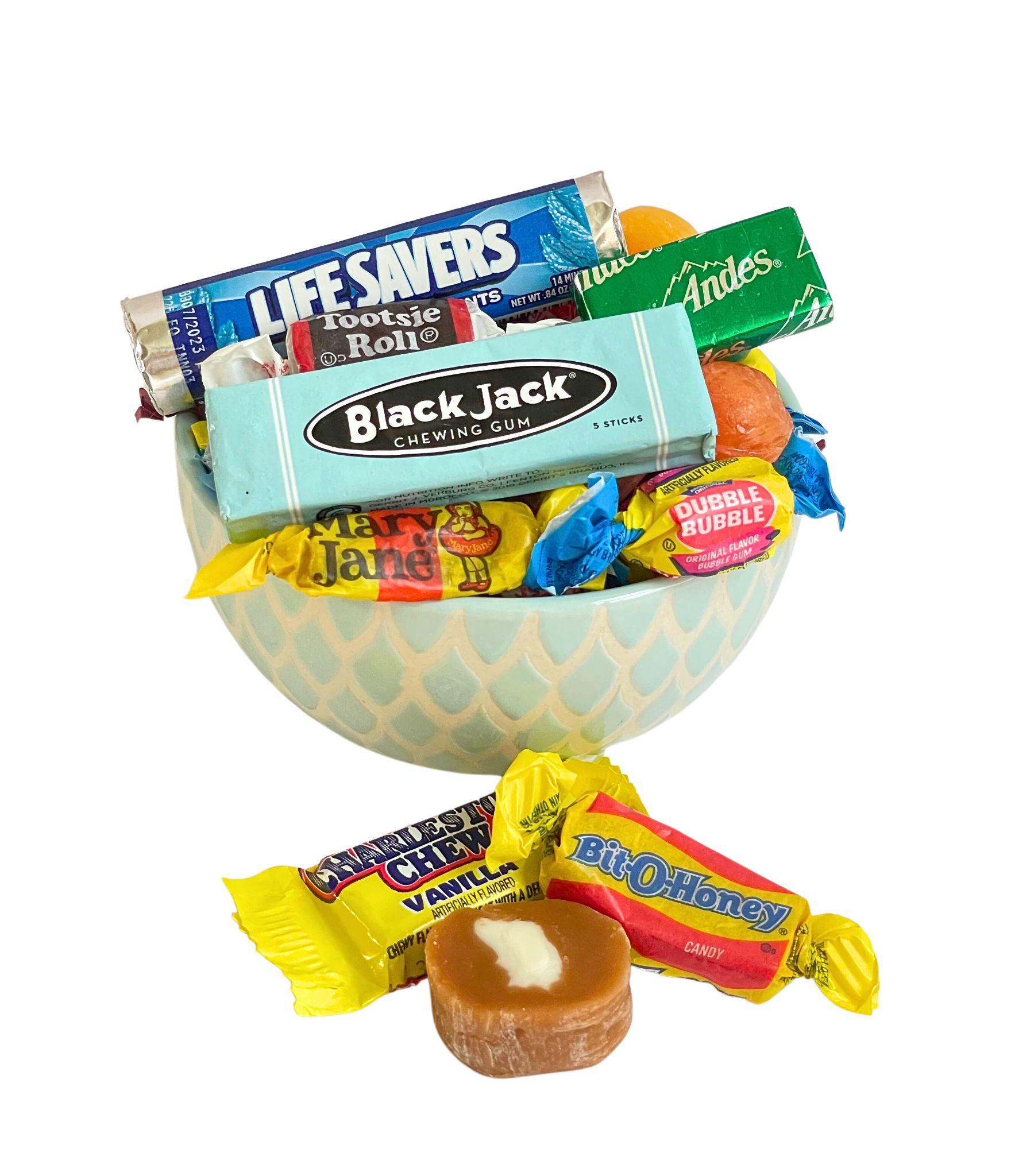 “Count candy” which were not weighed but sold by the piece, wrapped and ready to go. These evolved in the early 1900s, making candy bars available to World War I soldiers and, later, everyone else. In addition to candy bars, these include (mini) Andes Mints, Black Jack and other classic gums, peppermint sticks, and Lifesavers. Made between the 1800s and early 1930s, these were popular through the early 1970s.

Be the first to review “Nostalgic” Cancel reply