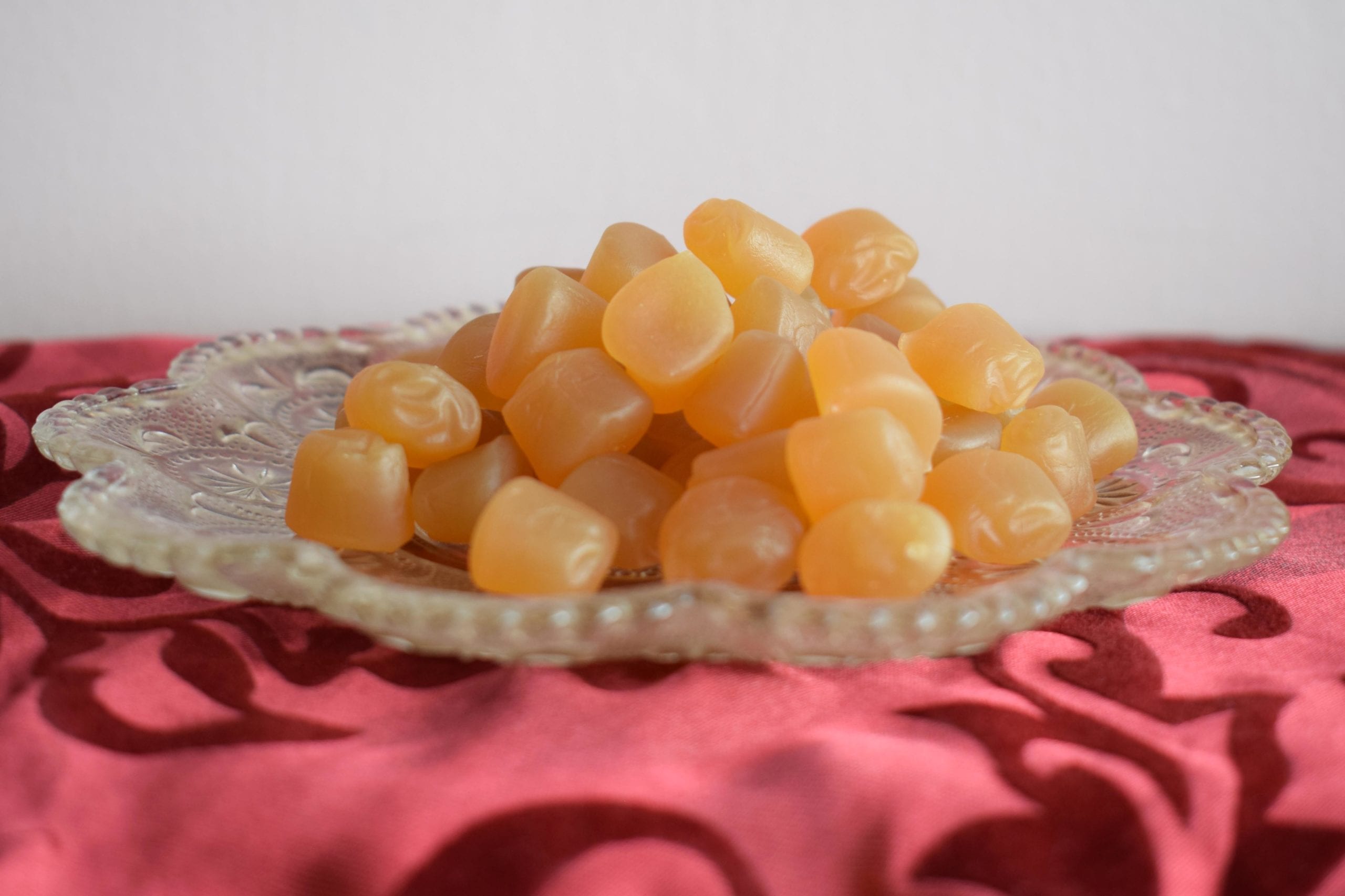 They’re back! Wisconsin Raisins, named for the wrinkly-raisin top of these jujube candies. The texture is on the firm side of soft, much like Dots, with a unique flavor that is one part floral, one part honey, and one part something else. The candy was first made in the 1930s in Milwaukee, likely at the end of the candy boom of the 1920s. Eventually they were bought out by NECCO then vanished when NECCO closed the plant in 2008. Since then, NECCO itself went under, but no worries. Businessman John Barker brought the Wisconsin Raisins back to life in 2014 and we, at True Treats Candy, are delighted to have found them. Comes in a 6-ounce recyclable bag with the story on the label.