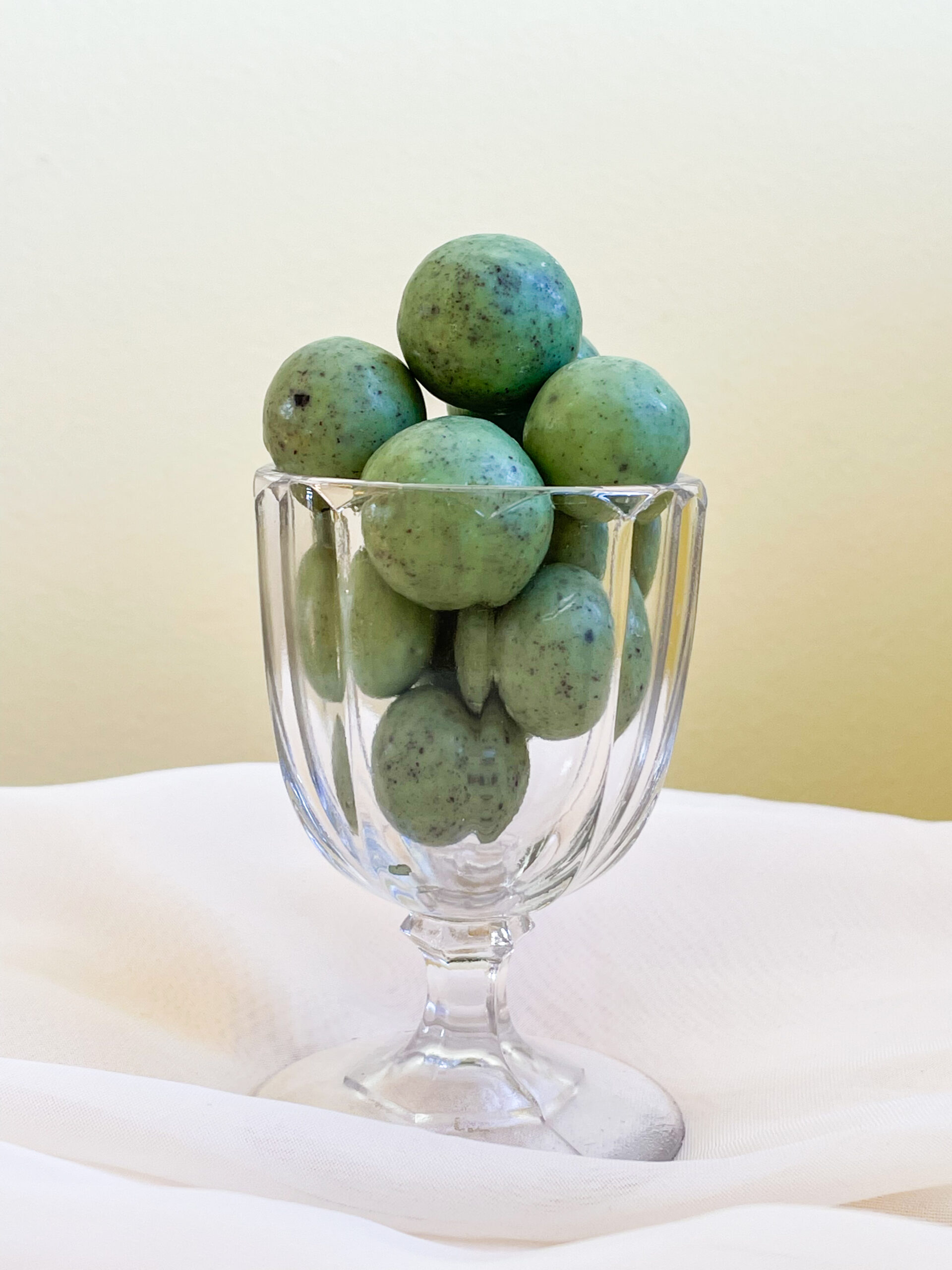 Invented in 1873 by a British pharmacist living in Wisconsin, malted milk was originally a health food for infants and invalids. Soon after, explorers used it on treks including the North and South Pole. In the 1930s and 40’s malted milk balls became a hit.

From the Medicine Cabinet to the Candy Counter…

One of the many treats that made the leap from the drug store to candy counter, like NECCO Wafers (also invented by a pharmacist) or Turkish Delight. A classic! This version is enrobed in mint chocolate. 4-oz heat-sealed bag with the history on the label.