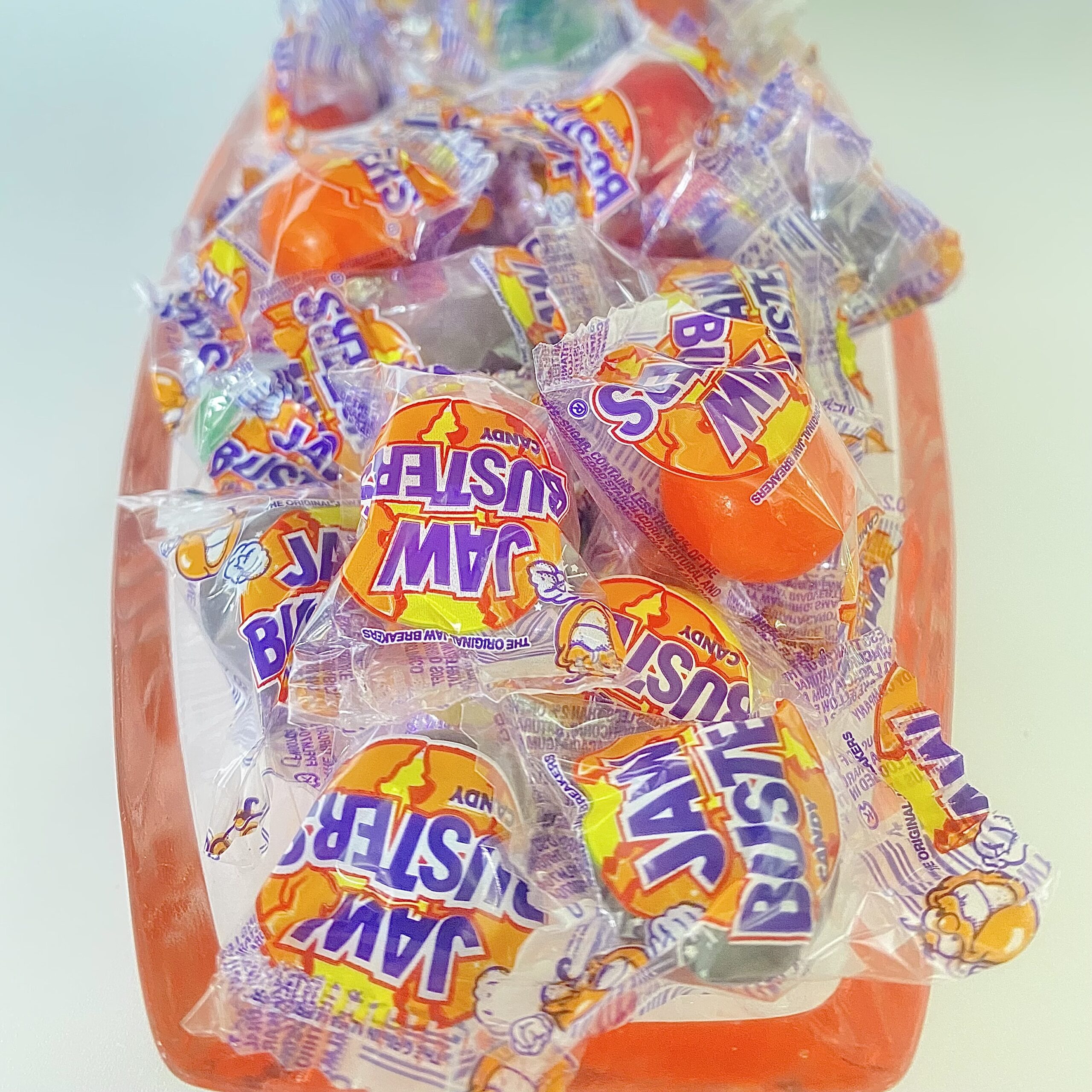 Who knew? Today’s “retro” Jawbreaker, AKA “Jaw Buster” AKA “Gobstopper” started with the 17th century “sugar plum” – tiny seeds or nuts coated with layer upon layer of sugar, a process called “panning.” Sugar plums (meaning ‘good sugars’) were eaten as after-dinner refreshment for the very rich.

From Sugar Plum to Retro Favorite

In the late 1800s, candy makers started using a machine to coat seeds, nuts and other items in sugar with a machine that looked like a cement mixer. Some confectioners replaced the seed or nut with a sugar crystal and called the candy the “Jaw Buster” AKA Jaw Breaker AKA Gobstopper – inexpensive, delightful, available to everyone. The candy was an immediate sensation – especially for kids.

Originally the candy was called the Jaw Buster and Gobstopper and, not too long after, Jawbreaker and now is back to Jaw Busters, although also called Jawbreaker.  Retro as they made be, in 1839, the word “jawbreaker” meant a “hard-to-pronounce word” and later was slang for a dentist.