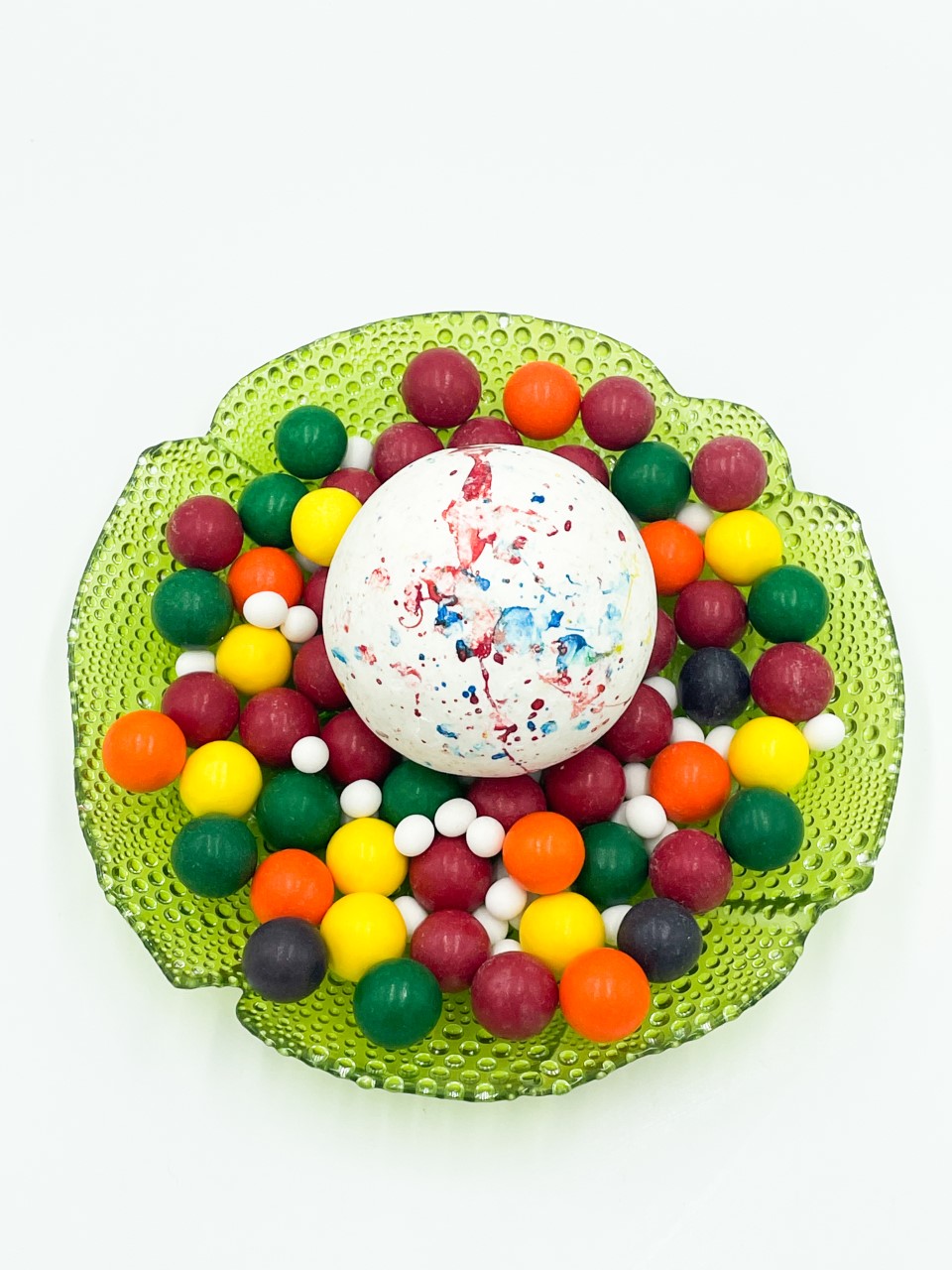 Who knew? Today’s large Jawbreaker AKA Jaw Buster, AKA Gobstopper, started with the small, 17th century “sugar plum” – tiny seeds or nuts coated with layer upon layer of sugar, a process called “panning.” Sugar plums such as cream filberts and dragees (meaning ‘good sugars’) were eaten as after-dinner refreshment for the very rich.

From Sugar Plum to Retro Favorite

In the late 1800s, candy makers started using a machine to coat seeds, nuts and other items in sugar with a machine that looked like a cement mixer. Some confectioners replaced the seed or nut with a sugar crystal and called the candy the “Jaw Buster” AKA Jaw Breaker AKA Gobstopper – inexpensive, delightful, available to everyone. The candy was an immediate sensation – especially for kids.

Originally the Jawbreaker was small – although the small ones still took weeks to make and contained 100 layers. Today’s retro candy is big and bold, and the old-time jaw breaker needed to compete. So, the jawbreaker of yesterday got bigger and bigger – today some are almost the size of bowling balls. How long does it take to eat a Large Jawbreaker? The verdict is out.

Today, many candies are still made using the panning process: Boston Baked Beans, French Burnt Peanuts, jellybeans, Fireballs, Mike n’ Ike’s and many more. But none last as long, or have grown as big, as the Jawbreaker.

1 pc — Comes with a label with an historic image on the front and the story on the back!