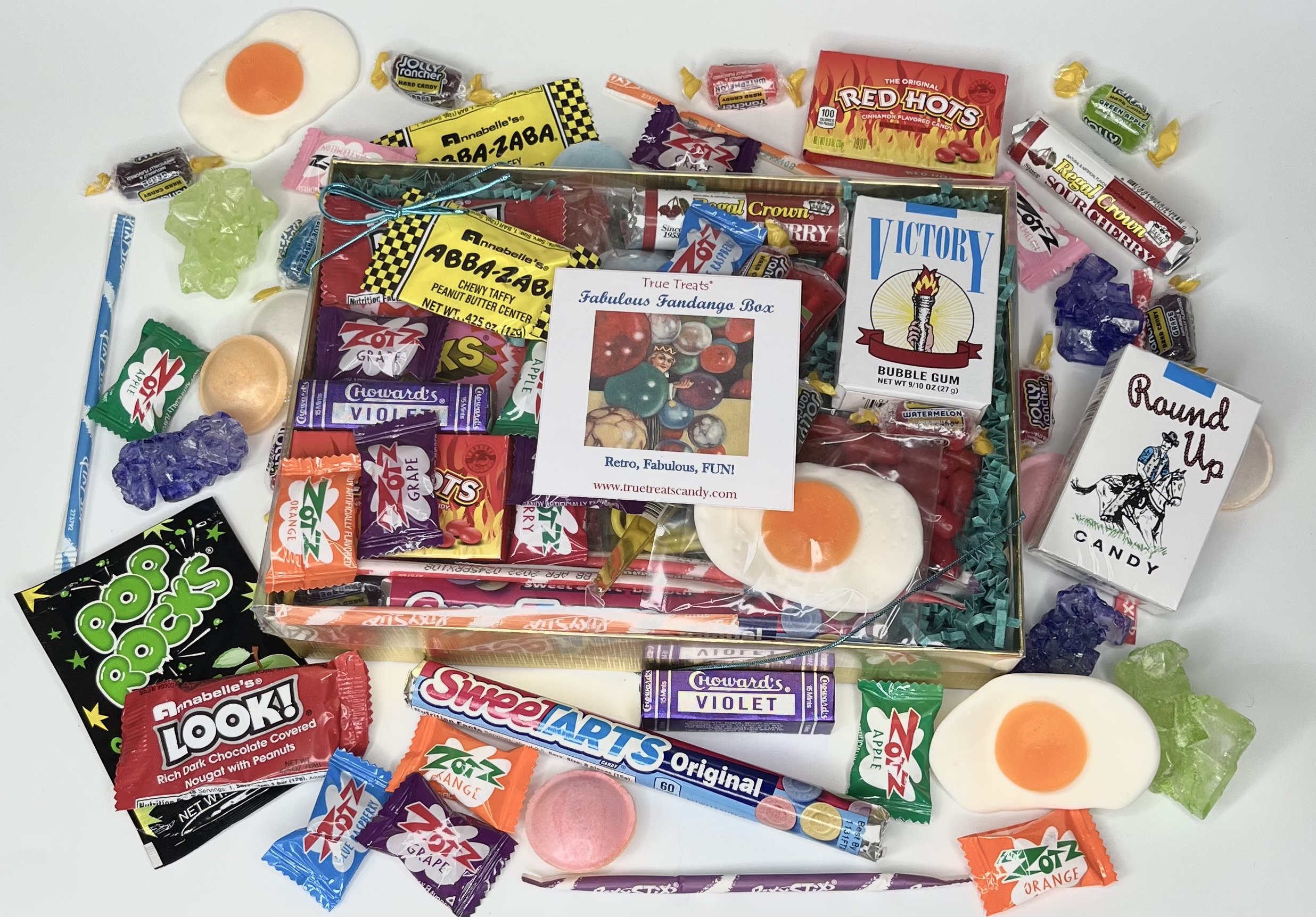 Enjoy the 20th century’s finest with this gift box brimming with vintage candies! The early 1900s brought candy cigarettes, wax lips, and Jawbreakers – a descendent of the sugar plum candies of the 1600s! Classic caramels followed, like Goetze’s Caramel Creams (still family owned), the Sugar Daddy – whose original name was the Papa Sucker! Who knew?

The 1920s also saw an explosion of old time toffee candies like the classic Bit O’Honey.

Wait, Pixy Stix Started Out As… What?!

Believe it or not, this beloved retro candy started out as a drink mix! In the 1940s, the classic Pixy Stix hit the market. Parents wrote to the company so frequently saying the candy was too messy and their kids were covered in sugar that 20 years later, a compressed version of Pixy Stix, the SweeTart, appeared! Who knew?