Norbert Rillieux: All the Sugar that You Eat and a Bizarre Twist

Norbert Rillieux: All the Sugar that You Eat and a Bizarre Twist 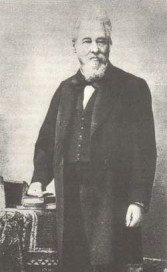 If you like sweets, eat sweets, or give gifts of made sugar, you have Norbert Rillieux to thank. His story is remarkable and his legacy regarding cane sugar in specific and sugar in general is profound.  He was born in 1806; his mother was a free woman of color, and his father, Vincent Rillieux, a European American plantation owner and inventor. At that time, 25 percent of African Americans in New Orleans were free and mixed couples often raised families together.

Rillieux was a precocious student – so precocious his father sent him to the famous l’École Centrale in Paris where he studied engineering. At twenty-four, he became the youngest instructor of applied mechanics and later, back home, developing a multiple effect steam-operated evaporator that turned raw sugar into sugar crystals. 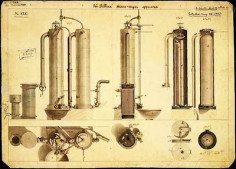 At the time, sugarcane production relied on something called the “Jamaica Train”: a process where slaves ladled scorching sugarcane juice from one boiling container to another. Frequently, these workers were scalded to death or endured debilitating burns. Then came Rillieux’s system, where the evaporator did the work, saving lives, enhancing the quality of sugar and expediting the timing of the sugar evaporating process.

In short, it was of the same magnitude as Eli Whitney’s cotton gin. And here is the bizarre twist: Rillieux became the most sought-after engineer in Louisiana: evaporator was embraced by widely by such persons as the Confederate secretary of war, Judah Benjamin. Yet, as a “person of color,” he couldn’t sleep at the plantation as a guest or, in some cases, even dine there. As the Civil War drew near, Rillieux faced an increasing number of restrictions, such as the loss of his right to walk along the street. So, Rillieux moved back to France where he died in 1894 and was buried in the famed Paris cemetery of Père Lachaise. 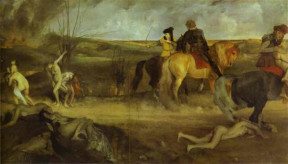 Eli Whitney has made his way into the annals of history. Norbert Rillieux is forgotten.  But, an interesting footnote is this: In 1872, French impressionist painter, Edgar Degas was suffering from a bout of artist’s block. So, he decided to visit the home of American relatives in New Orleans. Louisiana, still recovering from the devastation of the Civil War, somehow inspired Degas and fueled some of his finest paintings. The home had belonged to Vincent Rillieux, Senior.  His son, Vincent, Jr, was Norbert’s father. Degas and Norbert Rillieux were cousins.