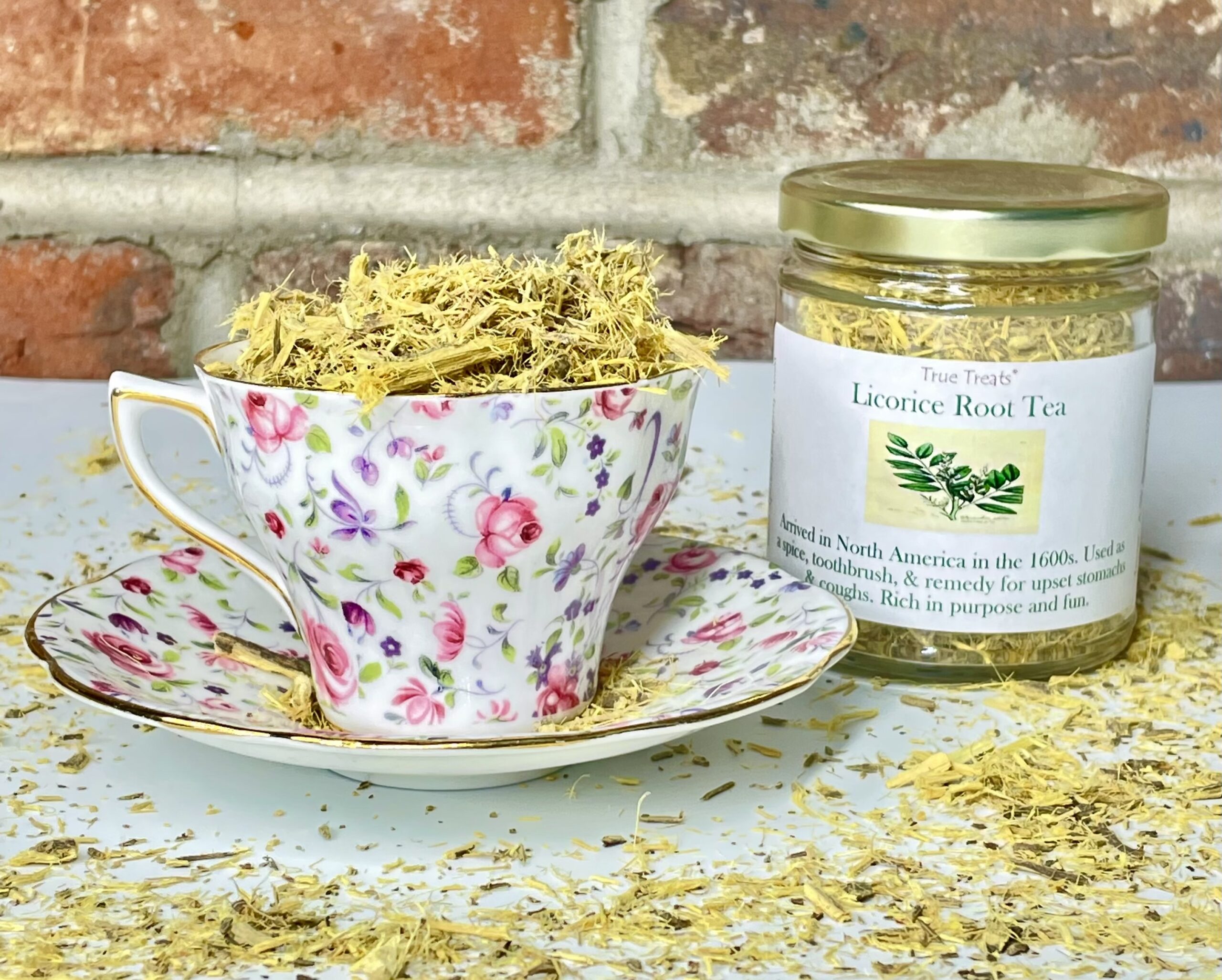 Licorice Root: Tea, Treats and So Much More

botanicals Licorice Root: Tea, Treats and So Much More

Love tea? If you do, it’s an excellent background flavor to enhance others.  It’s 50-times sweeter than sugar, but not with the subtle, overly sweet taste of many sweeteners today. You may be eating licorice and not even know that’s what it was.

Is Licorice Good For me? 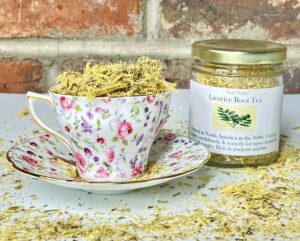 The licorice plant arrived in North America in the 16th century with John Josselyn who carried it from England to Boston. He listed licorice as one of the “precious herbs” among his cargo. Previous to that licorice has Licorice has a long history as a remedy used in Chinese medicine for thousands of 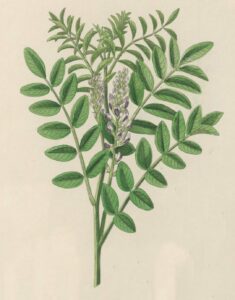 years. Among its many benefits: relieve stress, improve the respiratory system, relieve stomach distress, and more.

In North America, the root was used as a tea, a medicine, and a toothbrush of sorts – people chewed it as they went about their day, moving a piece around their mouths to clean their teeth. Best of all – licorice is 50-times sweeter than sugar and was used as a flavoring. No more now, though. Maybe it’s time we got back!

For a strong tea add one-fourth cup of licorice root to a medium pot of boiling water. Simmer for at least 10 minutes then drain out the root.  OR: Add a teaspoon or two of licorice tea to a cup of hot water. Let it sit for around 5 minutes or later.

– Have aches and pains? Why not a rag in your licorice tea and make a compress for the painful area.

Liquorice Paste [aka Jujubes]. The best refined liquorice one pound, gum Arabic four pounds, loaf sugar two pounds, Florence orris-root [root of the Iris] one ounce. Dissolve the gum and liquorice in seven pints of water, keeping it stirred over a slow fire; add the sugar in syrup [mixture] with the orris-root, evaporate to a paste, and finish as jujubes.

SO – put a piece of licorice candy, black, of course (red wasn’t invented yet), add honey or lemon or anything else you like. Carry it around when you hang out with your friends. Give the cup or canteen a shake before drinking. Sharing with fi=riends is at your discretion.