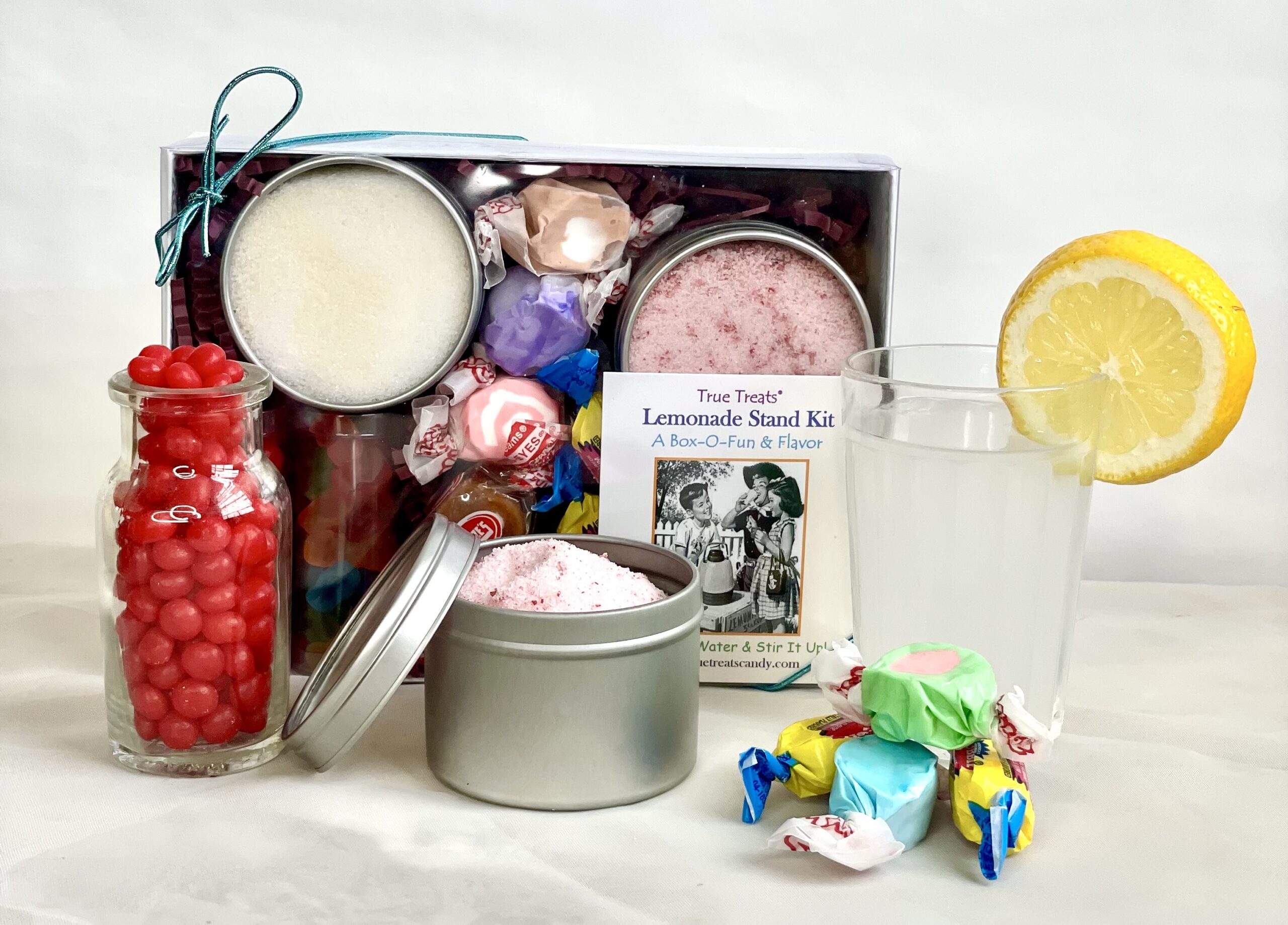 Lemonade is more than a tasty summer drink…it’s a pinnacle of festive occasions. According to the Norfolk Virginian of July 9, 1904, “Fourth of July without lemonade would be like the play Hamlet with Hamlet left out.”

True? Absolutely. Especially when you consider how versatile this fabulous drink really is. At its most fundamental, lemonade is lemon, water, and sugar, a combination going back to Medieval Egypt and a drink called “qatarmizat.”

Mid-17th century and lemonade arrived in Europe where it found acclaim, especially in Paris where street vendors sold lemonade by the cup. Eventually, lemonade wound up in North America where the lemon trade had taken root in Florida. Its popularity rose with the rise of cane sugar – this sweetener, which once grew with almost reckless abandon in Asia and India, grew from the “blood and sweat” of enslaved laborers in the U.S. Since then, lemonade has gone through numerous iterations without leaving its original state – until recently, that is.

Fresh Lemonade All the Time, ANY Time

Essentially, there were two kinds of lemonade: fresh lemons and dried lemons, or a version thereof. The dried lemons are available as lemon crystals – lemon with lemon juice and citric acid. Add water and sugar and you’re done. 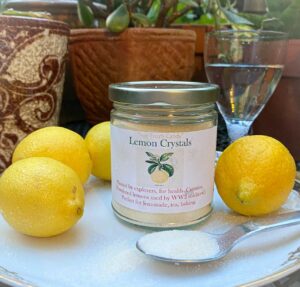 Interestingly, a purer recipe for the crystals showed up as far back as 1864, in Dr. Chase’s book “Dr. Chase’s Recipes and Information for Everybody”. Dr. Chase wrote voraciously about health, well-being and just about everything else –his books sold more than any other at the time…including the Bible and carried over 800 recommendations. He wrote:

Recipe for Lemonade to Carry in the Pocket: Loaf Sugar – rub it down finely in a mortar and add citric acid ½ oz. (tartaric acid will do) and continue the trituration until all is intimately mixed and bottled for use…It is best to dry the powders.

A rounding tablespoon can be done up in a paper and carried conveniently in the pocket when persons are going into out-of-the-way places, and added to half pint of cold water when all the beauties of lemonade will stand before you waiting to be drank, not costing a penny a glass. This can be made sweeter, or more sour, if desired.

If you want to read Dr. Chase’s book, which literally includes everything from medicinal solutions to advice for harness-makers, go HERE

Of course, plenty of iterations on the lemonade theme have cropped up over time: Mary Randolph’s The Virginia Housewife cookbook of 1824 included this recipe for lemon cream, a version of lemonade. It might be worth a try:

“Pare the rind very thin from four fresh lemons, squeeze the juice, and strain it put them both into a quart of water, sweeten it to your taste, [or use True Treats Lemon crystals, to taste] add the whites of six eggs, beat to a froth; set it over the fire, and keep stirring until it thickens, but do not let it boil then pour it in a bowl; when cold, strain it through a sieve, put it on the fire, and add the yelks of the eggs stir it till quite thick, and serve it in glasses.”

Other recipes, using traditional lemonade as a base, include this spirited one from Candy and Ice Cream Magazine of 1915:

“Use five lemons and one cup full of sugar to each quart of water [or 2-3 tablespoons of crystalized lemons] to make strong lemonade. Bruise fresh mint leaves and stalks and add to the lemonade. Then add an equal amount of ginger ale and a good size piece of ice. Let stand about half an hour before serving in order that the mint may flavor the drink.”

Perhaps my favorite lemonade recipes come from the New American Cookbook of 1941. These recipes are about as simple and surprising as any out there, while never leaving the fundamental lemon-sugar-water base. Here are a few of them:

Then there’s this for the super-health inclined:

[Or: 1 cup of True Treats’ lemon crystals with sugar.]

If the last two recipes seem a bit challenging to the palate, try this one. It’s a winner!

Combine ingredients in the order given. Chill for ½ hour. Serve in each glass a thin slice of lemon from which the seeds have been removed. [Optional. Another possibility is to use True Treats’ Fruit Slices. Daring, sweet with added value of fun.) This option will serve 6 water glasses or 18 punch glasses.”

Boil sugar and water ten minutes. Cool. Add juice of lemons and lime, and the orange or lemon beverage, or ginger ale. Serves 6.”

For those of you who love lime but don’t have any readily at hand – no worries! True Treats can supply you with crystalized lime as well. Of course, you could always skip the lemon and replace and of these recipes with lime.

By now, you may be wondering about boozy lemonade. Before you think 1940s or ‘50s, step back a few centuries. Lemonade, spiked with alcohol, appeared during the reign of Genghis Khan in Mongolia. The mixture of “qatarmizat” aka lemonade and alcohol does not necessarily mean that early consumers were hanging out in a bar enjoying the combination – fermented drinks have long been used as a medicine as well as libation.

Lemons, if not lemonade, had a lead role in cocktails early on. An example is from Jerry Thomas’ Bar-tenders guide of 1862 – it’s one of many containing the lemon, water, and some variety of sugar:

The juice of half a small lemon.

Shake well, strain into a large cocktail glass, and fill with Seltzer or Apollinaris water.

To access the book get the online version for free HERE

In the 1870s prohibitionists espoused lemonade as an alternative to “evil” alcohol. First Lady Lucy Webb Hayes, a vehement prohibitionist, was nicknamed “Lemonade Lucy” by the more alcohol inclined.

What about Pink Lemonade?

How did pink lemonade come into existence? Here are the options:

We at True Treats like the first idea best, then #2. So, we’ve added fruit sugar to our make-your-own lemonade stand kit for the perfect pink – plus cinnamon candies should you be so inclined. Either way, pink lemonade was jump-started (if not started) by the ever-popular traveling circuses of the 1800s / early 1900s…and lemonade got a boost at the same time with the availability of ice.!

Lemonade stands were said to begin in New York around 1879 and continued, gaining speed in New York City and most likely elsewhere in the heat. Kids started running their own stands around that time – either making money for themselves or for choice charities.

MAKE YOUR OWN – Lemonade-stand in your home with our lemonade kit. Add fruit sugar or red hots for color if you like pink, and enjoy some of the summertime sweets from when lemonade stands started. 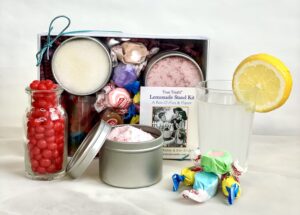 The Web site abounds with other lemonade-based drinks. We asked our Facebook friends for their ideas. The overall winner is Arnold Palmer’s lemonade – ½ lemonade and ½ sweet tea or some variation of the theme. Their alcohol-related recommendations were pretty basic:

A few friends reported in about the health benefits of lemonade. Paula Mallory told us – “I drink Arnold Palmers all day, everyday!!! After I had to have a kidney stone removed a few years ago the doctor told me to drink lemon water daily. I guess you could say I comprised by adding my unsweetened lemonade to my southern sweet tea.” Emily Williams said: “ I make it with raw honey and use it to help mitigate my summer allergies.”

Another interesting comment was from Jim Beaver. He said he uses “1 part pomegranate juice and 3 parts lemonade.” As pomegranate was prevalent in the Mediterranean and Middle East when lemonade originated, it’s likely the pomegranate was added to lemonade then, too.