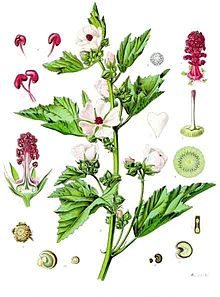 Hot Chocolate and Marshmallow: Thousands of Years and Counting

Blog Hot Chocolate and Marshmallow: Thousands of Years and Counting

In chilly weather, when you find comfort in hot chocolate with an island of marshmallow floating on top, you’re really enjoying two foods that have boosted the body and spirit for thousands of years. The first-ever chocolate drink was made by the Olmecs of Mesoamerica 4,000 years ago – a gritty mixture of pulverized cacao beans with vanilla, chili pepper and other spices. Their decedents, the Maya and Aztecs, revered the cacao bean as a gift from the gods. So valuable was the cacao, the Aztecs used it as currency: drinking chocolate was akin to drinking gold!

Head north and you find European Americans drinking chocolate in the 1700s: they considered it healthy and a delicious political weapon, of sorts: When the British decided to tax tea in 1767 Americans drank chocolate instead….a sign of patriotism and defiance! Officers in the French and Indian War received chocolate as did Revolutionary War soldiers. Theirs included an expensive and health-inspiring product known as cane sugar, as well as spices such as cinnamon and anise for a deliciously complex taste.

While the Mesoamericans were enjoying chocolate drink, ancient Egyptians were cooking up something now considered the Queen of Frivolous Food: marshmallows. “The first marshmallows were made by boiling pieces of the marshmallow root pulp with sugar until it thickened. After it had thickened, the mixture was strained and cooled. As far back as 2000BC, Egyptians combined the marsh mallow root with honey,” according to Krapp & Longe, editors of How Products are Made Volume 3, 1994. 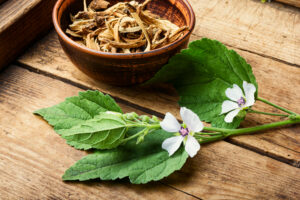 The upside of the plant was its food value; in fact, it was considered medicinal. The downside: it was extremely difficult to use. The problem was solved in 1845 when Peter Cooper, inventor of the steam locomotive, came up with another groundbreaking idea: instant gelatin. At the time, gelatin required that cooks spend grueling hours boiling hooves. The newer version spared them the trouble, although its popularity only spread with Charles Knox’s 1894 version.

Soon, cooks, especially women cooks at home, had a near panacea for making such stubbornly difficult products as marshmallows. Gelatin in: temperamental plant, out! The result was light, fluffy, and cheap to make…hence the regular appearance of marshmallow in another early 20th-century favorite: the candy bar.

Granted, the new version robbed the treat of the health benefit of the plant. And, true, today’s chocolate is only a shadow of its previous esteemed self. But no question, the fluffy mass floating in a sea of ancient brown sweetness is the perfect remedy for a cold winter’s day.

Here are a few recipes:

Take of decoction of:
marshmallow roots 4 ounces;
water 1 gallon.
Boil down to 4 pints and strain; then add
gum arabic 1/2 a pound;
refined sugar 2 pounds.
Evaporate to an extract; then take from the fire, stir it quickly with:
the whites of 12 eggs previously beaten to a froth;
then add, while stirring.
—The Complete Confectioner, Eleanor Parkinson [Lippincott: Philadelphia] 1864 (p. 23)

“A concoction of marshmallow is efficacious in the cure of severe coughs, catarrhs, &c. Cut the roots into thin slices, and pour over them boiling water (about a pint to an ounce of the root), cleansing and peeling off the outer skin before infusion. The water may be flavoured with the squeezed juice and grated rind of an orange, and sweetened with honey or brown sugar-candy. Marshmallow leaves are eaten dressed like lettuce, as a salad. Time, two hours to infuse.”
—Cassell’s Dictionary of Cookery with Numerous Illustrations [Cassell, Petter, Galpin: London] (p. 410) 1875

1 tablespoon granulated gelatine
1 cup boiling water
1 cup sugar
whites 3 eggs
1 1/2 teaspoon vanilla
Macaroons
Dissolve gelatine in boiling water, add sugar, and a soon as dissolved set bowl containing the mixture in a pan of ice water; then add whites of eggs and vanilla and beat until mixture thickens. Turn into a shallow pan, first dipped in cold water, and let stand until thoroughly chilled. Remove from pan and cut in pieces the size and shape of marshmallows; then roll in macaroons which have been dried and rolled. Serve with sugar and cream.” —Boston Cooking-School Cook Book, Fannie Merritt Farmer [Little Brown: Boston] 1923 (p. 523)