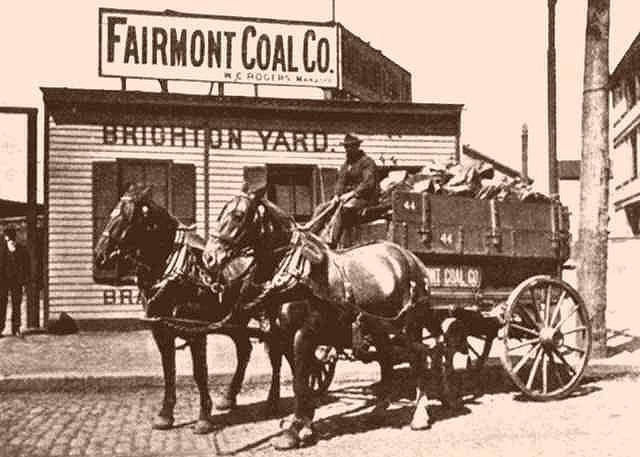 Father’s Day: Expression of Love or a Commercial Trap? Why Worry?

Fathers Day Father’s Day: Expression of Love or a Commercial Trap? Why Worry?

If you’re torn about Father’s Day – wanting to show Dad love but avoid a commercial trap – take heart.  While some people believe Father’s Day, and its counter-part Mother’s Day, are a Hallmark Card company gimmick, both have sincere origins dating back to the early 1900s in West Virginia.

Father’s Day began in 1908 at a church service honoring 362 coal-miners who died at the Fairmont Coal Company disaster in Monongah, West Virginia. The one-time event honored not only those men but all fathers. The idea was picked up a year later by Sonora Smart Dodd of Spokane, Washington to honor her own father, a widower raising six kids. She lobbied shopkeepers, the YMCA, government officials, and anyone else who might take action. In 1910, she was successful: the state of Washington launched the first Father’s Day.  In 1916, President Wilson acknowledged the day by unfurling a flag in Washington by pressing a button in DC and, at long last in 1924, President Calvin Coolidge got on board, promoting Father’s Day in 1924. It wasn’t until 1972, in the heat of the election campaign, that Richard Nixon made Father’s Day an official Federal holiday.

Mother’s Day dates back much further to the ancient Greeks and Romans who honored the mother goddesses Rhea and Cybele respectively each spring, and later, the early Christians who honored the Virgin Mary. By the 1600s, the British had established Mothering Sunday celebrating motherhood with gifts and flowers. In the U.S the seeds of Mother’s Day were planted in 1872 when Julia Ward Howe, an activist, and writer of the “Battle Hymn of the Republic,” tried to establish Mother’s Day as a day of peace. But the true founder of Mother’s Day was activist and social worker Anna Jarvis, of Grafton, West Virginia. Childless and never married she established the day in 1908 in honor of her own mother.

Opponents of the commercialization of both days, weighed in immediately. In the 1920s and 30’s, a movement sprung up to blend the two into a single commercial-free celebration called “Parent’s Day.” Their efforts were undone during the Great Depression when struggling marketers and merchants advocated for making Father’s Day a “Second Christmas”, with a long list of products from pipes to neckties to make the day complete. During World War II, Father’s Day rose up as a way to support the troop and the commercial deal was sealed.

Today, Americans spend more than $12.7 billion each year on Father’s Day gifts and a whopping $21.2 billion on Mother’s day – a lot, I know. But here’s the thing: Americans also hold cookouts and other family gatherings, spend time away from screens to talk to each other, have fun, and, above all, show appreciation in an era that challenges the well-being of even the best of families. So what if there are presents? Gifts never hurt anyone and, besides, humble or elaborate, they’re signs of love.