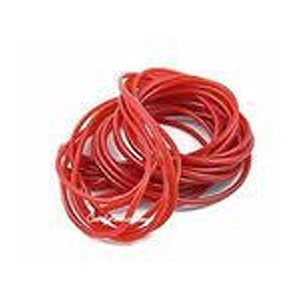 Born in London in 1889, he was destitute as his mother was mentally and physically ill and his father, an alcoholic, had abandoned the family. Chaplin inher

his parents’ theatrical talents and began acting at five years old. He rose to become one of the world’s greatest stars. At the rise of Hitler, Chaplin turned his theatrical attention to politics, a decision which ultimately destroyed his popularity in the U.S. Later Americans recanted their opinion and Chaplin received an honorary Academy Award for “the incalculable effect he has had in making motion pictures the art form of this century” before his death in 1977.

Charlie Chaplin and the Licorice Connection

In 1925, Charlie Chaplin was preparing for his new movie, The Gold Rush. In it, his character, the Tramp, was setting out to make his fortune during the Gold Rush. Hunger set in and he was forced to eat his boot. But where could Chaplin get an edible boot? He contacted the American Licorice Company who obliged him, making a black licorice shoe with licorice laces as the shoe strings. The company invented Snaps in 1930 and a new, non-licorice licorice aka “red licorice” in the 1950s, which goes by the name of Red Vines.

The Vagabond (1916) is Chaplin’s third film, a comedic love story, with more drama and pathos than the earlier work. The Tramp is downtrodden yet tenderhearted and eventually the winner at love and, quite possibly, life.