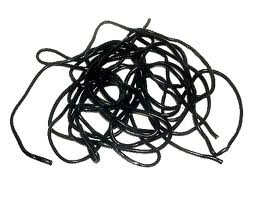 What is the connection between iconic silent screen actor Charlie Chaplin and a favorite retro candy?

The year was 1925 and Charlie Chaplin was making a movie that would later be renowned as a silent movie classic. The film was called “The Gold Rush” and in it he played a poor, starving gold miner, so starving, in fact, he was forced to eat his boot. This put Chaplin in a bind: he needed an edible boot. What to do? What to do? Chaplin called the American Licorice company who had just settled into their San Francisco home. The company filled the order with what is likely the world’s first licorice boot with licorice laces as shoe laces! The company invented Snaps® in 1930 and a new, non-licorice licorice aka “red licorice” in the 1950s, which goes by the name of Red Vines® and today sells more than black.