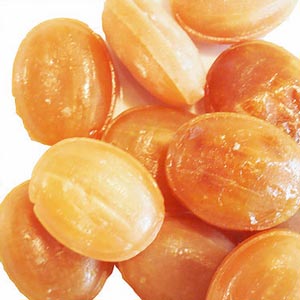 The Author’s Illuminating (for her) Experience

I recently had an experience in my hometown of Shepherdstown, WV. It was about racism, not against African Americans but Muslims, and it did not directly involve me. Still, I felt strongly about it and got involved. The situation, which is still ongoing, gave me new insight into how Mrs. Spencer and, dare I say, the escaped slaves, felt.

Here’s how it started: I found, among other things, an anti-Muslim meme on the Facebook page of the town’s police chief, who is also a star in the hit show Ghosts of Shepherdstown which reaches tens of thousands of people. Someone had shared the meme and it stayed there for ten days until I called it out. Through Facebook I revealed the post and said the community needed to make decisions about how the town could prevent such posts in the future.

Here’s what happened: At the prompting of a town council member, the chief took the meme down. Once he did, the town council member told me the matter would not be discussed any further. The chief soon weighed in on Facebook, saying he too had rights to freedom of speech and could express what he wanted.*  The town’s people rallied behind him and were among hundreds who testified on his behalf , volunteering that he was “nice guy” and a “good, honest man”  although that was never the question. Some castigated me for calling him out in the first place. I did contact a number of attorneys and local political figures about the matter. The response was minimal. The chief never apologized for the meme.

Insights into Mrs. Spencer:  From my experience I could imagine with greater clarity the loneliness Mrs. Spencer must have felt. She was part of a community of decent people. Still, the overwhelming population were not abolitionists. They may have addressed issues in the safety of a group, at church, for example, but were unwilling to confront them in the immediacy of their communities. To stand out from the crowd in protest is difficult –to be an activist abolitionist in the early 1800s must have been remarkably isolating.

Mrs. Spencer was also up against those with the greatest power: the police, attorneys, political figures. Even more to the point, she was standing up to an unjust law which, if broken, would have profound consequences on her and her son’s lives, including fines, imprisonment, and physical punishment. Whatever supports that were available, were few and too hard-pressed to devote time to any one person.

As for the slaves – it’s hard to grasp their perspectives in this regard, many existential in nature. How could they fathom why a mass of people could subject them to such inhumane treatment?  And how could they make sense of a universe where their very children were stolen from them? We can only focus on their actions, their songs and words, and their many modes of resistance.

The issues regarding the meme were existentially jolting. I wake up in the morning asking how my neighbors could fail to confront that sinister form of racism. These are people who vote, join marches, comment on the news. What does this say about their ability to act on their convictions? To take a stand outside of the group? Work against their best interests for something of consequence? I wake up in the morning and confront the community that I love. The meme is somewhere in cyberspace. But Mrs. Spencer, and other abolitionists of the early 19th century, and above all, those who were enslaved, did not have that escape.

*The reality behind the chief’s claim to freedom of speech was untrue: the courts make provisions for law enforcement officers. Punishments range from fines to firings.